The Tennessee Titans play until the final whistle and defeat the Los Angeles Chargers in dramatic fashion! 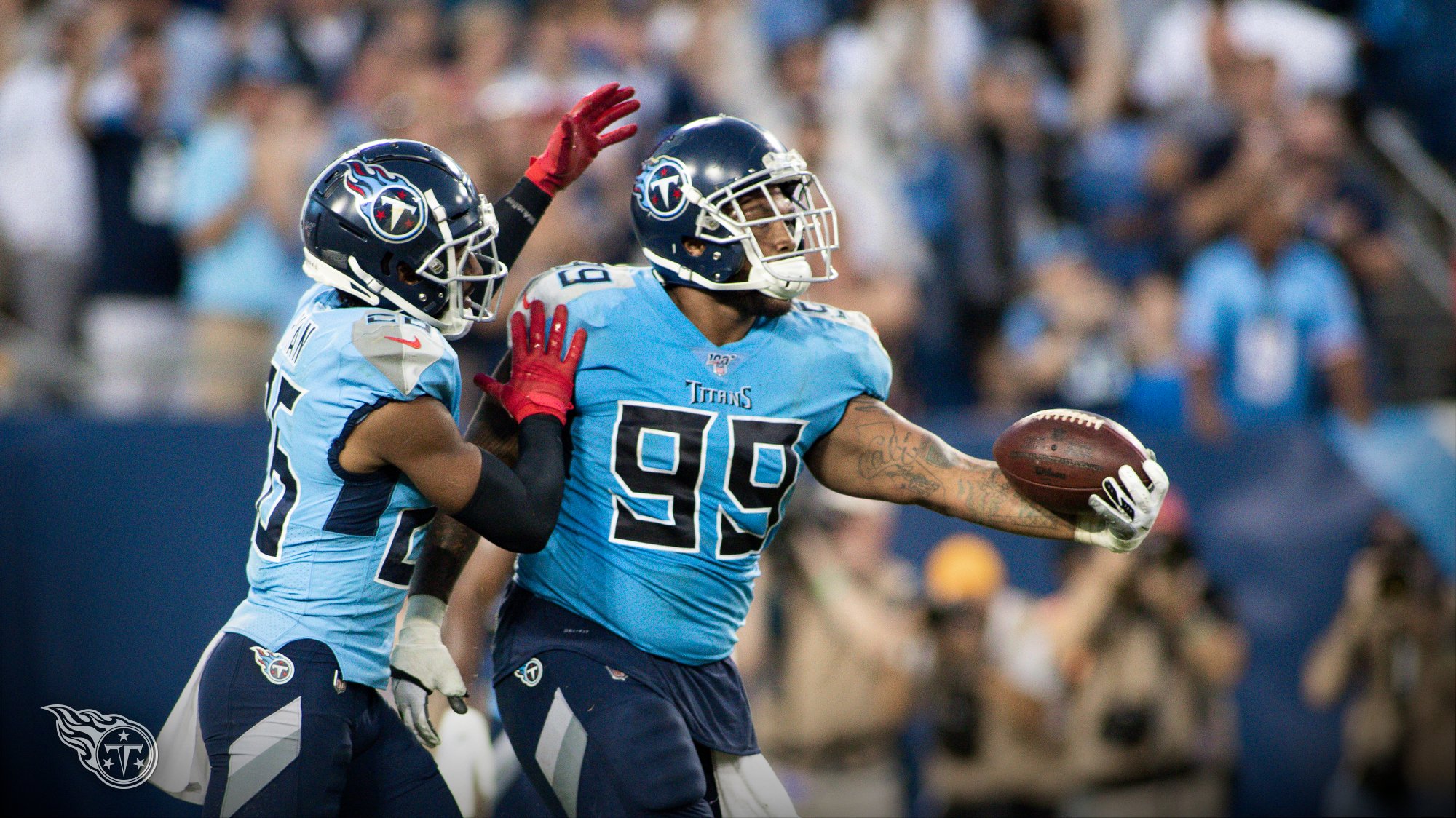 This game is an instant Titans classic. Seriously one of the craziest games in Titans history. Its cool that it happened in Nashville too.

Honestly in my opinion this might be an NFL classic.

The Titans and chargers played neck and neck all game long.

The Titans were up 10 with roughly 6-7 minutes in the fourth quarter and I felt pretty good about the Titans chances of winning this game.

The Titans were literally doing everything they could to lose this game it seemed. Chunk play after chunk play. The Chargers were slowly about to wreck the Titans' season.

At one point it literally seemed that the Chargers scored the go ahead touchdown with 37 seconds left in the game. After review it was revealed that the runner was short, barely.

'Who cares?', is what I was thinking at that point. The Chargers were a centimeter away from scoring and ripping my heart out.

The Titans were hanging tough though.

There was roughly 20 or so seconds left, honestly I can't remember every detail of the game, I am writing on happiness and adrenaline. I am a fan at the end of the day.

20 or so seconds left and its first or second down at the ONE YARD LINE The one tricky thing for the Chargers was that they had zero timeouts so running the ball was a slight risk if they could not punch the ball in the endzone.

The Chargers would not get the ball in the endzone.

After a pass interference and a stop or two (if I remember correctly) the Chargers decided to give it to Melvin Gordon. Melvin is stopped short and refs confirm it but Tennessee acts as if they have recovered a fumble!

During the end of the play and the Titans celebrating, other players and refs sorta stood around confused. The clock ran down to seven seconds and then stopped, somewhat mysteriously.

The refs reviewed the play and there was definitive evidence that the Titans LB Wesley Woodyard (The Lumberjack!) stripped Melvin Gordon and then defensive lineman Jurrell Casey recovered it!

The refs reversed a call and actually made the right decision!! Its such a rare and beautiful sight!

Call it luck but the Titans made the plays that they had to make!

It's been an insane week for Titans fans. Falling to 2-4 after a shutout loss to the Broncos. Long time starting QB Marcus Mariota being benched and veteran QB Ryan Tannehill being named the guy. Fans and media questioning the coaching staff. So many things man.

Its more of the same when it comes to inconsistency but maybe with a fresh look at QB the Titans can make some noise in 2019? I still have zero expectations for 2019. It is one game. I am not going to get my hopes too up, YET!

But I am going to be supportive every week and hope for the best! I am so happy we are 3-4. Looks a lot better than 2-5!

Great and unbelievable win, gonna go beat some butt on Madden with Tannehill at QB!

Steem on and sport on!

Congrats on the Titans' win. Really wish they had won by just one or 2 points though as I had the Chargers +2.5. Oh well... Chargers are such a disappointment this year after the great year they had last year. Meanwhile, the Titans continue to have my number as I can't cap them correctly at all. Lol.

Hahaha well dang yeah I am sorry the Titans couldn't come through for you! Yes the Chargers are disappointing but I wont be surprised if they are still a bit competitive the rest of this year. With Tannehill at QB being a game manager/competent QB the Titans might indeed be a more balanced team than with Mariota. Plus, despite that the Chargers were insanely close to winning that game!

Yes, the Titans still are ridiculously inconsistent. All I can hope for is that the QB change can help provide some form of consistency!

This match was something I was waiting for a long long time and it was really one of the best in recent times. I loved it and it was worth of a Sunday classic. many many congratulations.

Thank you for the congrats! This certainly a Sunday classic! Happy you thought it was a good game too.

Yes, it was really a good game and one thing to notice that whenever Titans make strong comeback or fightback, they usually do it with a bang. So much energy and extreme dedication. I think Titans are always good with their offensive strategy.

Yes the Titans were very dedicated last night! The Titans have good strategy and hopefully with their new QB they can execute better in future games. There are 9 games left and the Titans have work to do.

Congrats on the win. It was a crazy finish, fitting for a game between these two teams. They seem to find different ways to make the games interesting every week.

Thanks for the congrats, this game was super stressful to watch. Yeah these teams proved to be super evenly matched, plus with each team coming into this game at 2-4, this was a crucial game to try and hopefully salvage their season. An intense game was the result.

The last two games against the Chargers the Titans lost in dramatic fashion, its only fitting the Titans finally get a little payback. Lol.

I am really happy for you.

But more challenges are ahead.

Thank you and yes 9 more games!!