Could Tom Brady join the Tennessee Titans next season? 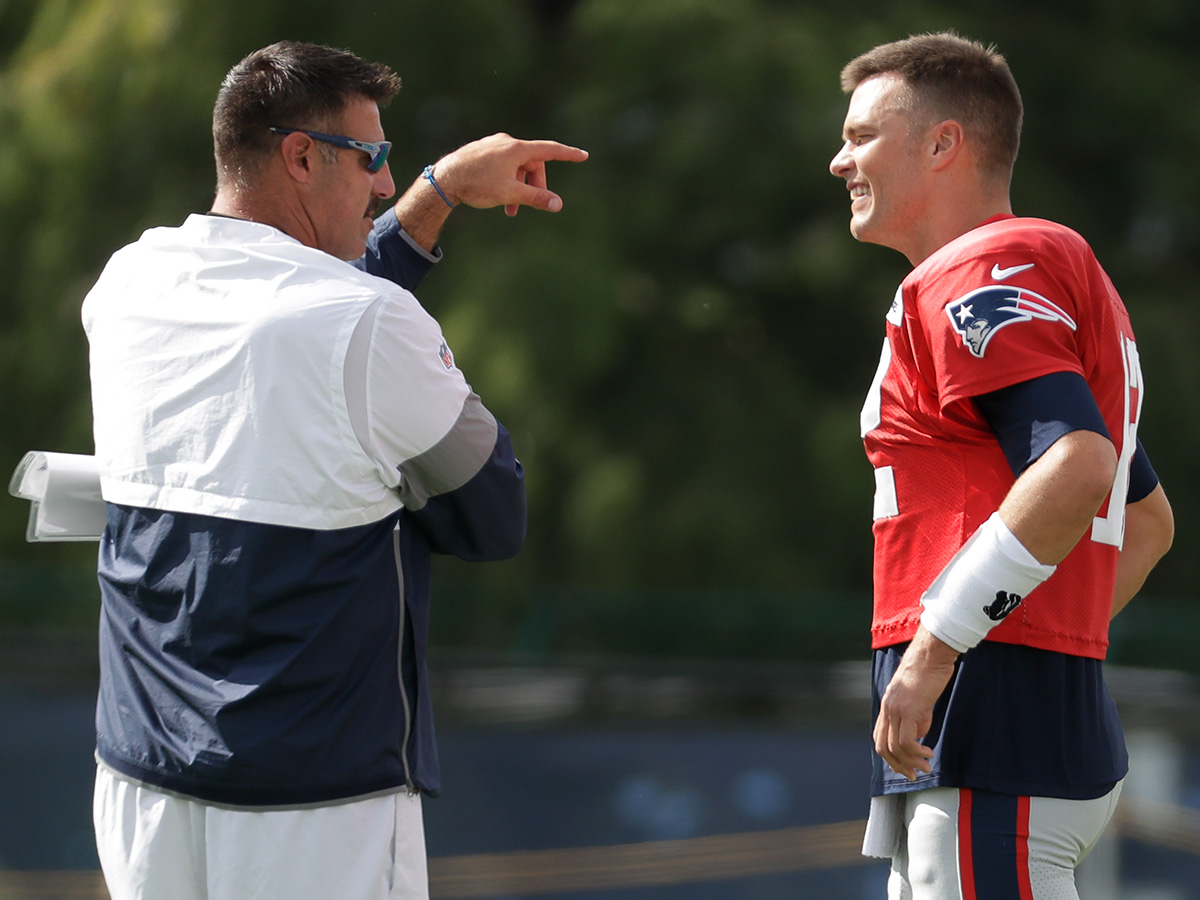 I thought of this the other day when Adam Schefter reported that Tom Brady and his trainer have their home for sale up in New England. Also Schefter said Brady's current contract prevents the Pats from putting a franchise tag on him.

I wish I would have written a post then. When Stephen A. Smith mentioned the possibility I got excited and upset I hadn't written the post. Oh well. It's what I get for being lazy.

This is total speculation at this point. A conspiracy theory.

But why might Tom Brady consider the Titans next season?

The Head Coach of the Titans, Mike Vrabel actually played with Tom Brady in New England and won three Super Bowls with each other. They are still close today.

Titans General Manager Jon Robinson was a personnel guy for the Pats from 2002-2013. He helped form teams around Tom, another Titans-Tom connection.

Titans Franchise QB Marcus Mariota recently benched and on his last year of his rookie deal. Current veteran Quarterback Ryan Tannehill is on a one year deal. Financial room for Brady maybe?

In 2018 the Titans beat on Brady, winning 34-10. I personally wonder if Brady was impressed despite the loss?

As Stephen A. mentioned, the Titans defense is really solid in Tennessee which is good for Brady.

Honestly who knows. Brady is getting old too, who knows if picking him up won't backfire for the Titans. But PLEASE don't get me wrong. I would be excited if my team got possibly the GOAT of football.

For now though its an entertaining and fun bit of speculation.

What are your thoughts of the Titans maybe having Tom Brady next season?

Steem on and sport on.