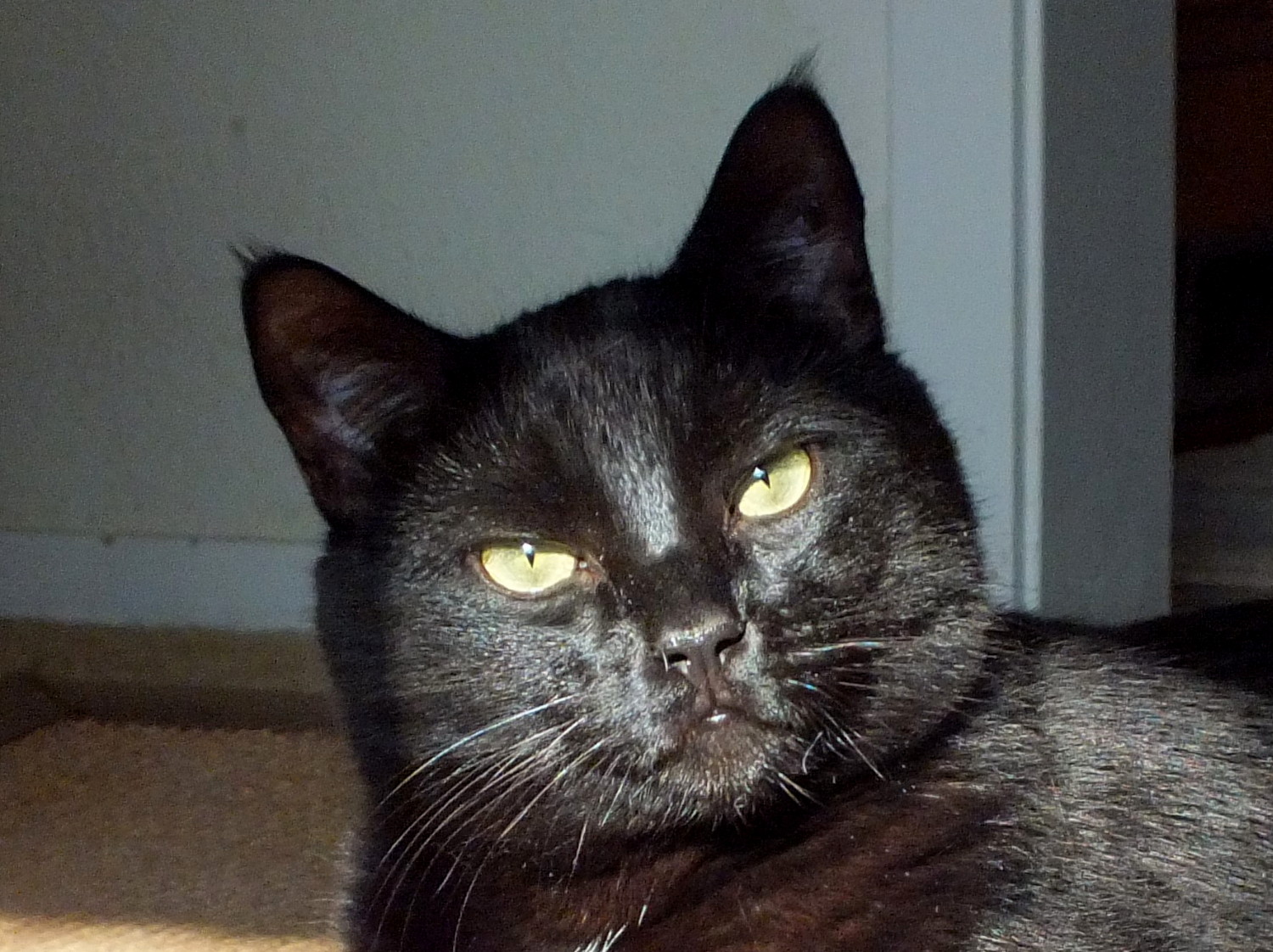 It's a lot of fun to see what folks come up with, now that we have the "Freedom to Create" communities that has come to Steemlandia with Steem-Engine!

So what does this have to do with cats?

Well, we all know cats are awesome and pretty much rule the world, but now there's something NEW to help us dominate the world, even more!

The Cat, as Himself

A couple of days ago, I came across this new idea and a set of Tokens... which are basically cat based. Why does this matter? Well, cats and their Hoomans tend to be pretty loyal to their own kind, so I had to check it out!

So, to get down to the basics, @catsmakekittens is somewhat like a variation on a perpetual income or basic income type program. But it has some intriguing differences.

It actually consists of two separate tokens: CATS which is the "master" token and KITTENS which are more like a "dividend" token you get as a result of owning CATS.

Or you could look at it a little differently, and consider CATS to be like a "mining" token, and KITTENS the result of mining.

Pretty self-explanatory (and logical!): When you have CATS, you end up with KITTENS!

The Cat... as Kitten

Population Control: Journey to the Null

Here's where it gets interesting.

Instead of the typical system where you end up with a bunch of tokens that seem to trade for ever less and less value as supplies increase, one of the interesting things about KITTENS is that their supply is somewhat self-controlling simply by the fact that you can turn KITTENS back into CATS by letting those kittens "journey to the Null."

Maybe that sounds horrible, but it's really not!

Quick FYI, if you're not familiar with the terminology: The "Null" account is where tokens are permanently taken out of the marketplace.

So basically, you can build yourself an increasing CAT family, by saving your KITTENS and turning them into more CATS, rather than trying to sell them for pizza money.

And no worries! The KITTENS are not harmed by journeying to the Null... most of them just get to be in eternal playtime, while a limited number come back to you as CATS.

CATS are not really a trading token, more of a holding and investment token... a bit like SBI. Your gain is a long term thing.

A really good reason to hold CATS (aside from them being soft, furry purring creatures!) is that "CAT Holders" are rewarded with upvotes on their posts, according to how many CATS they have.

The associated @catscientist account oversees upvotes for those who own cats. And those upvotes don't just cover Steem, but a large number of the new "Tribal Tokens." And @catscientist is a pretty "heavy hitter" in several tribes, meaning you could earn yourself some pretty stout upvotes if you're using the right tags!

Get Your CATS.. While You Can!

Of course, on learning about this project (and also being a SteemBasicIncome fan) I immediately had to "have a talk" with the Hoomans here, and managed to talk the Dad-Hooman out of enough liquid Steem that we could "adopt" five CATS here, as a sort of long-term investment. CATS currently cost 17 Steem each, in the Steem-Engine marketplace.

It'll be very interesting to see how it all turns out, as this is a brand new project. You can read the introductory post, yourself.

And finally, the disclaimer: This is NOT "Investment advice," I am simply sharing information about something I happen to be interested in... make your own choices, after doing your own research!

Howdy @curatorcat! I've got some steem I can use the buy a cat or two and am interested. Can I buy cats on Steemit and they go into my Steemit wallet? I'm confused to how all this works.

CATS and KITTENS are Steem-Engine tokens and are trading on the market there. https://steem-engine.com/?p=market&t=CATS is the market to buy CATS!

I think @catscientist pretty much answered... you just need to get your Steem-Engine account/wallet running... that way you can be part of the program and also benefit from the tokens the various other "tribes" are using.

I've got a Steem engine account I'm just not an expert yet at using it. I will click the link he provided above and see if I can figure it out.

Thanks for the support @trufflepig!

Very interesting! I'm going to have to check this out! Have a purrr-fect day!

This is quite an interesting project @coreyb! Since you're already quite active with the Steem-Engine tribes, this would be a good "investment type" project to add.

Thank you for the love! Awesome to see people excited about our community (I'll try to slip you a few extra votes if I can but don't tell anyone else)

Thank you @catscientist! This is a really cool and unusual project, and I definitely think it's a good one to be an early adopter in. Appreciate the votes, too... I can use some of those NEOXAG tokens... its the one "general" community I did NOT get vested in from the start... as mentioned on one of the @catsmakekittens posts, I just sent 17 kittens on their way...

Well done! I hope a parade of kittens march their way into your wallet!

Thank you @ironshield, very fond of this particular initiative!