What If There Will Be World War Three? 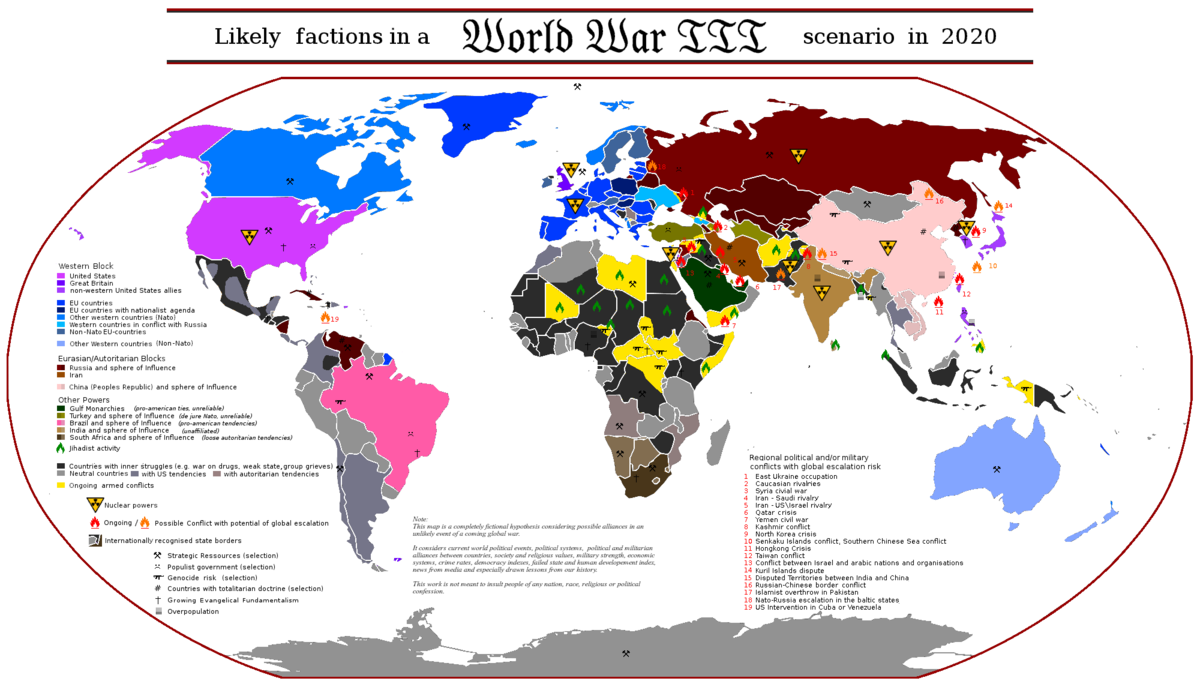 There is a clear and present danger not only for Ukraine, NATO, but also for the rest of us living here on earth. I can't imagine what will happen if nuclear missiles starts to fly over any country and eventually hit it. Then a ping-pong of these missiles will soon crisscross the globe possibly annihilating billions of people including those that survived but eventually will be poisoned by radioactive clouds of dust and debris fallout.

I can't believe that I am starting to even discuss it here but it is frightful to even think about it's possibility to happen in this day and age because of a paranoid leader in Kremlin that actually had threatened the West that it is ready to use these nasty weapons just to assert their objectives. The leader behind the Kremlin is a product of communism and had gone rouge enough to cause global uneasiness and as of now Ukraine is taking a hit.

The west is very cautious in involving itself in the war in Ukraine, all that it can do for now is to impose sanctions and financial implications and trying to isolate Russia from the rest of the world in every aspect including in spots and entertainment, services, selling of products, freezing and seizing assets from Russian Oligarchs, and all so that Russia will get squeezed from tis efforts to fund it war machine.

The NATO or western intervention is prevented to happen because of course a direct confrontation is the final nail in the coffin, it will mean world war 3. But for how long NATO or the west will not intervene? What will be its breaking point? What if Ukraine falls? Then Russia will just continue to expand and I guess that it might be he tipping point making world war 3's possibility and inevitable event to happen.

What will the rest of us do if such global catastrophe happens? Nothing that we can do but to be prepared as much as we can and make use and enjoy our life now because it might be one of the best days of our lives. Always pray for Peace and turn to God.