I'm Sorry About The City Of Kiev, It Will Be Like Jerusalem Siege By General Titus From 70 AD 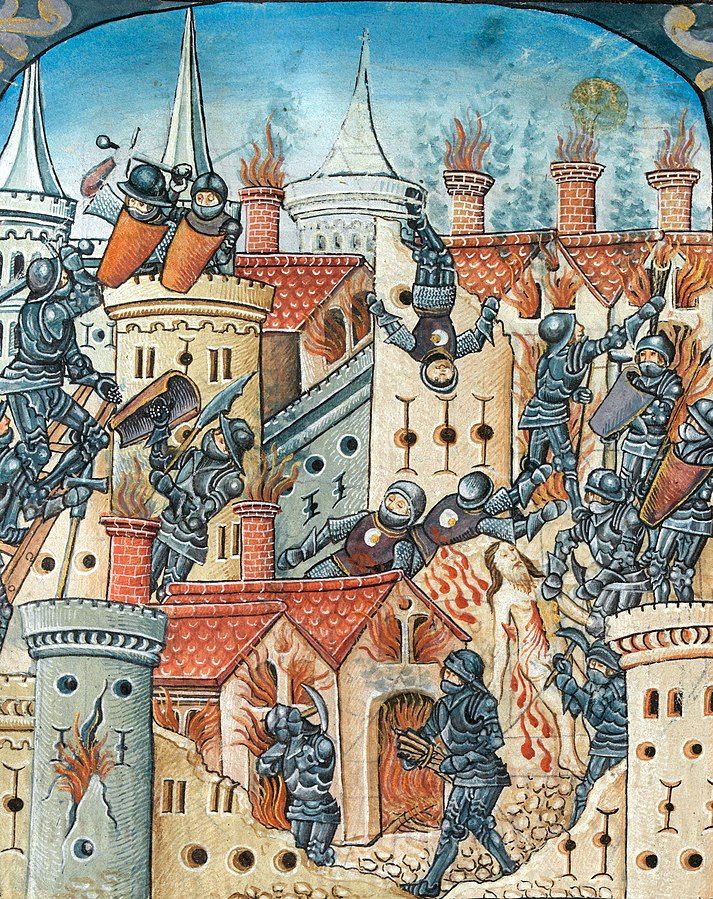 The capital city Kiev of Ukraine is now in a very precarious situation not to mention other areas of Ukraine especially Kharkiv in which civilian complexes are now also the target by cluster bombs, shelling, and other Russian military attacks.

Now a column of kilometers long convoy of Russian military vehicles, tanks, supply vehicles, troops and all is now had been days on route to the city of Kiev. Well the reason for that is to encircle Kieve to lay siege on it and to conquer it.

There will be a stiff resistance because if Kiev falls then the other cities of Ukraine might get demoralized and might also capitulate. I guess that Putin knows the value of conquering Kiev because of the said reasons.

It reminds me of the siege of Roman General Titus to the city of Jerusalem at around 70 AD where Romans created a ditch or earthen dikes around the city and wait for it to starve to death to make it weak before charging in to kill the people inside the walled city of Jerusalem.

But I am assuming that it will definitely be a very hard fight for both Russian military and the forces of Ukraine (the regular soldiers, militias, and the volunteers) because of course the Russian military is one of the biggest and has the most modern weaponry in both land, sea, and air not to mention the nuclear capabilities which the mad man in the Kremlin just threatened the Western powers with a couple of days ago.

My heart now goes in the people of Kiev in this particular instance because there will be a certain blood bath, many people will die inside the city even though if there will be no way to go out from it then it will be suffocated and the inhabitants starved with resources like basic services like electricity, medical support, food and water if Russian military effectively encircles it.

I assume that Kiev with take a savage beating from Russia and I do think that if Mr. Putin loses his patience he might use a more vicious types of weapon to destroy structures inside Kiev just for its inhabitants to lose the will to resist and fight.

But I guess that the people of Ukraine will just choose the fight to the death rather than be enslaved by Russia's Pacifist government, a type of government full of lies which undermines the freedom and even the life of an individual if it will challenge the government. That is why the world is against this kind of evil work of Putin and I hope that the people of Ukraine will remain to stand their ground so that they will not get under the power of Putin which is by far one of the most evil person on earth at the moment.