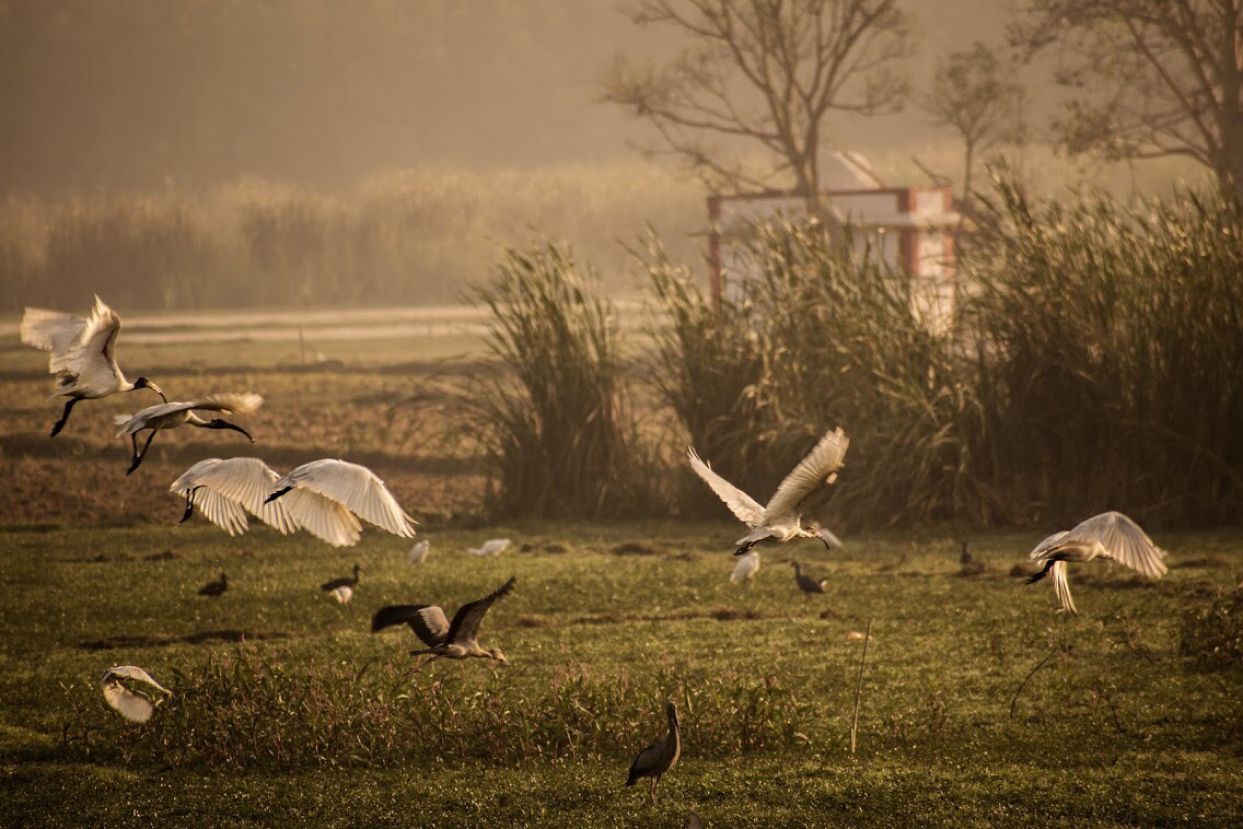 I am a traveler and a photographer, whenever I travel from places to places I always carry my camera with me, who knows when it comes in handy and among all the places that I have travelled so far in my lifespan, there is one thing common in all of them, 'Birds'.

I love birds they are so kind and sweet, and their different colours make us feel that how beautiful this world is, in which we all coexist.

Today I am going to show you some of the best pictures of birds that I have captured while I was on my travel saga to different places around the globe. And before I began I would like to tell you that bird photography is random, you can't plan and click the photos, it has to to instant and out of nowhere, so always carry your camera, already told you.

These were one of the very few shots that made me realise that yes this is true photography and I have mastered it.

I was on the roof of an hotel in Jaipur and it was a morning time and a saw a black eagle hovering in the sky, it was doing circles, maybe watching on its prey then I captured this black beauty

in my camera and I got lucky there, I clicked the perfect shot.

This is a song bird, found in the tropical asia, I clicked this picture when I was in Kerela and exploring the nearby woods, I heard a soft chirping in my ear and the soft song attracted me towards itself, the song was coming from the trees, I readjusted myself a little bit and saw this beautiful beauty

I wasted no time in capturing this sweet voice nightingale.

This is a very common bird which can be found easily, even in our hight human populated cities, they make their own life among us,

they live in the flock, this is the photo when I was in my home balcony, this is just the routine photography which I do while roaming around the house, these birds are very shy in nature, I can bet that no-one may have seen these birds drinking water but don't worry folks I got a picture for you here, Isn't this beautiful ? Yes it is.

This bird was originated in france in tge 19th century, they are not egg type birds so usually they are kept for decoration or meat purpose. I captured this when I was in Prague. I was walking on the street and found this beasty, They are usually

heavyweight but they are beautiful to look at.

This bird is found in eastern asia, they are rather small in size and found in the open field and meadows. I took this shot when I was in leh,  at first sight you would hardly recognise that this is a bird but due to its mischevious nature you can observe her jumping here and there very rapidly and that's when I recognised, an indeed it's amazing.

They are similar to the house sparrows but they are rather small in size and they love to be in the natural surroundings rather than the concrete houses like house sparrows. I captured this beauty when I went to my hometown and was in my fields, they can be found very easily.

This bird is also a song bird, it is usually medium sized bird, with a red patch on the side of the ears and under the tail make this bird beautiful to look at, this bird can be sean in India and I captured this one when I was outside my tent in Manali, I wish she would have sang for me but I was unfortunate there and settled in just the photograph of the singer.

This a rather large bird than medium, with a long bright bill and buff neck this is a very rare bird to find, they are usually found in lowland water habitats, usually places near to water streams like edge water stream forests or canals, the voice of this

bird is rather harsh becoming softer gradually as it fades. I clicked this one in the tropical area of Sri Lanka.

Thankyou for reading and viewing my photography.

Thankyou for your support

This would be a great #featheredfriday post! Thanks for directing me here @qwerrie! ❤️

Marvelous bird photos and information! If you post your birds to #featheredfriday they may be seen by other bird lovers!
The tag is not specific to Friday, you can use it any day.
!Tip

@melinda010100 wrote lately about: It'S A Beautifully Sublime Sunday That Even Has Boulders! Feel free to follow @melinda010100 if you like it :)