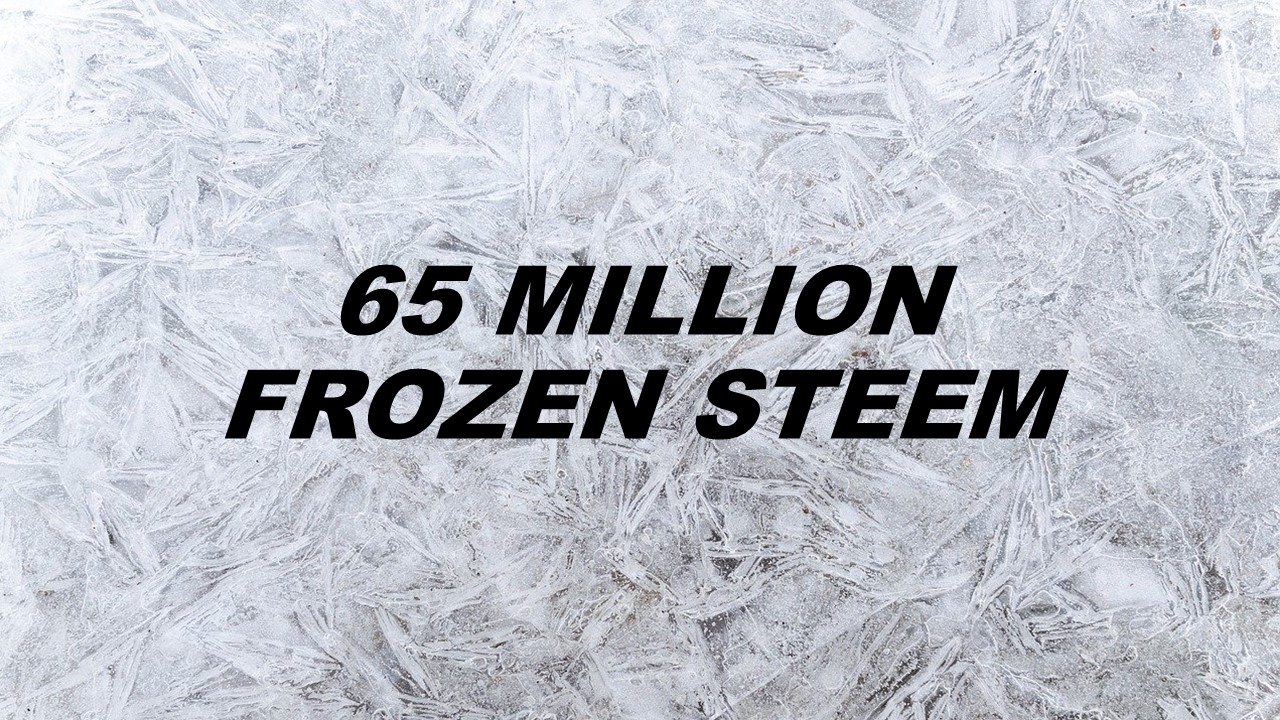 A few days ago the witnesses implemented “Softfork 222” they have temporarily frozen /suspended five accounts: here are the five accounts with their relative value.

I’ve been doing my own research on the topic, in terms of the volume of accounts they could have frozen under the same principle this is a very small proportion.

You MUST have seen the article I am referring to here and the response from Justin here. Justin is arranging a town hall discussion for 6 March 2020.

These five accounts represent the vast majority of what has been described as “ninja-mined” STEEM. There is little content on ninja-mining, but if you missed @aggroed’s opinion on ninja mining it is here.

With these 5 accounts above valued at approx. 65 million Steem and the Steem Supply being approx. 374 million – they could potentially yield a lot of power.

As an example: the largest current witness voter @freedom has circa 10m SP and so if the Steemit Inc accounts were used for voting for witnesses the keyholders to this major stake (equivalent to 65 million SP) could in theory replace all the current witnesses, and bring about a new course of direction for the Steem Blockchain.

The very topical issue has raised so many questions to me:
1) Does a promise to a community to use the Steem Power in a certain way or a “2017 roadmap” explaining how it could be used, have any legal sway on how the stake is to be used? I doubt it very much
2) What is the definition of ninja-mined? There will be a cut-off in March 2016 when many others could mine Steem to the same extent as the Steemit Inc team and staff
3) How do you identify the list of accounts created in chronological order? Can it help identify when ninja-mining was started by others and therefore in theory when the sole bias towards Steemit Inc ceased?
4) Could the SPS fund a Ninja Mining Investigation?
Please let me know if you have any opinions on these questions.

Not all of witnesses have implemented the software code (0.22.2) to enact the soft fork: I know that @timcliff here and @blockbrothers here have both explained why they won’t implement the temporary softfork code.

For more information on Witness Voting - please see this post. Exercise your right and get voting for witnesses: https://goldvoice.club/steem/@cryptocurator/witness-voting-as-important-as-ever

I assume Steemit can still delegate and do they may be able to move some power to other accounts that could vote. They may also still be able to sell some of their Steem, but with Justin's support they may not need to. Ned did mention running down how much Steem they hold at one of the Steemfests. I guess they should have less as they sold so much to cover costs.

The 'town hall meeting' should be interesting. I hope the witnesses can work with Steemit to move Steem forward. Meanwhile we should all be using our votes.

Hi Steve, I certainly got the impression that they would not be able to delegate, move power, or sell steem with the restrictions the witnesses have put in place. See here @someguy123 post on the softfork: https://goldvoice.club/steem/@someguy123/announcement-soft-fork-0-22-2-released-steem-in-a-box-update
I expect the Town Hall Meeting to be very interesting!

I wasn't sure based on the list of operations on the original post. I think the main risk is that they could displace the existing witnesses. That would be really bad. Justin did not complain about this change. He could probably buy a load more Steem for other accounts of he wanted. I think we should work on getting the Tron community more engaged with Steem so it has value to them.

The code for such a limitation also was implemented way back in 2016 - so it was something that was supposed to be enforced by the blockchain.

This doesn't account for the stake stinc ninja mined with sock puppets.
The number of accounts mining was high by design, but the number of Devs capable of mining far fewer.
We don't yet know where that ninja mined stake is, nor whether it powers up and witness votes, or keeps dumping.

Thanks for commenting. I don't have all the answers to the questions you pose here, there definitely was a high number of accounts - please see my post today - I think there were circa 155 designated mining accounts, and there is 300k of STEEM still in those accounts....
https://goldvoice.club/steem/@cryptocurator/are-these-steemit-inc-ninja-accounts-is-there-an-unfrozen-whale