Elrond - Everything changed when the internet transitioned from dialup to broadband 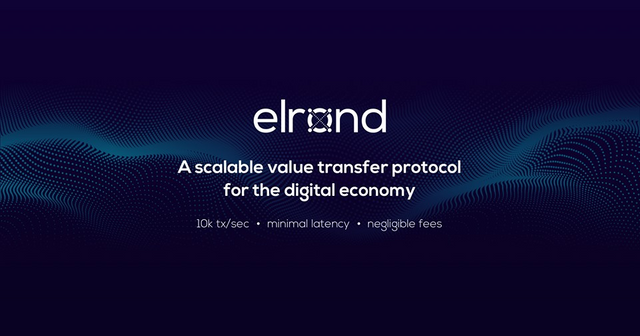 Probably the most important of the solutions that the developers of the Elrond project were able to implement is sharding technology (from the English. Sharding - segmentation, dividing into parts). The essence of this technology is that, in contrast to conventional, linear blockchains, cryptocurrencies and systems working on sharding roughly speaking a few blockchains whose points (nodes) have many points of contact with each other. These nodes are called shards, and each such chain of shards is relatively autonomous. In the diagram, such a system is similar to a web, or, to use the language of higher mathematics, a graph whose vertices also have several connecting edges with other vertices.

This approach allows you to significantly increase the speed of transactions and infinitely increase the scalability of the network, because (again, in simple words), and a single unit of time, several blocks can be recorded in such a blockchain, rather than 1, as occurs in the classical, linear implementation of the blockchain.

The use of sharding in the Elrond system allows you to achieve unprecedented speed. In tests, the primary Elrond network was able to show the result of more than 12,000 TpS (transactions per second), which is thousands of times higher than the performance of other cryptocurrencies working on a regular blockchain. The base speed is about 500 transactions per second (at least as much as I recorded in the Elrond blockchain browser at the time of writing this review).

It is also worth adding that at the moment the Elrond system is almost the only ecosystem in the cryptocurrency sphere in which sharding technology is successfully implemented, while maintaining a high level of security and decentralization.

Well, of course, that such a high speed of work is also due not only to sharding technology, but also to the special mining consensus - SpoS.

The crypto currency exchange Binance is one of the most reputable and respected in the modern market. And the coins that conduct IEOs on their Binance Launchpad site certainly deserve more trust than conducting regular ICOs or IEOs on other exchanges, since in this case Binance acts as an intermediary, and, betting on its impeccable reputation, confirms that this the project is promising and honest from their point of view.

In addition, Binance CEO Changpeng Jao ​​personally spoke positively about the project on his blog, which also inspires confidence.

The Elrond project team will tell you right away, is a rather large 18 people + 7 consultants and advisers. However, given the amount of work that they are going to carry out, this is quite logical.

Of those employees who immediately attracted my attention, I would like to note:

I will also draw your attention to the fact that 19% of the total fund of ERD coins is allocated to developers. However, this pool of coins is blocked for 3 years and will be paid to developers in installments during this period - this is prescribed in the smart contract and if these guys were scammers, they would probably go for such a restriction for themselves.

But of course, I do not urge you to run headlong and invest in this project. The field of cryptocurrencies is very risky, so always think three times before making any coin purchase or investing in a token.