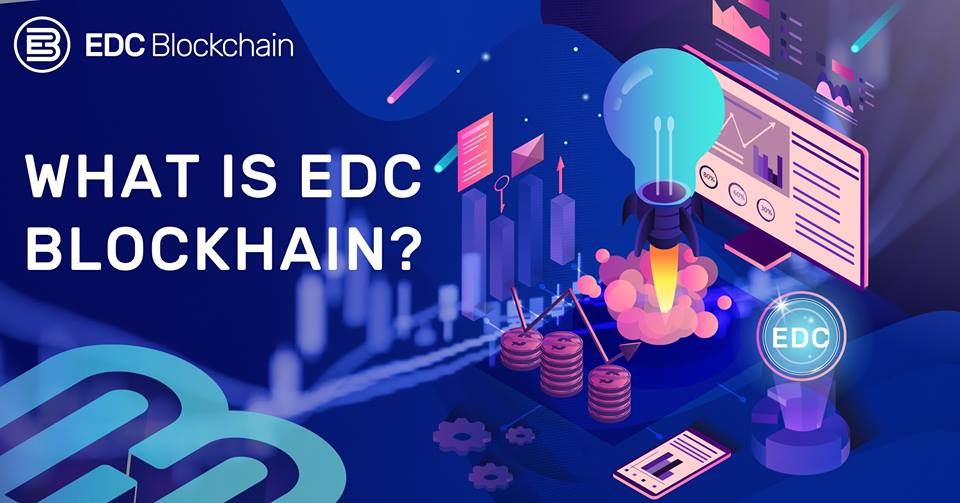 At the moment there is a huge amount of remotely distributed registries for storing data or simply blockchains. They all have both advantages and disadvantages. Today we will get acquainted with another project - EDC blockchain , which, unlike many, looks attractive to investors and some interesting ideas.

EDC Blockchain - or as it is also called by developers, the platform of new opportunities, is a comprehensive platform with its own cryptocurrency and the ability to create your own blockchain solutions for implementing your own ideas in any business. Some of you may ask: "Why EDC blockchain? Is there no other projects?" Of course there is, but three important facts speak in favor of EDC blockchain.

Naturally, if we are talking about a project, it is impossible not to look at its advantages as compared with its competitors.

What does a project need to be successful? What do investors and participants need from the project? On these two questions, one sure answer is listing on exchanges. Regarding the EDC coin you can say - listing on leading stock exchanges. Analyze the names of exchanges where this sonnet is traded: Yobit, Idax, Bit-z. And this is without mentioning other, less well-known exchanges.

Many, especially now do not like this word. Having heard it, video cards immediately come to mind, incredible costs for iron, heat dissipation, and so on. However, on the EDC blockchain platform, everything is different. There is no need for powerful equipment at all. It does not even need to keep the wallet constantly open. In our case, the coin holders donate them to the common pool, where, depending on the contribution, the coin holder receives a profit. Such a process can also be called remote mining.

Which blockchain chains are now valued? That's right, fast, able to handle a large number of transactions per unit of time and reliable. All these words can be described EDC blockchain. In our case, we are talking about the Bitshares 2.0 Graphene protocol. This ensures fast execution and verification of transactions, multitasking and many tokens, extraordinarily low commissions and the necessary security for data storage.

What is EDC blockchain and how the platform works, we found out. Now it remains to see what can be realized with its help.

With the help of EDC blockchain, you can not only create (mint) coins, but also manage, store and even trade.

This is a convenient and safe means for storing your capital. In addition, there is support for multiple currencies, which is why it is sometimes called a multi-currency wallet.

Want to create your own cryptocurrency? And can tokenizit business? Then EDC blockchain is your solution. On this platform, you can: attract investments, create a platform for raising funds, pay for goods or services, and create decentralized applications.

This sub-item gives even greater versatility to our platform, since on it you can not only create your own coins and platforms, but also promote them on the Internet.

EDC Blockchain can be integrated into another project, for any needs.

We have already found out that at the moment the project is almost fully implemented. However, nothing is perfect. The project team is constantly striving for the best, and therefore the following is planned for the near future:

It is no secret that a wallet is needed to store coins. This was taken care of by experts from the EDC blockchain. For us, the EDC coin holders, a convenient and multifunctional wallet was created. With it, you can store coins created on the EDC blockchain platform. Moreover, the wallet operates on all platforms, including Android and Windows, as well as in the form of permissions for browsers. I would also add the ability to send coins directly from the wallet to the node.

I became interested in the EDC blockchain project for several reasons. First of all, this is already a working project, which has declared itself at the top of its voice and only from the best side. Secondly, managers have big plans for the future. And knowing how they implement it, it’s not worth doubting that everything will work out. I am sure that the EDC blockchain project is one of the components of our successful future.

More information on the project EDC Blockchain please visit their website listed below: