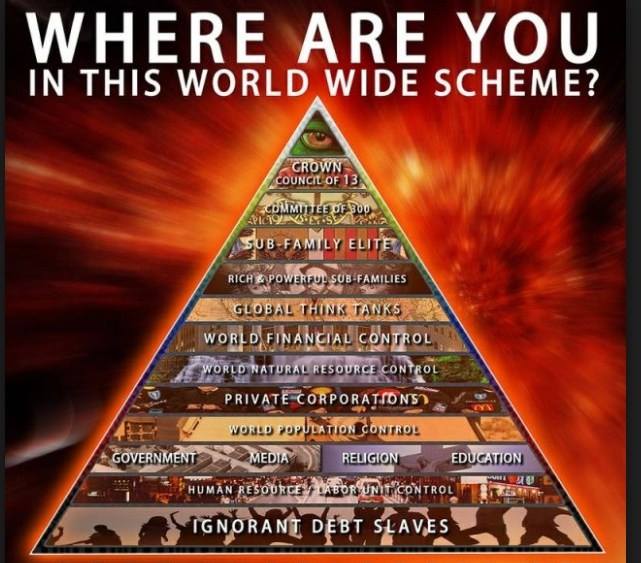 I am writing this all to you to let you all know that I have been released from Facebook Jail, less than 2 hours ago.

First; let me explain why I was incarcerated in the first place. I wrote an extremely long (1000 words at least) essay/diatribe/speech/manifesto in which I used my freedom of speech under U.S. Constitutional law to explain the truth to the people out there in 'Facebook Mind-control Land'. What those truths might be; I cannot repeat, because I risk being censored again.

However; I did save the essay, and I will e-mail it to whomever wishes to read it. I am risking being censored again, but Facebook is not a platform for the freedom of speech. If you tell the #truth on here, you're liable to be castigated. This is perhaps the 5th time I've been placed on a 30-day ban for speaking out against the cabal's globalist paradigm. Facebook is not my friend; and not your friend either.

Within SECONDS of my essay being posted, it was removed and the ban was issued. Clearly, there is an AI algorithm in place to detect certain verbiage and crack down immediately (read attached quotes at the end of this post). It is well documented, but very secretive, that Facebook has thrown billions into AI research.

The fact is, Facebook watches every single one of us, and saves all of our information for eternity into massive databases. Every picture, every "private" message, every dick pic, every "private" group, every-fucking-thing is being saved and being monitored. They are the eyes and ears of the elite.

How can any of you feel safe using this platform knowing that Big Brother is watching your every movement? Even if you're not committing crimes, or have nothing to hide, does your sense of privacy not feel violated?

It boggles my mind, but I am here to inform you all; regretfully, that I will not be interacting with ANY of you here on this "social media monitoring" platform. I will occasionally post links to Youtube videos and the like to attempt to "awaken" to a higher form of consciousness so that you can perceive all of what is really going on in this world (universe).
In doing this, I will have to watch for #redflag terms, like #GeorgeSoros , etc.

It's not that I am scared of Facebook jail. I am not going to willfully participate in the voluntary brainwashing, fake news, and censorship being deployed on this platform. I am not going to allow them to monitor my every thought and status updates. I am not going to let them know that I know who they are, where they come from, and what their agenda is (even though, I just did, and they already know that I do). I, and the #alliance will continue to operate in secrecy until they are all exposed for who and what they are.

If we're not telling the #truth, then why are we consistently being censored by the MSM, FB, Twitter, Reddit, Google, etc...? Because they know that we are connecting all the dots, and they are fighting for their very survival to keep this pyramidal debt slavery scheme operating.

That's all I really have to say about that. Stay tuned, and do your fucking research you damned lemmings/sheeple.

This is Crypto Astronaut, over and out.

** "Last Tuesday, Facebook did reveal the details of how it uses a tool called Rosetta to help automatically detect things like memes that violate its hate speech policy or images that spread already debunked hoaxes; the company says it uses it to process one billion public images and videos uploaded to Facebook each day...

...Rosetta works by detecting the words in an image and then feeding them through a neural network that parses what they say. The QAnon conspiracy theorists created memes and videos with deliberately obscured fonts, wonky text, or backwards writing, which they believe might trick Rosetta or disrupt this process. Many of the altered memes were first spotted on 8chan by Shoshana Wodinsky, an intern at NBC News.

"Maybe we have to think of content moderation as an ongoing effort that must evolve in the face of innovative adversaries and changing cultural values."

It's not clear whether any of these tactics will work (or how seriously they have even been tested), but it's not hard to imagine that other groups will keep trying to get around Facebook. It’s also incredibly difficult to build a machine-learning system that’s foolproof. Automated tools like Rosetta might get tripped up by wonky text or hard-to-read fonts." **