Splinterlands Guild Play: Hold Your Horses (or Dragons in this Case)- Some of Us Were Expecting this Exact Result-How to Keep Guild Play Robust Widely Competitive Rather than a Few Hoardes Ruling the Entire Universe 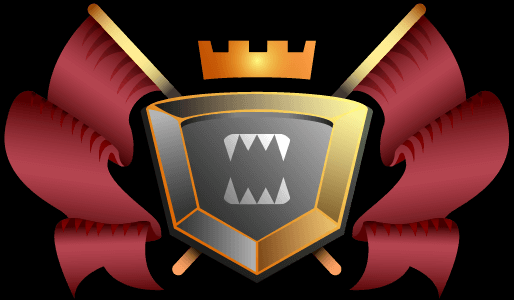 Human nature is taking over in guild formation already. The pack or gang mentality. This was seen by yours truly and several other of you I am sure from a mile away. The phenomena is quite common. Top tier talent is hoarded, collected, and monopolized to form a "Super Team" that attempts to monopolize the rewards and bounty of an given competitive skill set. Luckily with my history and knowledge of the first professional baseball/professional sports teams forming in the 1860s to present, and how economically all of that was done in the game theory desired I can shed some light in how to combat this unbelievably predictable bit of human nature and help prevent @splinterlands become a clone of the drugwars, which, no offense to drugwars, is something that I know the Splinterlands does not want to become-an elitist game that drives out all competition and development at all levels that can't survive or develop without the three or four teams that virtually kills off any growth because of a monopolized talent pool and rewards pool for the game.

First, throughout baseball history there has been a desire to keep "the entire league itself" afloat. Even with super teams throughout the decades and now centuries, it doesn't matter if there is one super team, regardless of how good and loaded their team is if there is no other "show in town," or the region at least to have a competitive shot against the said super team. Organized professional baseball throughout it's first 35-40 years learned the hard way that if the league itself is not promoted and safeguarded regardless of the apex of its talent pool, the league will surely die wind up in an apathetic state to the masses and this is especially applicable to the Splinterlands Guilds.

The rule set for maximum numbers of players is okay, you can have as many players as you would like that really doesn't matter. Having a massive list of reserves of the best players a guild can get is nothing wrong in one sense, but there needs to be a clear minded management of resources in play by the league itself. Major League Baseball (or what it would become after the first four 'Major Leagues' folded because the above mentioned phenomena mentioned of dominance versus apathy in other places) learned this lesson over time. They always had what was called a "Reserve Roster," well before there was any kind of farm system or "Minor League systems," as there are now.

What truly exploded the game, its interest was the ability to widen its relevance across geographic areas and having controls over the 'whore-mongering' mentality of competitive balance. Baseball now has so many safeguards against this that have been implemented over the years its not even funny. From initial farm clubs for each team, to a regulated fully balanced amateur draft, to International Free Agent signing pools, to Rule 5 Drafts, to a robust waiver system, and so on. Luckily for us we can avoid all of these things and play off of the game theory that will make @splinterlands a broader shouldered guild system versus, an obelisk shaped vertical tower of elitism that will surely lead to apathy by the masses as has happened before in countless other competitive endeavors.

To prevent this phenomena from fully taking over there are some very easy steps to take. Point by point...

2- Active Roster Limits of 4, 8, or even up to 16 at a time to enable a tournament mode between individual players in guild battles.

3- Set number of levels of play including a system of having finite numbers of players competing at different levels in each guild.

4- For every 4 players have 2 players that play at Diamond Level or higher, 1 that is at the gold level, and 1 that is at the silver level-as in that is the level of matches that will be played for guild results. Guild A bronze level player vs Guild B level player. Have that as a roster designation to begin with a max of 32 active players and all of them designated on this ratio to promote a spread of wealth and talent across the board.

--8 player guild (example, multiply by 2 and 4 for 16 and 32 players if applicable):
4 Diamond/Champion Level (fully maxed limits), 2 Gold (Gold max limits) 2 Silver, all playing at these respective levels. Multiply these levels for each guild with as many numbers of players you want per guild, but in my opinion have a cap of 16 players per guild with no more than 8 active and no more than 8 on the total reserve roster. That way you can reward depth but keep it under control to a degree, allowing competition across the masses versus tiny pockets of competition and the rest of the game scratching their heads wondering what happened to the rewards of this game. Without competitive balance we will have a Splinterlands game theory that is doomed to die a slow, apathetic death.

5- Place a greater premium on Gold Cards played on the guild levels. Whether this be more highly proportionate rewards in DEC or whatever the earned "perks" are that go with the development and implementation of the system. There will always be an artificial roof of gold values until some kind of additional reward system for highly sought rarities in gold versions of cards are given their just due.

6- Rosters Need to be Locked at the Start of the Season until the End.

7- Have a more lengthy period of time per season for Guild play. My recommendation is a month or perhaps even longer.

8- Allow a 'Free Agency' or recruiting phase cool down period of at least a few days following each season and before another one begins to allow people to readjust their teams to better fit the will of the players on their rosters. This will allow more guilds to spring up if the inactives or reserves on the roster to possibly seek greener pastures if the situation arises. Plus it gives guilds time to re-balance their rosters should something come up should a player unexpectedly leave.

9- One steemit user with a starter deck equals one entrant that is locked to a roster for a season. Each account is able to play for one guild, no more no less, unless blacklisted for whatever unforeseen reason by the organizers of the game.

10- Recorded stats count for active players, reserve players do not. Reserve players are the 'hired guns' or limited participants for whatever their reason. They of course would accumulate rewards only when used as an active participant, which can be done if there are up to 32 player guild tournaments head to head, similar to what a wrestling meet or track meet would include. Like versus like players meeting each other head to head. You would essentially have a 'player manna system' in place very similar to the card manna system in place rather than just having everyone playing their Legendary cards every time but in the same avenue as the player's level being reflected.

These are the principles that have been burning in mind since I first heard there was to be a guild system quite a few months ago. Keep posted, there may be additions/alterations to this, but of course this is just for entertainment purposes only as I am not a member of the Splinterlands, just a heavily invested member of the community in seeing its success going forward.

Please feel free to respond with replies in the below comment section and thank you very much for reading the post!

wow, @cryptkeeper17... that is one of the finest posts I've seen... You did a great job of laying it out and putting the issues on the table. I hope @yabapmatt and @aggroed take it into consideration when they design the guild "tourneys/matches/events"... I'm not only upvoting but resteeming it too! Awesome job!!!!!!!!!!!!!!!!!

Wow tThat is extremely cool thanks @davemccoy. That comment means a lot considering the source. These are all very important things to consider and I think they can bypass a lot of problems and make this "a catchall" versus major leagues, minor leagues, amateurs, etc. All guilds can be built in this structure and it spreads the heavier hitting accounts out creating an ideal environment for maximum participation and independence of the player to make their decisions based on their best interest.

Yeah we will have to see PK, I hope not but there is always a shot at re-adjusting as needed. If it's broke it can be fixed.

To me, the "whales" are just people who have invested the most in the game, and I think we kind of need people like that. Not sure how some people having far more cards than others affects the gameplay of people at lower levels who can't or don't want to invest thousands of dollars into the game.

Maybe the problem is that all levels compete on the same leaderboard. So the "champions" will always have whales amongst the ranks since they have the most powerful cards. Maybe there could be champions of bronze league, champions of silver, etc. etc. So people feel like there are attainable top goals for them. In reality, without at least spending some money on rentals, the actual Champion league or top of the leaderboard is simply (and understandably) unattainable. It's like skiiers of any and all levels all going down the same hill. Maybe we need some smaller hills.

I know this is going to sound confrontational, but this is obviously no a pyramid scheme... in order to be a pyramid... the people who are at the top must always remain at the top and those under them must alway only push them up. The reason why this is true is because booster packs are always $2 or less if you buy a lot. There is a guy who recently came from nowhere and bought like 45k booster packs... him buying packs did not push those "whales" that were already in the game up, it actually potentially pulled them down (if the guy decides to sell his cards) because now there are a bunch of new cards on the market. They have essentially been devalued by a new player... the opposite of a pyramid scheme.