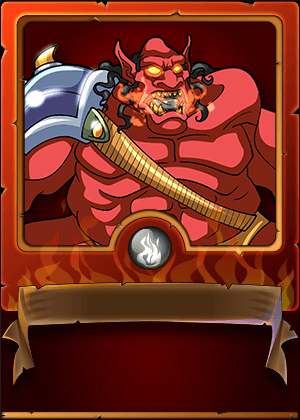 I know how tired I am seeing same lineups, same cards over time. Well, in the end we just have to deal with it. We all know the game will change over time with more dynamics so there really is no need to get overly upset about it.

There have been times where cards have more or less become abandoned in play and 'discarded' to the island of misfit monsters. Well as Lee Corso has become famous for saying "...not so fast my friend," then of course follows up with a hot take or really good point. I will try to do both right now.

There needs to be a new ability for some oldie but goodie cards. I will list them in a bit. The new ability I am proposing is TANDEM.

Tandem-When two or more cards with this ability are played at the same time all of the cards get a plus one bonus in all applicable areas for the card. +1 attack, +1 speed, +1 armor, +1 health for each card with the ability that is played together.

Cards this ability should include:

Yep that would be the rundown. No green included, you may know why. Yes three black, because all dreaded things come in threes (and each of those cards have little use otherwise). One of each for red and blue, so to work you would have to play a neutral or dragon, of which of course no dragons are yet included-they would have to be selected at a later time of course. And two neutrals, so when you have the no neutrals battles the only two splinters playable for this ability are the two in white and and two or three of the black splinter.

There is the idea and the rundown, let me know what you think best of luck monsterheads!

not sure I completely understand it, but like the idea... are you saying that if a card has "tandem" then it connects to the other "tandem" cards and gets an extra buff? If so, then would there have to be separate "tandem" abilities like melee, magic, or range? or are you saying that they all get buffed by whatever abilities each of them have? Not clear on the implementation, but good concept to bring a few worthless cards back to life.

Haha thanks for the comment @davemccoy. All stats get a buff of one on each of the cards that are played with this ability. If you play two neutrals and the three black/death cards, in that scenario each of the five cards would get +1 on every number stat they have. Speed, melee, health, armor-yep all stats across the board for each card when two or more cards of this ability are played together.

I think that would make those old cards legends if they get that big of a buff... omgosh, it would supercharge everything and make summy power's not so relevant...

I agree with the concept of tandem, but I don't think you have the buff power quite ironed out yet ;) .. jmo :)

Also only applicable while both are alive-one dies the ability is gone. Kind of a wild kamikaze attack with some. Like sticking the rusty android in the front of a bigger manna game that thing is going to shot to swiss cheese. Yeah I see your point they would be like good teammates while at least two of them are alive and in the game. You have to do something to combat ranged attack that virtually never misses.

interesting... I think its a start of a good idea!