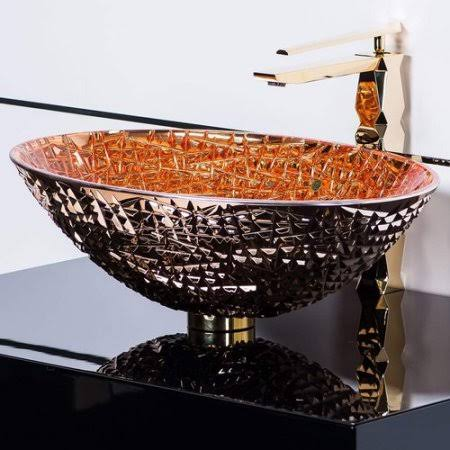 For those of you that have been reading my ideas of grandiose monster concepts that may be fun but perhaps a logistical nightmare for the developers, I do thank you very much for reading and commenting, I love to hear what your thoughts on my "out loud (maybe even outlandish) brainstorming sessions to The Splinterlands Community."

Digesting the Game Theory of DEC and Cards
The ideal success I believe for the cards is to see monumental growth in value, and so much so that ownership may not even be an option for people who have (or are limiting their) lesser means to outright own everything. This started with a small community, and has exploded nicely. Success stories is when mega buyers of cards can talk about their Splinterlands card portfolio, yes, let that term sink in a little bit, card portfolio, and card utilization.

I know there will be people that blast me for the above statement that everyone should not be able to fully afford every single card at the highest levels, or maybe even every single card...period. I welcome the criticism but do have an answer to it. If cards are massively overproduced to where card values plummet, and those who wait can scavenge the markets for soft hands to fold, then we have a problem. There will be instant deflation in the market to the likes of what we experienced in the early going with original alpha commons reaching as low as two and three cents. The other side to that figure is that yes, alpha commons now that can't be had as a single for less than what, 7-8 cents at minimum now, were once easily had for 2-5 cents? I add a question mark following the statement because of the irony irony and disbelief new people to the game that may be reading or hearing that info within this article cited second hand at some point.

But back to the point of the 'success story' taking on huge importance. It takes monumental importance. Think of someone in your life that is fairly open-minded, willing to take risks, and loves to hear about "the next best thing." Basically an entrepreneurial spirited individual that likes to gamble on ideas that make sense. Imagine two different stories you are telling them. The first "Yeah, I just got into this game, it's really cool, revolutionary actually. The cards have really gone down in value, they are an absolute steal, you should be buying them right now." Or the second story..." Yeah, I got into this game and the initial cards I started buying a year ago have gone up from 2-20X since when I first started buying them. The game is really taking off and people are really starting to jump in."

This makes absolutely no sense in my opinion, but story two is more attractive to a person the overwhelming majority of the time. Human nature says we don't want to take the initial plunge, we want someone else to, in fact several other someone elses until we have comfort in the bias of saying yes or saying no within an emotional and/or logical sense. In fact, it's so attractive that if another buddy overhears that conversation they may also want to hear more. In story one you may have seen this look on the person's face of bewilderment, astonished that you would tell them something so complex and looking for the nearest excuse to mentally and/or physically exit the conversation (Homer Simpson "Cider House Style" with Ned Flanders taking about "Cider Town" with his brain literally going to sleep and him collapsing to the floor).

All of this simply means that if there are success stories and several of them from the early going there are more fanatical people spreading the virtues of the game growing it organically from the cult favorite it is now to a much more geometrically growing international phenomena we all hope at some time it can be. Also, while all cards may not be affordable to purchase at the moment, over time the collections become more affordable because the liquidity of the investment income that leasing cards provides via steempeak is always going to be there as long as delegation is there. As more is spent, more are available, more are competitively priced in leasing, prices fall to what people want to pay for the cards in the time period they are leased. Everyone wins, cards rise in utilization, DEC is more scarce, could likely go up, orbs become more valuable, and in fact all cards are more available having DEC as the floor value underlying every single card created.

When DEC rises in value, it buys more cards creating an instant arbitrage as the game grows. Buy DEC then buy cards as the DEC price rises you are not out really any money because your DEC spent caused the price to rise if you bought it with fiat or traded it at the steem-engine market and you received your full value in dollars versus being overly reliant in steem prices. We can let the SCOTs worry about steem prices, which I would assume they are loving because they are accumulating long term value hand over fist if they are not dumping steem, which I do not see many of them doing, at all. Many of the people that are running these SCOTs are very long term and very bullish on steem so in that respect we are all in great hands.

But back to DEC and its importance. As mentioned above in the example of buying DEC then turning immediately around and buying cards with it you can be profitable when there are surges in DEC value. As in when DEC is high you can use it buy cards now, thus taking your upside value in DEC and buying cards you want or see in DEC value for the next time DEC surges being able to burn the card for DEC or keeping the card to level up or use as is.

Be fair warned, this cycle can definitely see some spikes the likes of which we have not seen before. The marketplace can be turned upside down with relatively a small amount of money when it comes to venture capital and investments on a larger level, or someone who is not even wealthy but has a lot of money to use and they see the value in the game. I guess you could say that when the DEC curve inverts.... it's the sickest thing ever and that means hurry up and buy cards with DEC or burn cards to take part in the price mayhem that could go to some scary heights.

So, now that point is made how does the game make another sink for the faithful to benefit from some level of coolness in the game making some matches higher stakes and get into even more randomness and strategy than already apparent to us the players?

I apologize I have to stop here, but don't worry I will resteem and blast the trumpets when a friend of mine writes the post as I think they will fairly soon. Thanks for the read and sorry for the suspense but I almost spilled the beans on their idea, and besides they explain this stuff far better than I do.

You missed nothing @simplymike this was just a thought or concept that could be employed at some point that has not yet happened.