[SYFY WIRE] Crisis On Infinite Earths - Behind The Panel 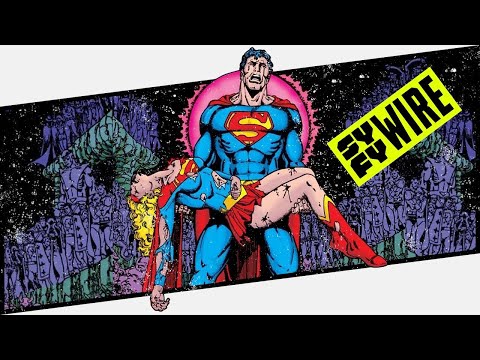 Without Crisis, would we have gotten Infinity Gauntlet?  In 1985, DC had a crisis in continuity. Trying to understand what was  going on in the DC Multiverse was an exercise in frustration. Writer  Marv Wolfman agreed and had an idea…that idea turned into one of the  biggest and best events in the history of comics - CRISIS ON INFINITE  EARTHS. Crisis not only hit the reset button on the DC Universe, it also  raised the stakes across the entire comics industry. Supegirl DIES!  Barry Allen DIES! Crisis would become shorthand for high concept, epic  storytelling. It’s impact extending now beyond comics, into television,  with the CW’s Arroverse version of the story. Go BEHIND THE PANEL on  Crisis on Infinite Earths.

[Alex Ross] Batman Through the Years

That Crisis comic where The Flash dies might have been the first comic I ever bought. I even remember where I bought it. I remember I got it in a corner store type shop in West Edmonton Mall when I was on vacation with my family when I was living down in the Vancouver area at the time!