[Nerdist] Joker 2? How Joaquin Phoenix is Pushing for a Sequel! 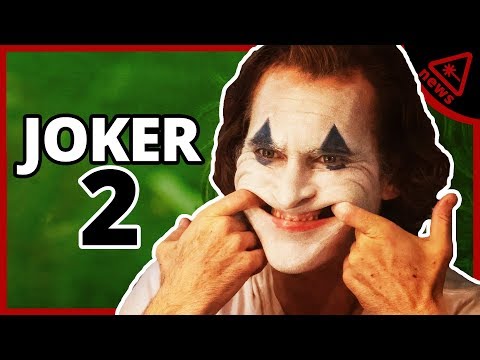 Now that Todd Phillips’ “Joker” is on track to become the most successful R-rated movie of all time, buzz is building for a sequel! And the leader of the charge for it? None other than Joaquin Phoenix himself!

Vintage Ads from 1982 - SOME PEOPLE THINK WE PUBLISH BATMAN TWICE A MONTH!

[VZA] Jim Lee - How To Draw The Joker

How odd. I heard that he doesn't want back and that it is mostly WB who are interesting in a sequel.

I thought I had read he or Todd wasn't interested either but one of the sources for the info from the video is from just this past week and is a decent source, L.A. Times https://www.latimes.com/entertainment-arts/movies/story/2019-11-01/joker-sequel-joaquin-phoenix-fan-theories

“Long before the release or before we had any idea if it would be successful, we talked about sequels,” Phoenix said. “In the second or third week of shooting, I was like, ‘Todd, can you start working on a sequel? There’s way too much to explore.’ It was kind of in jest — but not really.”

I am not sure that the sequel should be for the Joker, even though I am sure it would be excellent as well. But just imagine the kind of Batman that that universe will have. Totally crazy brilliant.