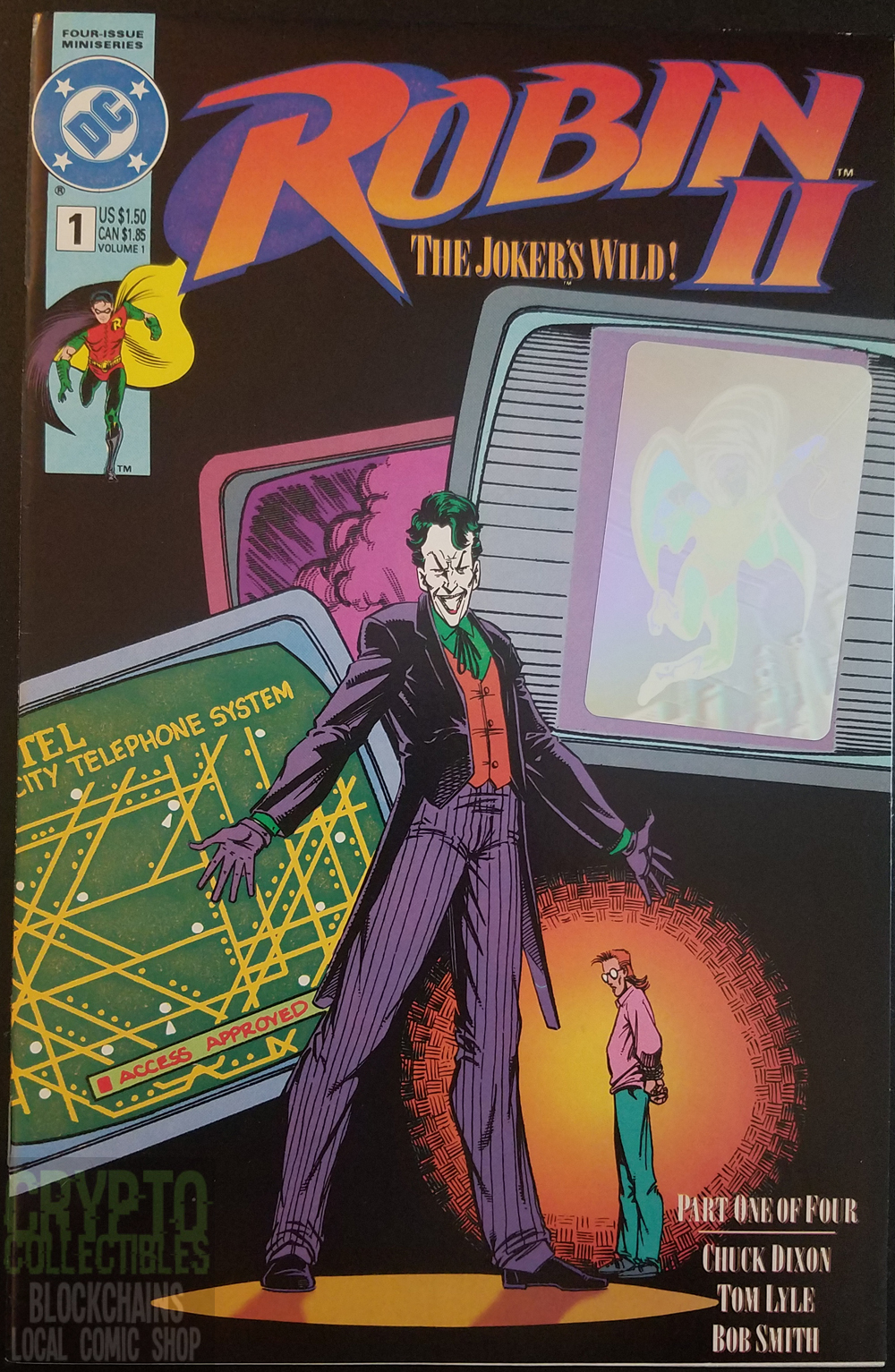 The Joker escapes from Arkham Asylum and finds his gang being led by Mister Freeze, as Robin follows a lead in order to get to the Clown Prince of Crime.  Written by Chuck Dixon, drawn by Tom Lyle and Bob Smith.