Comic Books from the 90s - Arcana Annual: The Books of Magic from 1994 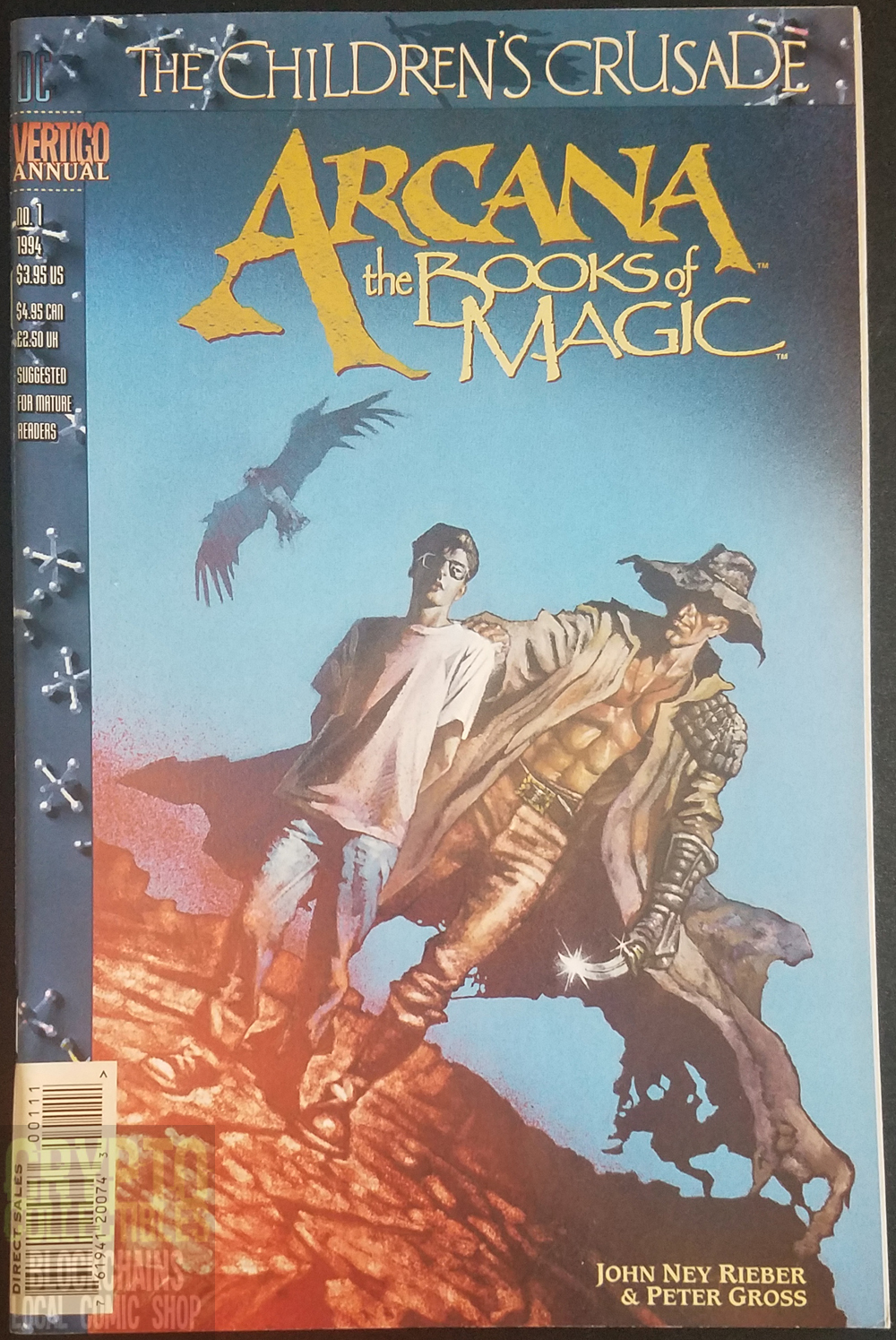 Tim Hunter, the teenager introduced in The Books of Magic who has the potential to become the world's greatest mage, becomes enmeshed in Free Country's plot to recruit children of power. Written by John Ney Rieber, drawn by Peter Gross, cover by John Bolton.

I remember the cover. Never bought the book, cool to see inside a bit. What a trip!