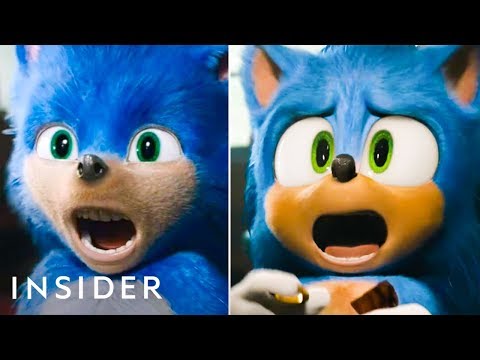 In April of this year, Paramount released a trailer for their live-action take on SEGA’s "Sonic The Hedgehog" franchise. Fans hated it. They attempted to make Sonic more “realistic” but ended up creating something fairly disturbing. Due to the backlash, the film’s director, Jeff Fowler, promised fans he would change Sonic’s design to make him more like the iconic character we all know and love. The newly released trailer has received a much warmer response. Watch as we break down the differences between Paramount’s first and second version of "Sonic the Hedgehog."

Vintage Ads from 1983 - COBRA IS LOOKING FOR A FREW BAD MEN.

well, it's a good thing that they listened to the audiences critic with the design.

I was so torn on how this has gone down, because I don't like that they were pressured into changing based on social media bitching, but dear lord that original design was so bad and the new one looks really on point.

Yeah. But if you want people to pay to see your movie, you need a first good impression.