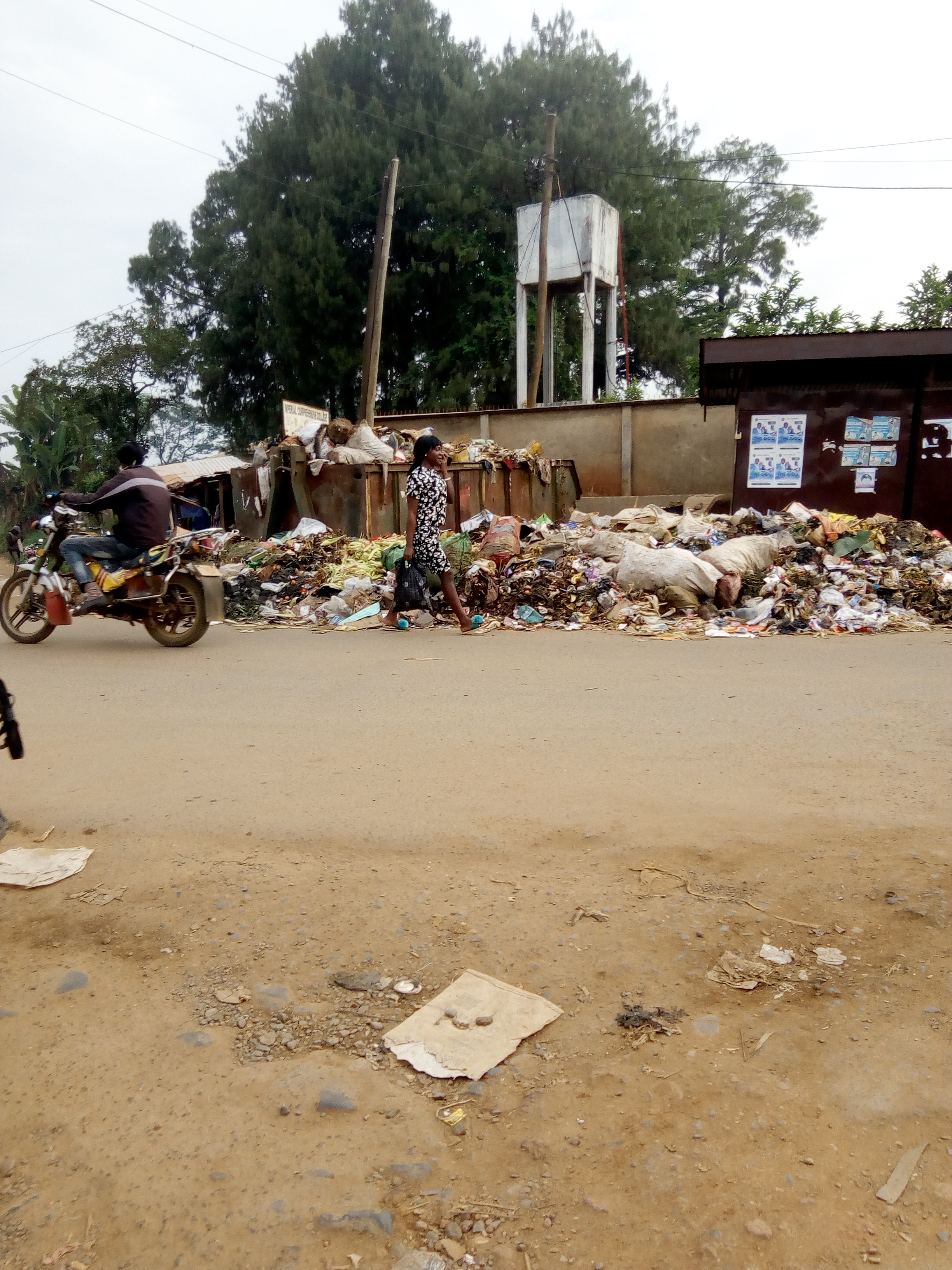 Dear Diary
MORNING
I'm sorry I will not salute you today.
I slept on the couch and woke up on the couch. I had alot of online work to catch up on. So I did not want to sleep on the bed. It was too comfortable. I was awake by 3am. Starting creating content for the pages I run on social media. And then i started working on a script till 5 am when I said my prayers and went to the kitchen to make fire. After that I placed water on the fire and came back to my work. My mother was wake too. She was marking the traditional regalia.

At 6:40am I stopped working on the computer and went to preparing my nephew for school and myself for work. I did that and by 7:15 we were set to leave the house. I took him as usual and left him at his junction. And then I went my way. On arriving our main junction i took sight of this.

Waste. Piling up on our junction. The dirt carrying company HYSACAAM had not passed by our junction for about a month causing such. It was drinking and I could not bear to pass there again when coming back from work.

AT WORK.
I had a lot to iron today. All the dresses washed on Wednesday, needed to be ironed and parceled. Ever since my worker left for the village she has not come back. The woke was almost too much for me. But I took short breaks in between the ironing. To drink water and rehydrate. Ironing can really drain water from your body. I had an appointment to catch so I needed to iron as much as I could so as to meet up.
AFTERNOON.
It was 2pm before I knew it. I was almost half way gone. Yes. That's how much the dresses were. So I got a call from.yhe manager of Truce Community. I stopped ironing, placed the iron in a safe place and went to meet him. I took a taxi and traffic was Terrible. It took my over 45minuted for a distance of about 15minutes.

When I finally arrived his place. I went in and we had the discussion and got the deal ready to be signed. He asked me to come back next week Tuesday so he can prepare the contract form. On my way back I saw these places in my town I would like you to see as well.

This building is called Finance building or Treasury. Here, all civil servant salary is being kept here and payment done. To those who do not want to go to the bank.
You can have documents like fiscal stamps, communal stamps sold here. Even franking is being done here.
Now to the next

This is how far the road construction had gone.

This place is called the Epic Event Centre. It is a hall which has a bar and a restaurant. It is usually used to host events like movie premiers, shows and meetings.

You can see from the name "Holiday Hotel". It had been one of the best lodging place in town but now it is just a shadow of itself. Probably caused by mismanagement plus the crisis.

This one is called "Keh-nvi towers"the building has a bakery called "Imagine Bakery" They make very good bread. And indeed it is imaginable.

EVENING
When I got to work, it was pass my closing time so I looked up and went home.
When I got home I went straight to bed. I had severe headache since I had not had enough sleep for up to two days.
Thank you so much for reading through.

You can be a great writer from your writings it shows. Hope you will keep writing more as often.
Thanks for sharing

Really a hectic day you had there!
I can imagine how your hand hurt you when you went back home.
It's really a hard thing when you have so much to do and traffic has to delay you again. But I thank God at least you had some time to rest in the taxi and have a good sight of the developments in town.

Drink some milk to gain back your sleep, your cells will have no choice than to shut down and you'll have a nice rest.
Courage!! Thanks for the beautiful picts and updates