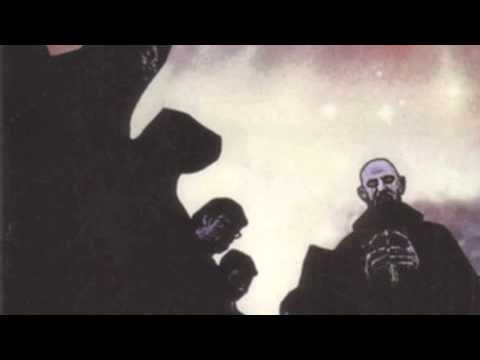 Heavy Metal is probably my favourite genre of music. I love the riffs of rock music and so I love how integral riffs are to metal music. Even in metal, a seemingly small genre, there is huge variety in both sound and riff styles; from death metal to black metal to stoner metal.

Electric Wizard are a Doom Metal/Stoner Metal band from the UK who formed in 1993. So far they have released 9 albums, with Come My Fanatics (the album this song comes from), being their second, releasing in 1997.

Return Trip is the first track on the album and is the best in my opinion. It's long and features multiple guitar solos, intimidating vocals and slow lumbering guitar riffs accentuated by perhaps the fuzziest guitar tone know to man.

At the very start the the listener is greeted with a low rumbling sound as the band begins playing. This section is very ominous and fits very well with the cover of the album. Then, about 40 seconds in the song explodes with maybe the best guitar tone I've ever heard. The riff is simple and repeated multiple times but the guitar tone adds an otherworldly element to the song that makes it truly special. The first riff of the song is my favourite, I love how it gives a sense of unease as the notes rise and, for the first repetition, lingers on the edge. Then for the second repetition the fuzziness of the guitar tone shines with an incredible sounding fall back down sounding a bit like ZHUUM ZHUUM ZHUUM. The next riff is also brilliant, more of the same but less ZHUUM ZHUUMs

Two minutes in we get our first solo, masterfully played alongside the second riff from earlier. Then the singing comes in and it's a sort of tortured, disturbed wailing, very fitting to the theme of the album.

At about 3:45 there's a change in the riff and much higher notes are played (I don't know the exact technical terms, this is just what I get from this song), it sounds great.

Halfway through the song we get the second solo, where two  guitars play over each other with crushing riffs in the background. After this, we get another new riff and this one is probably the weirdest, with a strange warbley-type sound (thanks to the guitar tone). We stick with this riff until the end where we close with another fantastic solo.

I've mostly been talking about the guitar because that's what I focus on when I listen to most rock and metal songs, but the drumming is also great. It's slow and deliberate and adds to the moody atmosphere.

So yeah, as you can tell, I love this song and I think it has a wonderful atmosphere and phenomenal guitar tone.

If you like the sound of it, give it a listen on Spotify here: https://open.spotify.com/track/7cUWMQReSU1JAb8IlzNZGB?si=FppEXpUkQm-31cnqJOCSTQ

If you liked the song, give the rest of this album a try as well as the album Funeralopolis, also by Electric Wizard.