Last night I had a lucid dream about devils, and I drank some blood! 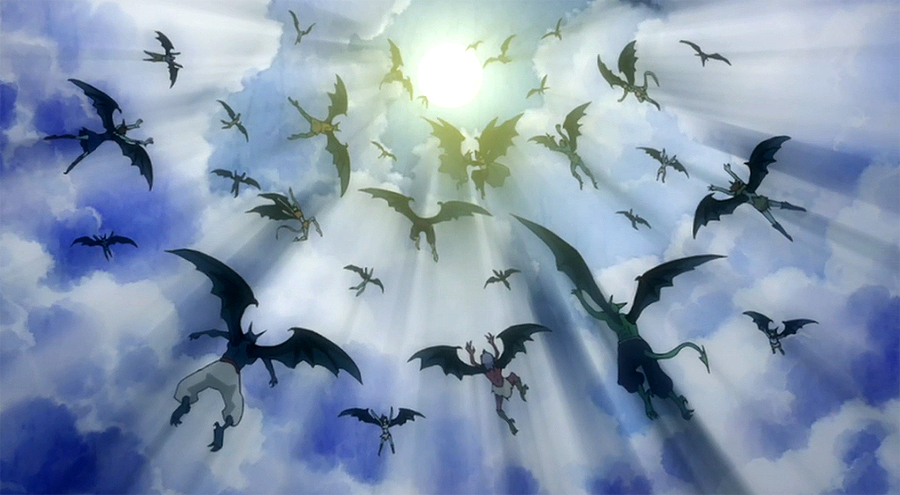 I closed my eyes and it was kinda like a DMT trip, I started seeing green and orange demons flying around everywhere! When I arrived into the dreamworld there was this bull that kept attacking me with his horns! He hit me in the stomach and pushed almost all the way through me. (The same thing happened to me the other night too with this Bull! I remember he was kinda like a new theme, didn't really bother me. It hurt a little though!)

ext I was in the kitchen, and all the demonic creatures were flying around with me! Keep in mind I was lucid dreaming at this point, which means I had realized I was dreaming. There was some kind of ceremony going on, the demons and angels were talking about drinking blood! There were two bottles, a white one and a red one. The white one had a swet white milky liquid tthey called Skilk! I was handed the white bottle with a gesture to drink, o I did.(I think that was supposed to be the chaser!)lol It was sweet and milky, almost a hint of lemon, so I thught, this ain't so bad! I floated over to the granite slab island counter which was the center piece of the kitchen. There stood the other bottle, the one they said was Blod standing upright in the middle of the counter. Sine I was Lucid, I remembered myself and thought, hey, I always wante to drink somme blood like this, so why not give it a try. I picked up the red bottle, and drank! It tasted really gross, tasted like salty thick rust blood! My stomach immediatel turned sour against me, almost like the blood wanted to come right back out, however I held it in. I almost puked in my dream! Wow that was nutz! I have been having some pretty wicked dreams lately! Maybe I will start a dream journal right here, I think I willfrom now on!One of the demons moaned to me in horror & disbelief:

“ Noo, you cn’t control me foorever!”

Image Source:
ttps://animeandmangauniverse.fandom.com/wiki/Reach_it!_To_That_Sky!
Invest your time here wisely!
The moral to this story (for steemleo) is invest your time wisely, if you blog about demons before bed you might just dream about them!*!

WARNING: IF YOU REPLY TO THIS ACCOUNT YOU WILL BE FLAGGED, YOUR REP HARMED AND ALL OF YOUR REWARDS REMOVED. DO NOT ENGAGE WITH THE TRASH. YOU HAVE BEEN WARNED