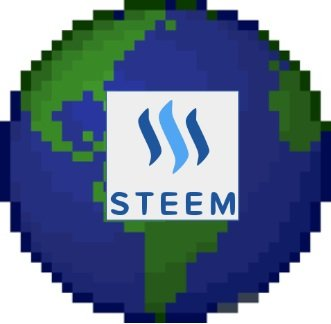 Hello everyone! Once again, the construction hunt has proven to be quite exciting this week! Articles discussed a variety of places from the UK to Singapore. Before I say anything else, I would like to just say that this article marks the beginning of week 7 of the construction hunt. Here you can find the rules and resources. Your submission must be commented on this post by 11am EDT next Saturday (June 5th).

With that being said, this week the contest received 4 submissions, and I am worried that this contest will just be the same people winning week after week. So I am offering a 5 Steem reward for the first 10 users that start participating (for the first time) this week. In order to be considered for this reward, you must have at least 5 articles already written on your account from before this week, and your account cannot be connected to any accounts that have already participated. Remember that this reward opportunity is not guaranteed to continue in future contests.

Winners of Construction Hunt in week #6

This week, I used the same 90 point scoring system as last week: 30 points based on style, 30 based on cohesiveness, and 30 based on observed formalities. Since there were only 4 submissions, and the one that came in fourth still seemed worth rewarding, I rewarded 4th place with 5 Steem. The results came out to be:

I selected @franklin.tsosa's article discussing Historical Monuments for fourth place. This article was rather unique in terms of its subject matter, and the selected images were very amazing! I really would emphasize how incredible the flow of the article was because it had a subject that allowed it to discuss builds from different locations, but still in a cohesive manner that makes a lot of sense! The biggest confusion I had in reading the article was whether the information in the block quotes was from an outside source, or from Franklin. I definitely would encourage Franklin and other users to continue to make submissions along these creative lines, but I would ask that sourcing be more clear, and that block quotes be used sparingly (and only for quoted information). None the less, I would highly recommend curators take a look at the post!

In third place, I selected @ikechukwu411's article discussing builds from France. While this post was about several builds that I have already seen discussed in the construction hunt, it still provided some background information that I had not yet read about them in the contest. The article came out really nice, and I look forward to seeing what @ikechulkwu411 selects to discuss this week!

For second place, I have selected @stephenpaul's post about builds from London. This article selected some very nice pictures, and it discussed several builds that I had not yet seen, and gave some background information about others that had not been covered yet in the hunt. Overall, Stephen has a really nice writing style!

In first place, I have selected @intansariritonga's post about builds in Singapore. Overall, what I enjoyed about this article the most was definitely the personal connection the author had to Singapore, and the fact that I had not yet seen any discussion of Singapore in this contest. The pictures, and background information that @intansariritonga provides about each of the builds will definitely make this post an attractive one to outside viewers!

In terms of growth this week on both Steem and Facebook, it was a bad week. The Facebook ad did remarkably well, but not as many new users followed and liked the page as I had hoped would. I'm hoping that as I post more to the Facebook, more users will like it. I have started scheduling posts for the Facebook page. Here are the stats from this week:

In order to achieve this goal, please consider liking and following the Facebook page, and engaging with the posts!

Statistics for the Ads

This week's ad did really well! There was a lot of engagement, and the cost per link clink was lower than last week (and it seems to be trending downward). My father (@remlaps) and I are still discussing whether its better to do a 14 dollar engagement ad, or a 7 dollar engagement ad followed by a 7 dollar link click ad. I am going to continue with engagement, but he is experimenting with the other method using his community and facebook page, so we will see which one works better. The unfortunate thing about both is it is hard to track the success on Steem. We cannot tell what users do after they click through to Steem, nor can we tell if the users from the engagement ads are actually reading the posts. We shall see over time. I invite anyone with ideas to comment them. Here are the stats for the ads.

Please do consider supporting these update posts if you think this is a good idea. These ads and prizes are not cheap, and I do appreciate the support. @remlaps and I really think this could be a way for community owners to grow Steem with users that will stay because of interest in their respective community. As @remlaps said to me today

That is the overall goal here, and I invite anyone interested to participate in chasing it in whatever way they can (either through joining the construction hunt, posting in the community, or curating the community). Thank you all so much for your continued support!

Thanks for reading this! Make sure to invite your friends to participate in this contest! I have some exciting things planned, and can't wait to read the submissions for this week! Have an awesome day!

Thank you for the notice, hopefully this contest more interesting many enthusiasts

My entry in this week construction hunt and am very happy for the support you have shown me.. thank you sir ..

Hello @cmp2020, here is my article link for this week, hopefully it will be included in the category of the contest that you are holding.

And here I have commented on Wigit's Youtube channel as a notification that I have made the content titled MONACO BTE 1: 1 a link in this article.

Here is my entry for this week's contest I hope you like them.

Hi friends, how are you? It seems you have been very busy lately. . .
I didn't see your post after a week...