Welcome to ckoles gossip in the football arena 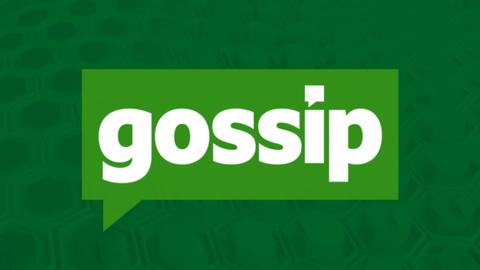 Have you heard? Please don’t tell anyone I told you. It’s a secret that must not be heard anywhere across the world, but you can tell your friends, and advice your friends to tell their friends. Let the trend continue, and keep it a secret. Lol.

A lot is happening in the football arena. Wilfred Zaha of Ivory Coast told his coach he wants to leave the club to find a greener pasture. Zaha shouted like a grinding machine; I want to leave crystal palace, I want to play for the Gunners. These are not my words, Wilfred Zaha said so.

Since Arsenal is trying to hijack Zaha, Crystal palace also concluded on signing Arsenals full-back, Carl Jenkinson. Crystal palace's head coach was saying in his mind and I heard. He said, if Arsenal thinks they can take their striker, they are also smart to bid for their defender. Hahahahaha. I heard him clearly in his native language.

One of the gossips I wouldn’t want you to tell anyone.

Daniel Sturridge (the former Liverpool sharp striker) is about to go on a free transfer to Aston Villa. Can you imagine that? Is Sturridge progressing or vice versa?

I also heard Arsenal is trying to bring Soares of Everton to their club. This is a rumor. So don’t take it seriously.

For now, this is the few gossips my antenna (ear) could extract. I will keep you updated as soon as the breeze blows the gossip to me.

This is ckole on the sports gossip.
Keep in touch with it till infinity.
Thanks for reading.

Hi,
your posting does not have any relevance for TripleA, where the AAA tag is used. Please be aware that we countermeasure any tag abusing and will blacklist any account from our service permanently after this warning.

Hope to see you with a great movie review at https://www.triplea.reviews/

Thank you for your comment. Actually, I don't tag aaa in my posts. I hate the word black list and I would not want to drive towards that part. Clearing the air is what you just did by informing me what the platform is meant for. Thanks a great deal. Anytime I want to contribute to the platform, I will do a movie review. Thanks for the briefing.