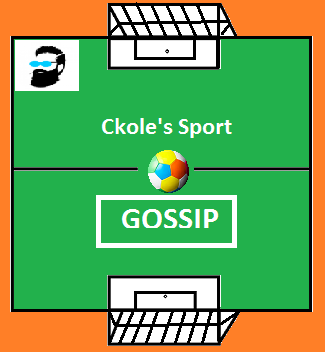 This is ckoles sports gossip

As always, I’m here again with my gossip on football arena. I’m always interested in my readers and I will not want to let anyone down. On-air today is the info about Barcelona trying to bid for Neymar for £90M. If I’m right, Neyma was the formal Barca player whom PSG bought for £222M in August 2017. Now, Barca is planning to get him back on a deal of £90M. Will PSG sell him? If you ask me, my answer would be a capital NO. Neymar only played 30 matches in the French league and scored 28 goals. That is a very good record, but he hasn’t given them the worth of the £222M. PSG didn’t win the champions league. They are still a local champion. Hmmm, Barca's head coach is a good businessman. He wanted to make a profit of (£222M - £90M = £132) for his club. I don’t think the deal is achieveable. If there’s a buy-back clause that can be a disadvantage to PSG, only then can Neymar go back to Barcelona at that price.

I also heard the rumor that Manchester united is planning their first bid for Bruno Fernandes of Sporting Lisbon. This may not work out because Tottenham is also interested in the 24 years mid-fielder. It’s a 50/50 chance.
Also, England full-back Danny Rose caught the Eyes of PSG and Schalke 04.

Also, a 50/50 chance for any of them to get him. I think £20M is a good bid for the 29 year old defender.
I don’t have more than this on ckole’s gossip for now. More is still on the way. Thanks for reading.
This is ckole (the laughing gas) on ckole’s gossip.
Let’s keep the sports talk alive. One love