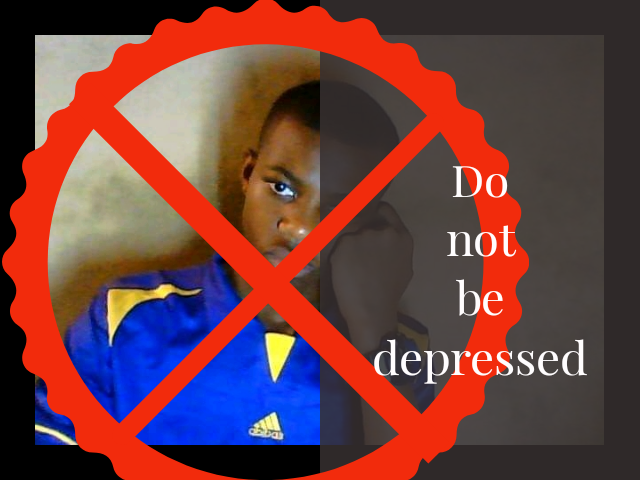 Depression is a state of mood or.. mind disorder in which the depressed person is feeling sad and also loss of interest.

This can be caused due to lack of money,job or even heart breaks which is usually found amongst youth, failure in examination could also lead to depression

Psychology has it that this depression is an ongoing problem,not a passing one. That is to say,it has stages and symptoms.

Depression is mostly is a life limitation, its a situation where someone finds him or her self worthless useless or even crazy, sometimes it's been caused by the things the person sees around his or her self that may ravage to the depression.

Especially amongst students, for example when
a student graduates from his or her secondary School/high School,and seeks admission into the university/college and he or she finds it hard to get in for like three to four years, it becomes a problem,he or she begins to compare him or her self to his mates whom are already in school,and from there the worries Begins, depression begins.

It came also be found amongst the graduates,who are seeking for job and none is given, it is frustrating,this may also lead to depression

Depression may also lead to death if no handle carefully, the victim may end up killing him or her self due to too much thinking.

I advice my fellow students to fle from being depressed,it shatters dreams,it breaks home,it is not a good idea.

You have been upvoted by @whitestallion and I’m voting with the Steemit Community Curator @steemcurator04 account to support African authors with original and quality content.

Follow @steemitblog for the latest update on Steem Community.