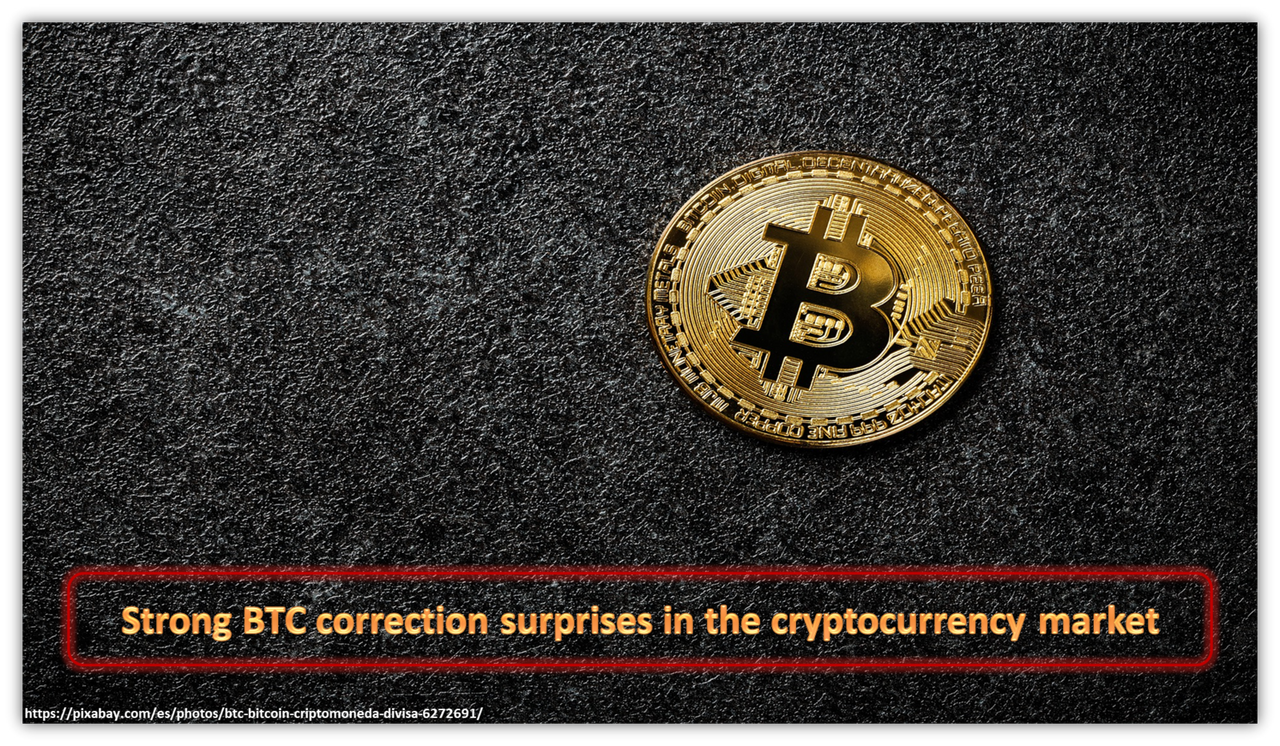 A big greeting to the readers of this great platform, especially to those who read and share content in the #ProjectHOPE community, in the present opportunity I want to talk a little about the BTC, as it was a day where it suffers a strong correction and this surprises many people, as it corrected more than expected, so we may be facing a negative scenario in the market, but we must analyze a little.

A few days ago the BTC had overcome the very strong resistance that it faced for a long time, with which a positive scenario was seen in front of the market, making investors feel encouraged, since we were facing a possible market in recovery with an uptrend, and the possibility of generating profits within a short time was more clear, with the investments they made when buying cyptocurrencies.

This scenario was more favored with a BTC reaching 48k in its price, by which a new accumulation zone was observed in the market, which comprises between 45k and 50k in terms of the price of BTC in the cryptocurrency market, and thus a new range for trading operations in a scenario apparently consolidating.

The surprise occurs yesterday when BTC begins to lose value in the market below 45k, a scenario that really worries, as its price has fallen to 43k, which may mean that it did not have the necessary strength in the market to stay in the accumulation zone it had reached above that price, and we may be facing a market that may go down even further in search of a strong support.

In the best case scenario for those who want a market in recovery, and from my perspective I doubt it, since it broke strongly down, it may be a false breakout to get the resources of people who panic and end up selling even if they leave at a loss, or those who left a stop loss in order not to continue risking their money, let's wait for the market to confirm its behavior to know the reality, thank you very much for reading my article.

All the images used by the Author @Chucho27 are Public Domain, in each one of them you can find the source of the image.
The image used in the banner at the bottom is by the author @chucho27, made using the Canva application.