Listed companies are madly buying Bitcoin, why don't they love Ethereum? Will institutions be the new pillar of Ethereum? 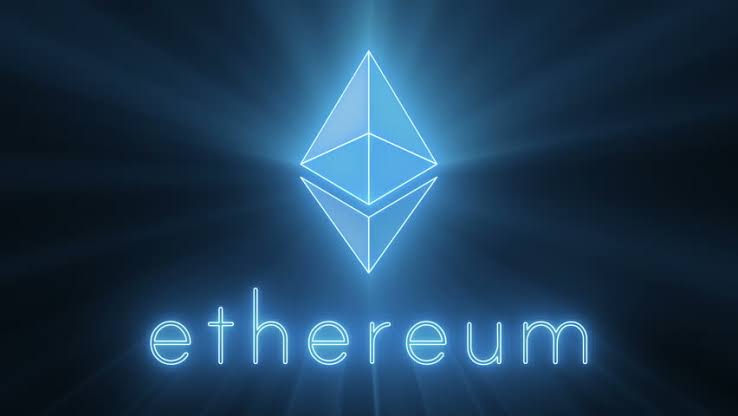 As we all know, this round of bull market has exceeded the previous two major boosts, one comes from the purchase of Bitcoin by institutions; the other comes from the full rise of the Ethereum DeFi ecosystem. So, is it possible that institutions in the future will also begin to recognize Ethereum?

Among the companies currently listed in the United States, whether MicroStratedy, Tesla or Square only bought Bitcoin but not Ethereum, the Bitcoin holdings in the Grayscale Fund are also 7 times that of Ethereum. So why are institutional investors? How about not buying Ethereum?

1. Ethereum is more volatile than Bitcoin

In fact, among the many listed companies in the United States, only a few have bought Bitcoin. The reason why listed companies do not buy Bitcoin is that in addition to compliance requirements, the price of Bitcoin is too volatile. From the perspective of cash management, a company is often unwilling to hold too much volatility. Big asset.

However, the price of Ethereum is more volatile than Bitcoin. The main reasons for this volatility are as follows:

2. Compared with Bitcoin, the distribution of Ethereum is not even enough. According to the report released by the analysis company Santiment, in the Ethereum network, the total wealth of wallets holding more than 10,000 ETH accounted for 68% of the total amount of Ether. This distribution makes the price of Ethereum even more expensive. It is susceptible to the influence of giant whales and has higher volatility;

3. The financial derivatives of Ethereum are still under development. For institutional investors, after buying digital currencies, they often need to conduct derivative transactions on compliant exchanges to hedge the risks caused by the price fluctuations of digital currencies. For Bitcoin, CME Group (CME) has provided a rich enough futures and options products. For Ethereum, CME only has futures products this year, and options products are still in the foreseeable future. The lack of hedging tools has also increased the volatility of the price of Ethereum.

2. The attribute of Ethereum "store of value" is not as prominent as Bitcoin

Compared with the total amount of 21 million Bitcoins, Ethereum does not limit its total amount. Now its annual inflation rate is about 4%, and it will continue to decrease in the future. Although the growth rate of Ethereum will gradually decrease, it is still not as popular as Bitcoin's way of limiting the total amount.

Of course, even if the total amount is not capped, it does not prevent Ethereum as a way of storing value. However, Ethereum's network is not "stable" compared to Bitcoin. Since Bitcoin was born, it has never undergone a large-scale upgrade. Even if some expansion requirements are abandoned, it has always ensured the overall stability of the network. Such stability has undoubtedly given investors confidence. Gold is the same in traditional value storage methods. Despite the inconvenience of storage and trading, gold, as a metal that is extremely difficult to corrode, has made it the best value storage method for thousands of years.

On the other hand, Ethereum has experienced the controversial The DAO hard fork event in 2016. Today's ETH token is actually a fork coin similar to BCH to BTC, and today's ETC (Ethereum Classic) is similar to BTC. The original chain. Due to the nature of Ethereum's continuous upgrade, it is inevitable for institutional investors not to worry about similar incidents in the future. From the perspective of value storage, Ethereum is obviously not as stable as Bitcoin.

3. The impact of future upgrades

For Ethereum, the most interesting upgrade is undoubtedly the upgrade of EIP-1559 and ETH2.0. From the starting point, these are undoubtedly for the better development of Ethereum in the long-term. However, in the short-term, it may bring some worries to potential institutional investors.

For EIP-1559, its original intention is to reduce the high transfer fees of the Ethereum network. At the same time, by destroying transaction fees, it can also reduce the supply of Ethereum and increase its value in the long run. , But this proposal has attracted opposition from large mining pools with considerable computing power, which has brought a certain degree of uncertainty to the upgrade, and naturally also brings potential worries to institutions that want to invest.

For ETH2.0, it faces regulatory issues. Generally speaking, digital currencies using POW (Proof of Work) are often not recognized as securities by the US SEC. Therefore, even if Ethereum was issued by IC0 at the beginning, it was not recognized as securities by regulatory agencies. However, if Ethereum turns to POS (Proof of Stake), coupled with its staking (currency holding interest) feature, it may be recognized by the SEC as an unauthorized securities issuance. Although this is only a possibility, and even if it is determined to be an unauthorized securities issuance, it can be fined and settled like EOS. For institutional investors, these are risks that have yet to be eliminated. Before the situation becomes clear, As a store of value, Bitcoin is obviously a better choice.

4. The possibility of institutional investment in the future

In the long run, because Bitcoin will basically not undergo major upgrades, its performance can no longer be further improved, so the imagination for its future can only be concentrated on the aspect of value storage, and Ethereum as a global decentralized Intelligent computing platform, the imagination space is much larger. Ethereum-based DeFi has changed the financial industry to some extent. From a long-term perspective, it may penetrate into various fields and promote its demand to increase, thereby pushing up prices. As prices increase, liquidity and liquidity The problem of volatility will be resolved accordingly.

The activation of EIP-1559 and the conversion of ETH2.0, after eliminating investors' doubts, will also greatly improve the performance of the Ethereum network, which can theoretically accommodate more users. During this period of time, Ethereum's financial derivatives will also be launched step by step. After these basic conditions are met, when future listed companies consider digital currency investments, with the exception of Bitcoin, the probability will be the same as Meitu. Also consider the investment in Ethereum. In particular, some more radical institutions and listed companies may choose Ethereum, a product with higher return on investment and higher risk.