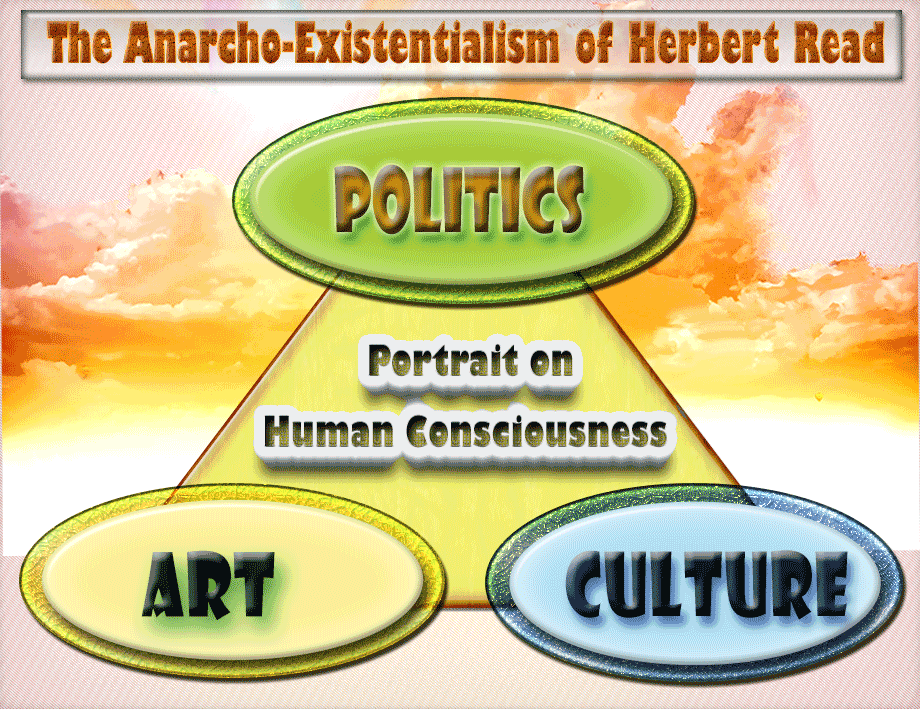 The Dialectics of Liberation: Anarchism, Existentialism, and Decentralism.
Existentialism and Anarchism - Herbert Read and Max Stirner

"We built our destiny, to transform existence, under the fate of time and death." - charlie777pt

"To believe is to trust, not wanting to know " - Herman Hesse in Lektüre für Minuten (1962)

We become what we want to be, built in the anxiety of our choices for our existence, always bounded to time.

In the present world of political affairs, people have a limited awareness of the dissolution of their freedom constraining the participation in the writing of History, but we are personally and morally responsible for the current state of social illness where we have decided to make no choices.

In France and all over the world, politicians have put the police as a solution for the citizens' problems, using military tactics and war guns to fight people like they were terrorists.


In today's political uncertainty the citizens have is a total lack of trust about the intentions and motivations of the governments in power, and their doubts open their mind to the speech of populism and exacerbated patriotism, that in History always pointed the way to fascism or to vertical collectivism.

The credibility of representative democracy has gone down the sewer with the absence of the clarity of intentions of the proposals by power.


Anarchy and Existentialism are both children of Freedom, and the existentialist philosophical and cultural movement, have influenced a lot of anarchists with the common ground of the struggle of the individual against the State and the centralization of authority.

Anarchism has a lot of liaisons to humanistic-existentialist psychology and authors, as we have seen in the last posts about Existentialism and Humanism.

Anarchism and Existentialism are person-centered philosophies of freedom for the individual's pursuit of identity and meaning of their Essence in Existence in a massified society that uses fear as the control for conformism.

As philosophies of freedom both emphasize the aspect of the ethical responsibility for our own acts, and we must question more the authenticity of our existence to grow as human beings.


The struggle of the individual sovereignty against the State and Authoritarianism is a shared feeling in anarchism and existentialism.

Some anarchists believe in the need of some horizontal collectivism, like the congregation of communities in the management of the environment as a common interest.

I like the theories of Natural rights showing that people have inalienable rights, to life, to own property that does not collide with communal interests and well-being, and the right to find liberty as the essential ingredients the nourish human happiness, that are the pillars of civilization and society.

Existentialism is a branch of individualistic philosophy, centered in the freedom of human beings over the morality and social order.

Its main reference is the Sartrian concept of existence(society) preceding essence(being), refusing any biological or genetic pre-determination in life, but based on a person's freedom of choice based on responsibility, while at the same time the individual absorbs social morality.


Morality has its roots in the property of each individual's thoughts and actions, and the element of behavioral coordination inside a group of individuals in social interactions.

Morality has permanent impacts on our decisions and our conscious's choices.

It's our privilege to try to get rid of that internalized moral to maximize freedom, an anarchist accepts all other's people choices as long as there is no violence exerted over our physical security, or the anarchist will follow the right to use violence to defend himself/herself.

An anarchist, an existentialist, a blockchain fanatic about decentralization, a social or environmental activist, or the ones that are on the path of finding their own self, we must agree that besides the philosophical differences about reality, there are common goals that must unite us all against the ugly, corrupt and polluted world, supported only by a few that have taken over humanity's will and are conducting the ecocide of the planet.

"The object of the state is always the same: to limit the individual, to tame him, to subordinate him, to subjugate him." - Max Stirner


"The worth of a civilization or a culture is not valued in the terms of its material wealth or military power, but by the quality and achievements of its representative individuals - its philosophers, its poets, and its artists." - Herbert Read

Our Essence is limited quantitatively by time, and qualitatively by the "lived time" until the day we die and cease our Existence.

Existentialism is a person-centered philosophy like Humanism, with the rights of having a freedom-based responsibility with our Being make ourselves what we are.

Our Essence is limited by time till we die and we must find a sense of our Existence, and we must verify the authenticity of our lives in society, with accelerated social and economic pressures and constraints.

Undoubtedly Existentialism and Anarchism always had mutual influences in its concepts and theories against the hierarchical centralized power, and society's morals and rules.

For me, Anarchism and Existentialism have the same answers to the questions of why? how? and what? we must do to attain individual sovereignty and to break the dominating Master/Slave relationship between the powerful and the powerless.


"If the individual is a unit in a corporate mass, his life is not merely brutish and short, but dull and mechanical." - Herbert Read


Herbert Read (1893 -1968) was an English anarchist that saw Art, Culture, and Politics as the living manifestation of human consciousness.

Read was an art historian, a poet, a literary critic, and a philosopher, influenced by Kierkegaard, Heidegger, and Sartre, and in 1949 he created his own model of anarchism crossed with existentialism, as an alternative to the Marxist theory that was shading the existentialist movement.

Read was always influenced by Max Stirner, and he found out that this author had the key to the connection between his individualist anarchism and existentialism in the concept of personal free choice and ethical responsibility

He believed in education by art was a revolutionary for learning, as a catharsis of children's traumas, and at the same time sharing the creative works with all the cultures and creeds of the World, that would bring more understanding and tolerance between all man and women in the World.


Max Stirner (1806 - 1856) with his egoist view of anarchism based on individual sovereignty, showed that freedom only comes from the non acceptance of centralized institutions including State governments and property rights, as the ghosts that corrupt the essence of our Being.

Read and Stirner became conscious that ideological systems, are merged with materialistic economical laws and possessions that have been dominating the growth and fulfillment of the human essence.

"The state calls its own violence law, but that of the individual, crime." - Max Stirner


Existentialism has contaminated the so-called "post-anarchism" born in the 80's have an underlying model of post-structuralism and post-modernism of the sixties that denied the dominant thought of the culture of Western civilization.

Anarchism can be viewed as a kind of individualistic existentialism, with some considerations about the classical notion of humanity's cooperative creations that can constrain free will, at the personal level.

The actual anarchic and decentralized movements emerging on the streets like the Yellow Vests and Extinction Rebellion, have a lot of similarities with the spontaneous organization of May 68, and deep roots in the existentialist tradition of street actions against all instituted centralized powers in a perverted representative democracy and pseudo-liberal capitalism that today looks like a monarchic feudal socialism.

"The divine is God's concern; the human, man's. My concern is neither the divine nor the human, not the true, good, just, free, etc., but solely what is mine, and it is not a general one, but is -- unique, as I am unique. Nothing is more to me than myself!" - Max Stirner.

Anarchy is possible when you eliminate centralized authority and power. Check it out!


To Hell with Culture (2014) - a film about Herbert Read, art and anarchism


The Dialectics of Liberation: Anarchism, Existentialism, and Decentralism.


Next posts on the Series:

Index of Chapter 1 - Anarchism - Part 1 of This Series:

I think it was called anarchy not anarchism