It is customary for a fool... 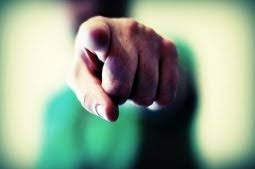 Socrates (470-399 B.C.) was a philosopher from ancient Greece, the first thinker of the trio of ancient Greek philosophers, which included Plato and Aristotle, to establish the philosophical foundations of Western culture. "Know yourself" is the essence of all his teaching. Socrates was born in Athens, Greece, in the year 470 BC, the son of a sculptor and bricklayer and a midwife, from his childhood nothing is known. In his youth, he took part in three military campaigns.
Source