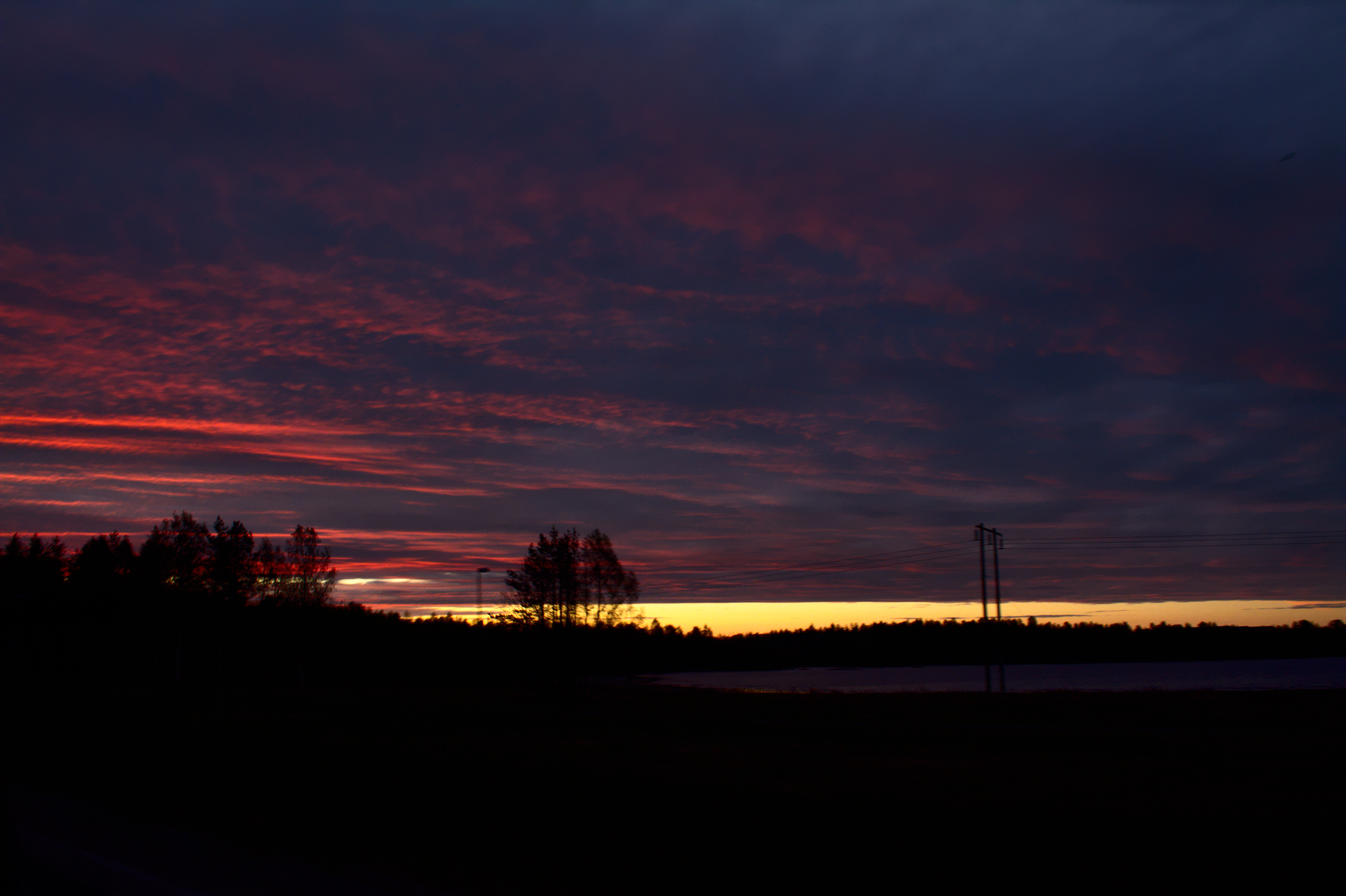 Well, not all pictures in this Drive episode are taken from a car, but it's my series, so I can also break the rules at will. Ok? Good.

The reason I'm breaking the rules, is because these are part of the Norway roadtrip we did in May.

In Trondheim, we got some problem in our car – not an acute problem, but still something we didn't wanna risk, so we decided to take the shortest route back to Finland instead of continuing to Lofoten archipelago, that'll be left for another trip. So, we started to drive back towards Finland through Sweden, well, everyone else except me, because I don't have a driving license, but at least I had a camera so I wasn't a totally useless guy.

I don't know what the hell is wrong with Swedish Lapland, but it apparently snows in late May there. Or maybe we were just unlucky. Either way, stopping wasn't an attractive option, so we just kept going and decided to go all the way through the night until we'd arrive in Iisalmi, Finland, where a dad of my friend had a place to stay. 1300 kilometers in a single session.

It wasn't summer yet, but we were so far north that it never got completely dark, and we experienced a beautiful twilight. One of our favorite hits during the roadtrip was Roy Orbison. In the song the lyrics "Mä ajan koko yön" (I drive all night long) were quite fitting for the context.

In all other languages, Finland is well, something very similar: Finnland, Finlandia etc, but in Finnish, Finland is "Suomi". I think the etymology comes from some "Finn-tribe" that lived in the area that is known as Finland today, so then it became just that: Finn-land.

A bridge in Tornio-Haaparanta with the other side being in Tornio, Finland (white) and the other in Haaparanta, Sweden (yellow).

And these pictures are damn awesome...lucky you to have such a great road-trip.

Man.
Those pics are really awesome and very professional. Loved it :

I'm far from professional, but I appreciate it, thanks!

Aaaww that bridge. I didn't know I can just walk from Finland to Sweden! :D

Your post was upvoted by @steem-ua, new Steem dApp, using UserAuthority for algorithmic post curation!
Your UA account score is currently 4.492 which ranks you at #2171 across all Steem accounts.
Your rank has improved 11 places in the last three days (old rank 2182).

In our last Algorithmic Curation Round, consisting of 147 contributions, your post is ranked at #53.