The CATnip Feature has been Activated! 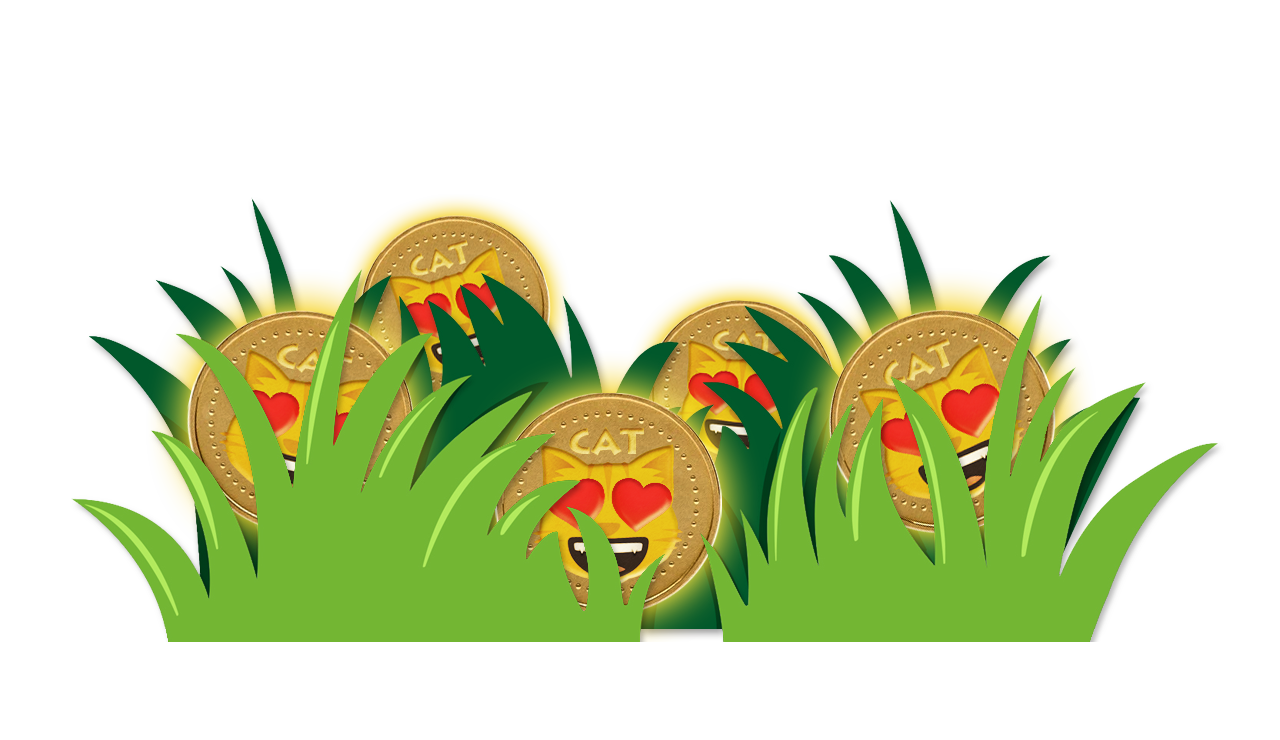 Your CAT balance will attract the attention of the kitten-bots now!

The first implementation of the "CATnip" feature for the Cat Appreciation Token was activated a few hours ago.

From now on, holding CATs in your steem-engine wallet will attract the attention of the three kitten-bots and increase the effective chances to receive a cuddly visit by one of them more frequently.

If you've been good friends with one of the kittens, but you still decided to dump your tokens for whatever reason, I really don't know why you would do that, but it's ok, you'll still be in their memories and you might also still get a cuddle every now and then, but with all that catnip growing everywhere... probably not as often.

On the other hand, even if you've never ever met any of the kittens before, holding a decent amount of CAT will make sure that's going to change very soon.

This first iteration of the CATnip feature immediately provides token holders with an intrinsic utility for keeping a CAT balance in their wallet. CATnip will not replace the kittens' individual friendship-memories and it does not interfere with their third-kitten-sense by which they judge their friends' trustworthiness.

Once the staking feature for the token gets unlocked on steem-engine, the CATnip-functionality will immediately switch over to staked balances, too. This might be a while, though. I don't expect token-sales on the open market to run up into the official sell-wall again too soon and I might introduce a "staking-like" mechanism in the meantime, if it's necessary.

If you want to directly support the project, you can also buy some CAT "under-the-counter", directly from @catnet, for a fixed rate of 0.010 STEEM per CAT. Just send the desired amount of STEEM and your purchase will be manually processed within a few hours. now go and cuddle some kittens!

from my token wallet 😺

stacking some CATs there :D right on right on!

I did not undertand anything here...whats this cat token?

hey @mintymile, I believe you've met @cuddlekitten before? Holding some CATs will make you see her more often. That's what this post here is about.

You can also learn a bit more about this project from reading the introduction post.

And hey, you actually already own some CAT from the airdrop, check your steem-engine wallet, that's where they are!

Yup... I got some tokens I never knew I had...thanks @catnet . Sounds crazy all this, but must be fun.

How do I buy CATS transfer to @catnet, memo? via the wallet? Sorry this is a lot of info that does not make me any wiser.

You can just send STEEM to @catnet and you'll get CAT back at the rate of 0.01 STEEM per CAT. I process these "under the counter" sales manually so it might take a few hours but there's a rumor I am giving a 10% bonus out of my own pocket.

These direct sales contribute directly to building value behind the token.

But, you can also get them much cheaper on the open market on steem-engine. Though that doesn't contribute much "value" it does help to move the "price".

I have a whole post about value and price coming out later, I promise it'll probably get even more confusing ;)

I think I better keep it simple. I do not know how to use steem-engine on the market. It did not come with a manual for Kitty's and if I ask how or what I never receive an answer.

I hope you have black CATS too or kittens 😁. I will give it a try via the wallet. Hope my wifi allows me to spend Steem on CATS instead of Beer. 👍💕

I sent you steem with this account and my other one too.

Question: is it possible to send CATS to someone else or buy them for someone as a gift?

hehehe... your CAT has been sent to your accounts accordingly a little while ago, and just now I sent the promised bonuses from my own cat-stack, too.

I haven't thought about the "buying for someone" else aspect yet, I guess most people get away with sending tokens around themselves via the steem-engine frontend?!

But yeah, I guess if you specified a different user in a STEEM transaction to @catnet, I can of course keep that in mind, too... I should probably set something like that up to hapen automagicatly?!

@fraenk Sorry for calling it CATS..quess you have the same problem as the community CCC and it's tag #ccc has now creativecoin calls it's coin ccc.
I am not updated if it comes to all tokens and seldom use steem-engine.

@detlev @beerlover (?) might make you wiser about how to send a CAT?

If it is too much trouble just don't do it.

Thanks again for my CATs and the extra bonus.

I wish you a great Sunday and start into the next week. ❤️
Posted with

Heh... no worries... and the token market is an open space without much copyrights, so such naming issues cannot always be avoided, I think I can differentiate CAT in other ways... like not just using stock photos to build a pyramid :P

I know how the BEER bot and similar token distribution bots work, but that's not what I have in mind for CAT as it allows control over the inflation to the users, and then the wrong people will start jerking it. I don't want my CAT to be jerked :P