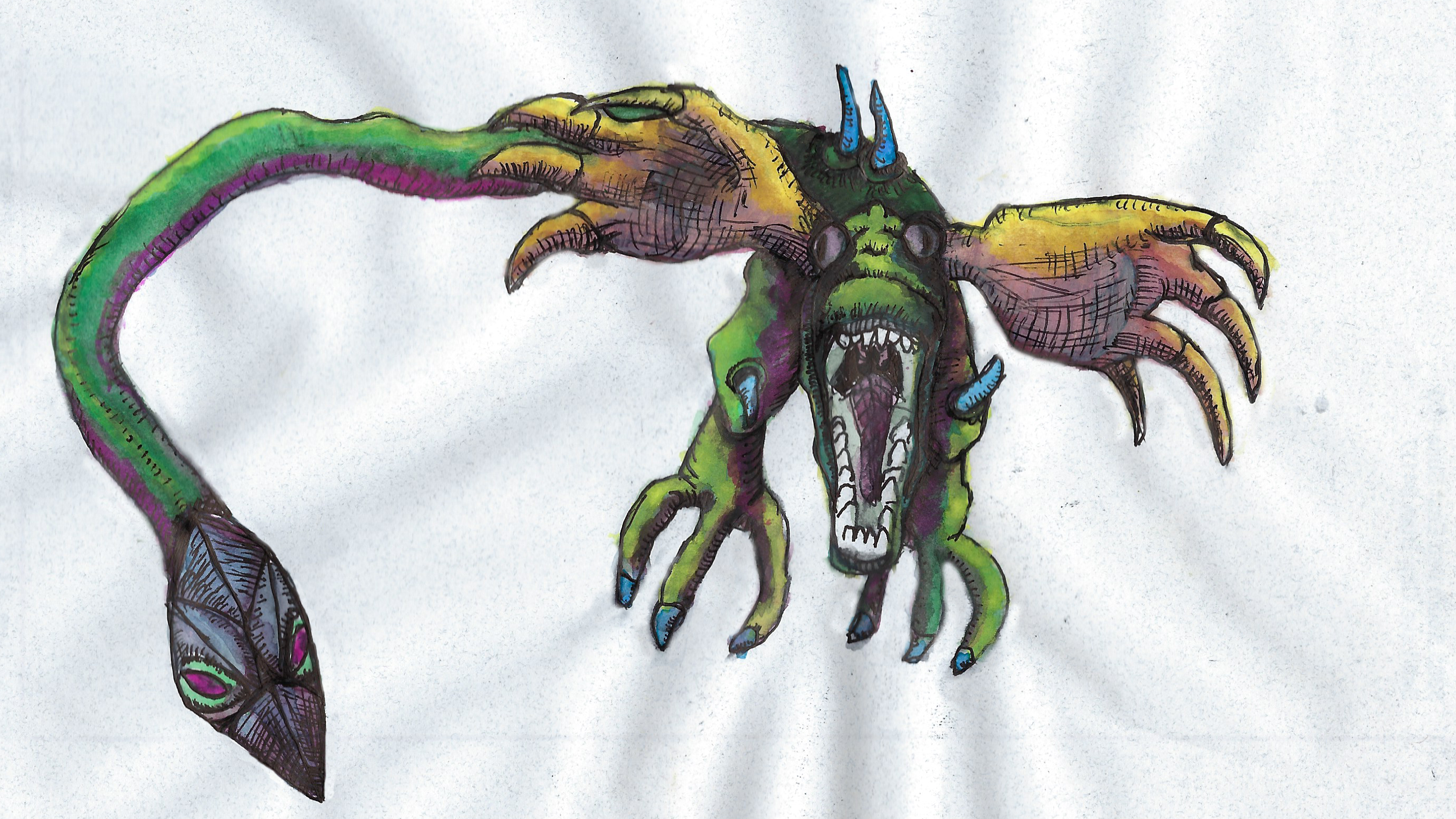 @thingone made this creation from Lego pieces (these are from Lego Chima sets which have ball joints) and asked me to draw it.

I did a super quick sketch and then did some painting with watercolors. I also went over it with highlighters a little bit.

And then it knocks your house into a million pieces. And it eats your house in a day. And it will be quite a sight if it eats a person. Because if a person was inside it, its belly would rumble.

Its tail is its butt. Its legs are so long they can touch the bottom even at the bottom of a lake. It lives in Africa in very long rivers.

The giant shmee can also take a lot of stuff and then it sticks out its tongue as long as a frog can to get people into its tummy. And then it just digests it and pulls it down its tail and then the bird poops it out.

They eat berries instead, but it puts berries on you. Has you as a berry sandch.

Fearsome! But, my take away is that the giant shmee eats it's own poop as a sort of sauce from the sky.. The bacon chicken combo sounds delicious though

Yeah I thought that was interesting, how the shmee poops you out and then fries you up with bacon and chicken LOL I didn't actually catch how circular the whole thing is though with the pooping on you from the sky to begin with, before eating you, so yeah you are right poop sauce inception

Sounds like the kid has it all figured out 😁

Pity I can not load the drawing. My connection is too slow. 😫

Whoa this is super cool. May I print it for T-Shirt? Hahah. I'm a sucker for a good hand drawn like this one.

@thingone story is... what an imagination!

The Giant Shmee leaps out of the water and then eats stuff when it comes up. And then it just poops on you from above.

LOL. I hope it won't poops on my head!

They eat berries instead, but it puts berries on you. Has you as a berry sandwich.

LOL. If I have the choice the way I die, I will choose this path. At least It will be sweet (I think).

Thanks for showing the early water color layer/process along with the finished product... great technique!

Awesome! Love the description of the creature too