THAILAND TO LUANG PRABANG: SLOWBOAT ON THE MEKONG 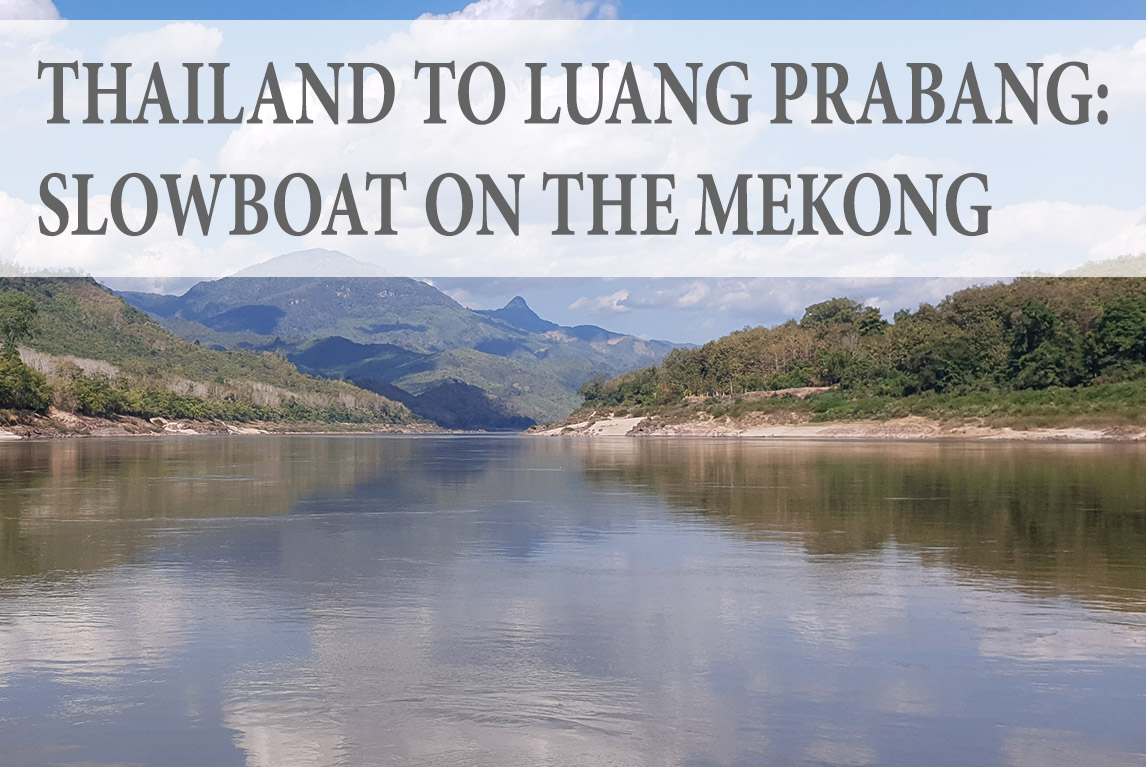 Read "THAILAND TO LUANG PRABANG: SLOWBOAT ON THE MEKONG" on TravelFeed.io for the best experience

Displaying the table of contents is not supported by your current frontend. View this post on TravelFeed.io for the full experience.

Like many before me, I found my VISA expiring soon and needed to find a way from Northern Thailand to Luang Prabang. I was already at the Chiang Khong Border and made it across to the LAOS city of Huay Xai. You can book from Pai, Chiang Rai, and Chiang Mai as well. There was even a group coming all the way up from Bangkok. Most countries pay about $30 USD while Canadians are stuck with a $42 USD VISA fee. What have we done to you LAOS? From there, two options are available to make it to Luang Prabang. Taking a long way around with a 24hour bus or take the 2 day slow boat. Given the horror stories I've heard of an over-packed slow boat, I was keen to take the overnight bus. Things changed when I met a traveler at the border who convinced me to take the 2 day boat adventure instead.

The slow boat was 240 000 kip so it wasn't much of a savings taking the bus. I had USD I wanted to spend so with $32 USD I was on the tuktuk to the pier. We had two tickets for a 2 day trip from Huay Xai to Luang Prabang and bought some sandwiches before boarding. A large group arrived from Chiang Mai and some had trouble finding seats as they are first come first serve. They found some space in the engine room.

The boat itself is a large single aisle long boat. The seats weren't the hard benches I was expected. They were just car seat pulled from various cars and mounted on wood. Hardly the uncomfortable benches I read about. They weren't even mounted to the boat. This allowed us to turn them around and play some card games with our new friends onboard.

The journey is split into two days with an overnight stay in Pak Beng. Once all luggage is stowed away in the bottom compartment, the boat sets off down the Mekong at a slow pace. The boat was packed but hardly uncomfortable. There was still plenty of space to move around. A nice river view to the back side or front wasn't hard to get to.

Along the banks of the river local kids would run up onto the rocks and wave we passed by. In true slow boat fashion we meandered down the Mekong narrowly avoiding exposed rocks. It would be a good 6 hours before us we reached Pak Beng. Without much to do but stare out the windows, we decided to make some new friends aboard. The ride was quiet, relaxed and everyone was in good spirits. It was a great opportunity to go around and talk to some interesting people that you probably wouldn't bother with on a bus. Once in a while we'd make a stop at a village where people would get off or packages were delivered.

Around 6 hours later, the sun was setting and we arrived at Pak Beng. The sky was a beautiful red as we disembarked and waited in the chaos for our bags to come up from the hold. At the top of the stairs tuks tuks awaited and hostels tried to get you to stay with them. It was a hectic free for all of bargaining. We got a nice private room for 65 000 kip. In the end we split form our new friends but the town was small enough we agreed to meet at one of the only two bars in town later.

Pak Beng is not so special. It's a small port town with two mains on opposite ends of the main street. There are a few Indian restaurants, and Laos restaurants on the same street. A couple bakeries caught our attention with large chocolate and almond muffins, along with tasty looking croissants. Only 10000 kip! One special tip: Wake up early enough and you may catch elephants bathing in the Mekong. We slept in.

In the morning we hopped on a Tuktuk to the beach and boarded a smaller boat. This time we were the last to arrive as we were indulging in the sweet pastries. There was only space beside the smelly engine so we decided to make a seat in the front at the foot of our friends bags. Even then it wasn't that bad at all. Another chill day on the Mekong. We even managed to take a nap.

The Mekong opened up and the mountains grew bigger. We were getting deeper into Laos. The views were hypnotic as the scenery and water rushed past. It was still a long journey, but some cards, socializing, and doodling with strangers helped pass the time. My friend took a seat at the front of the boat an watched the World approach her.

Once Luang Prabang came into view, I felt a tinge of sadness that the journey was over. Rather than two days of madness that I expected, It was two days of calm, relaxed travel. The boat is filled with travelers and you wouldn't have trouble finding someone to talk to. The overall atmosphere was always friendly.

The Slow boat may take a full two days, but they're broken up into manageable parts. The price is not much more than the bus and I imagine much less cramped. I highly recommend the slow boat if you're traveling with someone or even alone. Once we disembarked for the city, we had new friends that we could enjoy Luang Prabang together before we even arrived. I must admit, I never expected to enjoy that view of the Mekong so much either. Watching the river change and pass by from sunrise to sunset gave a somewhat magical feeling that the highways just wouldn't quite match. --- View this post [on TravelFeed](https://travelfeed.io/@captainxcaptain/thailand-to-luang-prabang-slowboat-on-the-mekong) for the best experience. [//]:# (!steemitworldmap 19.8225 lat 102.15222 long d3scr)
travelfeedbackpackingoutdoortransportation

Congratulations @captainxcaptain! You received the biggest smile and some love from TravelFeed! Keep up the amazing blog. 😍 Your post was also chosen as top pick of the day and is now featured on the TravelFeed.io front page.

We did the slow boat over New Year's, so finding a seat was not a problem. We found that paying a tuk-tuk (30k for the two of us I believe) and then buying the ticket at the pier (200k) was cheaper than paying 240k in Huay Xai

amazing. I missed you by one day then

Why didn't I try that seat in front??? haha I really enjoyed this slow boat more than what I expected. It's here when I can say the cliche - it's about the journey not the destination :D

True I said the same thing