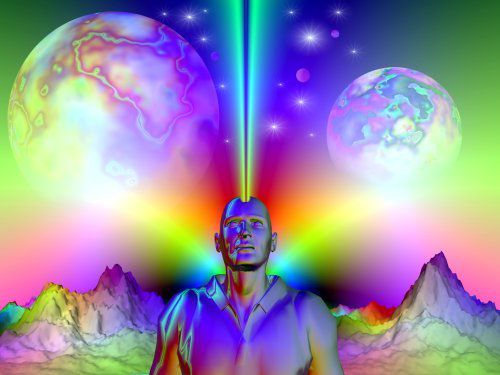 THE AWAKENING OF THE THIRD EYE

3.1 What is the third eye?👁️🤦
The third eye is the door that opens to
space of consciousness and to
inner worlds. Is also the
main body to govern and
to wake up the body of
Energy. So, in practice the
third eye acts as a
"switch" that you can activate
higher frequencies of
energy body and, in
consequence, lead to states of
higher consciousness.
From a point of view
therapeutic experience
professional has shown me that
numerous patients felt
better when they connected with him
third eye regardless of
The nature of your problems.
Due to its function of
commutator as soon as it
active the third eye tends to start
the movement of various
energy currents Which it's
assumes automatic adjustment of a
large number of physical disorders
and emotional, a process that
could be defined as a species
of self-acupuncture. Further,
even the initial process of
awakening of the third eye tends to
get in touch with the plans
deeper personality,
which by itself means a
important therapeutic action. By
Of course, I am not suggesting that it is enough to connect with the third eye to heal everything, although the
This center's potential is so great that it would not surprise me that in the coming decades
they will increasingly develop "third eye therapies".
From a spiritual point of view, texts are found in both Christian and Hindu traditions
They compare the body with a temple. If we wanted to develop this analogy, we would equate
third eye with the temple portal. Crossing this portal goes from the profane to the sacred, the state
where you read and think about the spiritual life to the state in which you begin to experience. The third
eye has always been considered by those who seek to know themselves as one of the most jewels
precious, hence the precious stone that is placed on the forehead of the statues of the Buddhas.