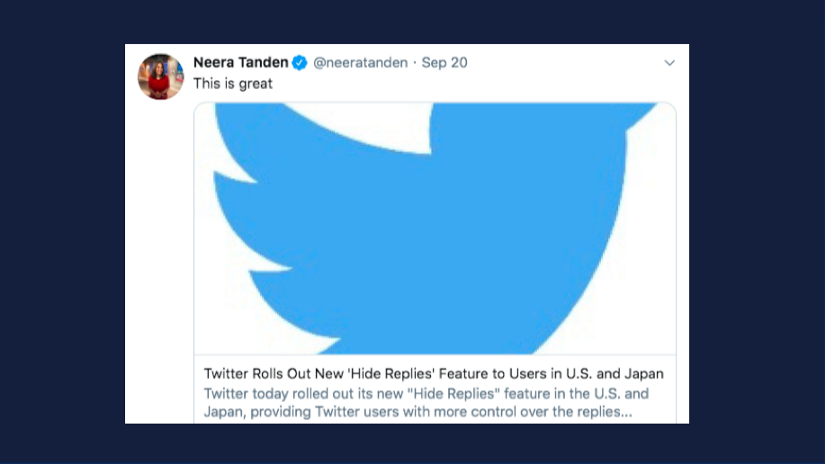 "I honestly think the annoyingness of a certain candidate's supporters on Twitter prevents other reporters/analysts from pointing out that said candidate's campaign obviously isn't going that well," griped the popular statistician/establishment narrative manager Nate Silver on Twitter today, following angry backlash from American progressives for a controversial racially charged tweet a few hours earlier in which he referred to Bernie Sanders' diverse base as "residue".

We've been seeing many such complaints from elitists of the political/media class about the way Twitter's somewhat egalitarian structure allows ordinary citizens to effectively criticize their posts, and it's been growing louder and louder in recent years. Slate's Ashley Feinberg published an article earlier this month documenting New York Times columns over the last two years that have been dedicated to NYT columnists using their massive platforms to whinge about the comments they receive on Twitter. Feinberg's article was inspired by the hilarious melodramatic hissy fit thrown by neocon Bret Stephens over some random guy calling him a "bedbug" on the social media site, but it's amazing how many other columns the editors of the New York Times thought worthy of publication on this matter.

This ongoing meltdown by elitist narrative managers over the fact that mere commoners now dare address them in public without reverence and respect is the result of the novel nature of this dynamic. It used to be that the unwashed masses were kept quarantined from the narrative makers of the plutocratic media; they'd stay safely insulated among their own kind and they'd tell the rabble what to think from behind a wall of inaccessibility. Now if you're in politics or media you're expected to maintain a social media profile so that potential future employers can see what a good establishment lackey you are, but this new dynamic is clashing with the surging western populist movements who have an ever diminishing respect for that same establishment.

This freakout arguably began being shoved into mainstream consciousness with the completely bogus "Bernie bro" narrative  in 2015, when pundits and political influencers began seeing their comments sections light up with angry replies every time they moved to sabotage the 2016 Sanders campaign. Their discomfort at this new dynamic was falsely spun as the result of being targeted by sexism and racism because they could never get away with calling it what it really was: the experience of cognitive dissonance caused by the common riff raff criticizing them in a way to which they were not accustomed.

The mass media narrative managers are able to use their plutocrat-sponsored influence to create the illusion of an epidemic where one does not exist, as we've seen them do in the UK with the entirely fabricated "Labour antisemitism crisis". It should come as no surprise, then, that Twitter has now taken steps to appease this elitist class by rolling out a new "hide replies" function in the US and Japan.

The function is typical of Twitter CEO Jack Dorsey's "I just want everyone to get along and keep giving me billions of dollars" mentality, allowing people to choose which replies to their posts are visible but including an option to "view hidden replies" for those who know where to look. You can tell the function is designed to appease the elitists of the political/media class by those who are happy about it, like the president of the Center for American Progress think tank Neera Tanden, who spends much of her time on Twitter smearing everyone to the left of Elizabeth Warren and tweeted "This is great" in response to the news about the "hide replies" function. Meanwhile those of a more anti-establishment political inclination have been voicing nothing but objections to the change.

Establishment loyalism (often mislabeled "centrism" despite its violent, extremist nature) is always necessarily elitist, since the sole function of that ideology is the preservation of elite power structures. We can learn a bit more about why their ilk loves this new "hide replies" function so much from a recent thread by a mainstream media denizen named Heidi N Moore, who has over 100,000 followers, and describes herself as follows: "Frequent guest on TV and radio, including MSNBC, CNBC and NPR, and my specialty is explaining difficult topics concisely and accurately. Bylines in The New York Times, The New York Times Book Review, the Wall Street Journal, The Guardian, USA Today, the Financial Times, the Washington Post, Slate, Mashable and Fortune.com."

Moore, who often complains bitterly about Sanders supporters and despises Jeremy Corbyn, says the new function is great because before she had to rely on using Twitter's quality filter or only reading the replies of verified (blue-checkmarked) accounts, which was insufficient for silencing objections and problematic because, while having a large account comes with the advantage of "algorithmic authority", "people desperate for attention love to free-ride on large accounts for clout."

"Those trolls are depending on a siphoning effect: If a tweeter is important enough for the algorithm, then their reply might be too," Moore's elitism-swollen head proclaims. "They might pick up a few followers by replying snottily. It's a grift."

"Anyone who's ever tweeted knows that your snottiest or spiciest sentiments will get shared more widely than positive ones," Moore argues. "So there's a technological incentive to create and boost sentiments around disrespect, dunking, misogyny, hatefulness etc etc etc."

Note the deliberate conflation of "disrespect" and "dunking" with "misogyny" and "hatefulness". Citing no evidence, Moore implied that "Twitter swarms" (large numbers of disagreeable comments) are primarily directed at women with large or verified accounts, thus making the new function an ideal weapon against sexist silencing tactics.

"In addition, Hide Replies isn't censorship -- it puts the jerks into a little leper island, which anyone is free to visit," Moore says. "But -- here's the genius -- we all know that endless scrolling is the way we engage. How many people will stop and read all the replies AND hidden replies?"

Indeed, how many people will do so? Probably not many. Which is precisely why these once-completely unaccountable political/media class elites are so thrilled about this new function they've been whining and whining and whining for since 2015. They understand that whoever controls the narrative controls the world, so they don't like having their narratives disrupted by the plebs.

Thanks for reading! The best way to get around the internet censors and make sure you see the stuff I publish is to subscribe to the mailing list for my website, which will get you an email notification for everything I publish. My work is entirely reader-supported, so if you enjoyed this piece please consider sharing it around, liking me on Facebook, following my antics on Twitter, checking out my podcast on either Youtube, soundcloud, Apple podcasts or Spotify, following me on click here. Everyone, racist platforms excluded, has my permissionto republish or use any part of this work (or anything else I’ve written) in any way they like free of charge.

"....Jack Dorsey's 'I just want everyone to get along and keep giving me billions of dollars' mentality...."