Self-Validating Circle Jerk Of War Psyops: Notes From The Edge Of The Narrative Matrix 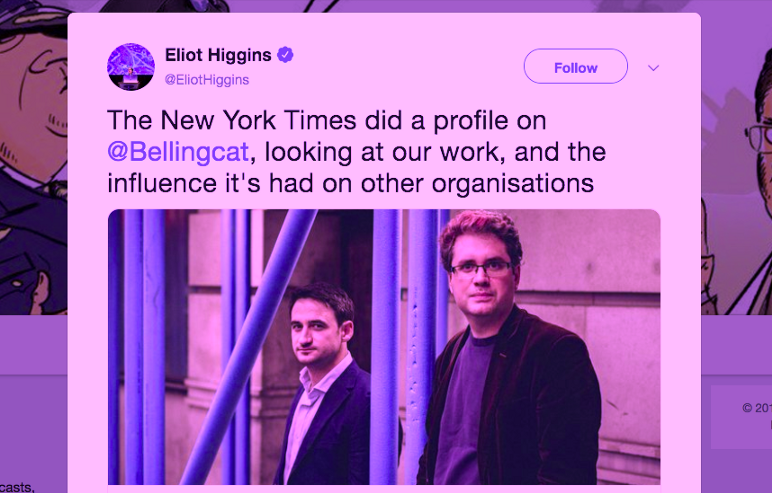 Everyone made fun of Billie Eilish the other day for not knowing about Van Halen. Meanwhile most of them still think they live in a free democracy where the news reporter tells you true facts about the world.

Here's how politicians, media and government could eliminate conspiracy theories if they really wanted to:


I actually envy the pro-establishment types. What pleasant lives they must have lived to be able to trust authority with such pure, blind faith like that.

On the right they often refer to deaths under 20th century communist governments. On the left they talk a lot about Nazi Germany. What doesn't get nearly enough attention is how the tyrannical force that's doing the killing and oppressing right now is the US-centralized empire.

If a reporter in the mass media advances the establishment line in a clever and skillful way, they'll be published, praised and promoted. Those who figure this out quickly rise to the top. Those who don't get fed bottom-tier assignments no one reads until they find new careers. This is all you're seeing when you see blue-checkmarked media figures smearing Assange or shrieking about the Evil Dictator Of The Week. You're seeing ambitious reporters who understand how the game is played signal their understanding to current and future employers.

It's not fucking complicated. If a narrative serves the interests of powerful groups with a known history of lying, be skeptical of that narrative. This should be extremely obvious to everyone.

How to avoid being called a Russian agent online:

Con artists prefer lies by omission because they are cowards and they would prefer not to look you in the eye while lying. The same is true for the imperial media. Omissions like not reporting on OPCW leaks are the same as straight-up lies. It’s fake news by omission.

We really cannot afford to lose the battle to free Assange. If we're going to let them imprison a journalist for life because he exposed US war crimes then we might as well tap out and hand the imperialists the keys to the world forever, because we'll never reclaim what we lost.

Anybody who isn't loudly protesting Assange's imprisonment is now caping for Trump's diabolical attack on the free press worldwide. Silence is complicity right now. This is endgame; without a free press holding power to account, we are done and we will freefall into dystopia.

Things that make me sick about the Assange case:

One thing that gives me hope: the cool-factor is building momentum around Assange here in Australia. I think maybe it's because Australians generally loathe that church-lady busy-body tsk-tsk tone that typifies the general narrative on Assange. It's so uncool. So there's that.

People often say if MSM reporters don't defend Assange then they'll be next behind bars. One problem: it's not true. And they know it's not true. If you serve power, nothing you publish will get you into trouble. If they're silent on Assange, they've openly chosen to serve power.

Every single person who still believes Hillary Clinton would have made a decent president has simply spent the last few years adamantly refusing to do intellectually and emotionally honest research into the things that she did as a secretary of state and senator.

Democrats who continually object to centrists being criticized from the left within their party while also simultaneously shrieking about Jill Stein running as a third party candidate are really just saying "No one's allowed to be to the left of Hillary Clinton. Ever. At all."

Broke: Buttigieg is a Rhodes Scholar, isn't that awesome?
Woke: Corey Booker is also a Rhodes Scholar, but nobody makes a big deal about a Black man's achievements.
Bespoke: The Rhodes Scholarship is just a training program for CIA-aligned establishment swamp monsters.

I'm almost certainly wasting my breath here, but the Bernie crowd vs. Tulsi crowd sectarian feuding I'm seeing on social media will be over and irrelevant in a few months, so maybe it would be a good idea to contemplate how wise it is to say hurtful/damaging things to/about each other in the meantime.

Trump is doing countless evil things right out in the open, yet instead his "opposition" focuses on imaginary Russia conspiracies and an impeachment that can only fail, much like a pro wrestler stomping on the mat next to his downed "opponent" to avoid hurting the other actor.

The reason it's so important to stay enraged about Iraq is because it's never been addressed or rectified in any real way whatsoever. All the corrupt mechanisms which led to the invasion are still in place and its consequences remain. It isn't something that happened in the past; it's happening now.

It's just so insane how Bush showed up, launched two full-scale ground invasions based on lies, murdered a million people, launched unprecedented domestic espionage programs, and then the news churn just moved on and now we're only supposed to care about Trump's rude tweets.

If you lack a deep, visceral loathing of the Bush administration for the evils it unleashed and the precedents it set, then you also lack (A) any framework through which to correctly understand the world, and (B) a conscience.

QAnon is Fox News in puzzle form. It gives adherents a bunch of cryptic hints leading them down artificial rabbit holes which just so happen to result in their all believing mainstream GOP narratives like Trump is awesome, everything's Obama's fault, and Iran needs regime change.

The NED-funded Bellingcat isn't toxic on its own. What makes it toxic is the way it's aggressively elevated and promoted by mainstream news media, who then cite it as an authoritative source in their own imperialist propaganda. It's a self-validating circle jerk of war psyops.

The capitalism cultist's solution to caring for developmentally disabled children is that their families care for them at home for their entire lives. Society gets those families’ labor, for free. Free stuff! Sweet, huh? But the problem with capitalism is that eventually you run out of other people’s free labor.
Everyone talks about "free stuff" but no one talks about free labor. The carers of children, the disabled, and the elderly do free work all day every day, but that's fine, just don't give them any free stuff because that would be immoral. Everyone loves to say "Not everything is about money," but only when it comes to carer's work. Otherwise it's all "Taxation is theft!" and "Don't coerce me in to caring for others!" Carers are just meant to retire on good feelings and pay their rent with sweet sentiments. Or depending wholly on the charitable inclinations of an industrious man. Who hopefully is the nice kind of man and tough luck if he isn't.
And don't hyperventilate at me about violence and coercion. The current system is based on coercion and force when you're a primary carer. You can't leave even if your situation is abusive, you don't get paid so you can't even retire. That's as coercive and forceful as it gets.

I'm really looking forward to when we've won this thing and the people have wrested their rightful power away from their oppressors so I don't have to stay plugged into the news cycle 24/7 keeping track of what bullshit's spewing out of people's televisions today.

The world is ruled by idiots and egocentric fools. They need a good spanking. In a public square.