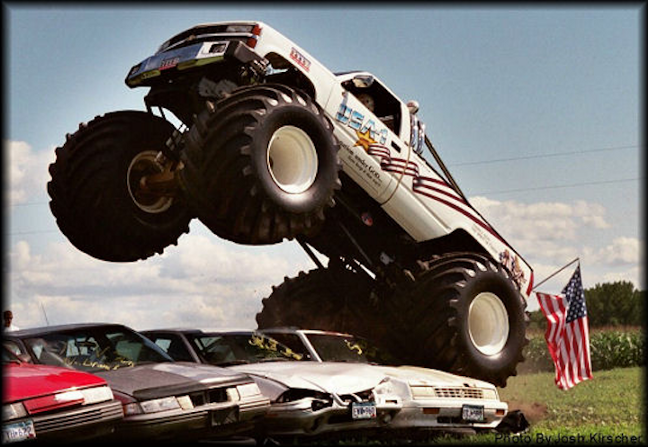 American liberals and progressives talk a bit about white privilege, male privilege, straight privilege etc, but one thing I never hear them talk about is American privilege: the ability their nationality gives them to have a relationship with this world that the rest of us do not have.

American privilege is reassuring yourself that there are problems enough at home without worrying about the trillions your government's war machine is spending terrorizing the world and encircling the planet with military bases.

American privilege is reluctantly allowing the potential Commanders-in-Chief have an eight-minute conversation about foreign policy in your presidential primary debates, when your country's military policy functionally dictates the affairs of rest of the world.

American privilege is arguing against the legality of assault weapons on the basis that they are "weapons of war", implying that they're fine as long as they're used to kill some foreigner's kids.

American privilege is being able to lose your mind over someone using the wrong pronouns while paying no attention to the fact that your government pours your tax money and resources into governments and groups who hang gay people in the town square.

American privilege is believing your propaganda is the truth, and everyone else's understanding of the world is fake news.

American privilege is assuming your prudish Puritanical brand of sexuality is healthy and normal so it's no big deal that you insist that all English-speaking social media adheres to your creepy nipple-hating norms.

American privilege is having a shit fit over election meddling in one social media post, while cheerleading regime change in the next.

American privilege is starting a war on a lie without being charged with a war crime.

American privilege is committing war crimes with impunity while jailing the whistleblowers and journalists who reveal them and still getting to call yourselves the good guys.

American privilege is being able to spend all day arguing online about domestic policy while the rest of the world, completely incapable of influencing your government's behavior, prays you don't get us all killed.

American privilege is only having a robust antiwar movement when your own citizens are at risk of being drafted, then completely forgetting about peace for decades while an increasingly robotic military force gives you even more peace of mind.

American privilege is being able to relax about war because your soldiers are being replaced with drones and proxy militias in US-driven conflicts, even though those kill people just as dead as manually operated killing machines.

American privilege is being hush-hush about the egregious imperialist stances of progressive candidates like Bernie Sanders because they have some decent domestic policies.

American privilege is benefiting from cheap goods and oil and a strong dollar and never wondering how many innocent foreigners lost their lives and homes in the wars your government starts to make that so.

American privilege is living in a nation whose government can murder an entire family one day with explosives dropped from the sky, and yet you never hearing about it because that isn't considered a newsworthy occurrence.

American privilege is being one of the worst-travelled populations in the world while having military bases in countries that most Americans wouldn’t recognize the name of, let alone have been to.

American privilege is having your insane culture normalized around the world via Hollywood and other media so that nobody stops and wonders why we're letting this bat shit crazy nation rule our planet, and so no one makes you feel bad about your American privilege.

American privilege is living in a nation that uses its military and economic might to terrorize, murder, imprison, starve and impoverish anyone who doesn't go along with its interests, and feeling no urgent need to bring a stop to this.

American privilege is being fine with being the world leader, but not being too bothered about what exactly that means.

Thanks for reading! The best way to get around the internet censors and make sure you see the stuff I publish is to subscribe to the mailing list for my website, which will get you an email notification for everything I publish. My work is entirely reader-supported, so if you enjoyed this piece please consider sharing it around, liking me on Facebook, following my antics on Twitter, checking out my podcast in either video or audio format, throwing some money into my hat on Patreon or Paypal, purchasing some of my sweet merchandise, buying my new book Rogue Nation: Psychonautical Adventures With Caitlin Johnstone, or my previous book Woke: A Field Guide for Utopia Preppers. For more info on who I am, where I stand, and what I'm trying to do with this platform, click here. Everyone, racist platforms excluded, has my permission to republish or use any part of this work (or anything else I’ve written) in any way they like free of charge.

This is why foreign policy is so sooo soo important.

This is why Tulsi did not "qualify" (and that lunk head Yang did) for the debates. I am still all in though, they did not put a single ding in my resolve. Gabbard 2020.

She would get my vote too based purely on her foreign policy - if only I was eligible. I'm in a vassal colony here in Australia though so I don't get a vote. We just get to follow and send our armed forces out on any of the US mis-adventures they see fit.

oh no - I think of Australia as more removed from our murderous crap.
A question. Are vaccines for children also becoming difficult to avoid in Australia?

Yes, vaccines are being pushed pretty hard here. Not sure if you're in the America bubble but we've been alongside the USA all the way, like a good little toadie. Iraq (both times). Afghanistan. Even this latest Iran thing in the Strait of Hormuz. We are right there.

We all live in a vassal colony, we have about as much say here as anybody in Australia yet you don't see her slamming her own country and the friendship backing between Australia and the US so she can be guaranteed her so called white privileged at the expense of the others she spiels on about.

Not allowed to criticise you're own governments policy? You are a good patriot. Have another cup of kool-aid.

While it might seem to be defending the USA!USA!USA! to point out that Oz is right there in it with us, I reckon @sunlit7 has a good point: none of us are the USA, Oz, the UK, or the nations we reside in. None of them is just and incorruptible, and none of them are under our control.

I've argued bitterly with @sunlit7 in the past, but I won't allow them to take the brunt of your censure without standing in the breach with them.

The USA isn't the problem, and neither is Oz, because those are nations of people that have no say, have been indoctrinated from birth, and whose ears tingle with the sweet whisper of propaganda day and night, and that whom, when the see some truth through the veil of lies that hide horrible truths, are censored with extreme prejudice.

We, the people, are not the problem. Those that would be our overlords are, and they are running every country in the world.

Yeah we can criticize all we like without fear of having our heads chopped off. Thank goodness none of those countries blessed with valuable commodities never had imperialist visions over the vast decades of making untold trillions for military might that would give them the ability their nationality would gives them to have a relationship with this world that the rest of us do not currently have. I am glad I get to keep my head for speaking out.

Maybe you should go spend a couple years in the middle east. If you make it back then we'll believe all the hogwash you just spieled.

Well, I reckon all Five Eyes have such privilege. It's true that the US is the Golem lurching across the battlefields of the Earth. It shares it's proceeds with it's allies, or at least the psychopathic oligarchs abusing that privilege share it with the psychopathic oligarchs running those subsidiaries of the real global entity that runs the world.

I'm an American, and I either don't enjoy any of those privileges, don't advocate for them, or reckon they're common to every person on the planet.

It's easy to get notice and praise for playing the blame game. It's facile and vapid as well. I didn't intrigue to gain any privilege, wage war for them, or deny them to another. Let's get real here: it's not America that is savaging the world, it's the billionaire jackals that aren't loyal nationalists to any country, but brutal thugs and con men that manipulate the narrative to get us all goose stepping for their aggrandizement.