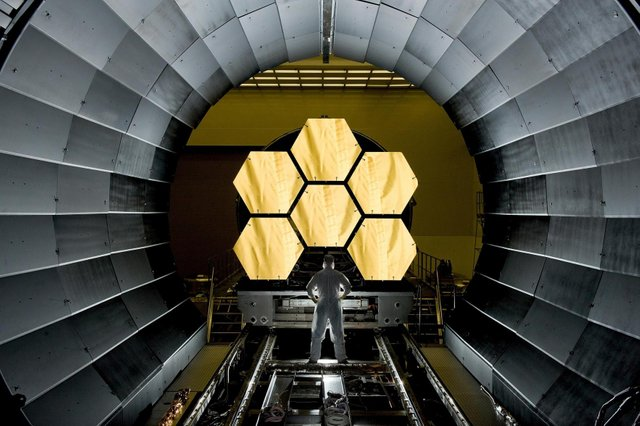 C-Squared is an open community for curators centered around a public Discord server where everyone is welcome. Join us on Discord and request the "curator" role to participate!

@c-squared is not a closed curation guild: we have no hoops to jump through and always allow new curators to join. @c-squared has no complicated guidelines and does not require a time commitment or minimum curation. Join today and start amplifying your own curation - @c-squared is Curation Squared! See below under "C-Squared Operations Update" for more details on what we do.

The @hiveio account has announced a new fork of Steem called Hive. This fork will remove the Steemit Inc stake which is currently controlled by Justin Sun and is being used to vote multiple sock puppet witnesses into consensus positions. See the linked announcement post for more details.

In addition to the centralization of Steem DPoS governance under puppet witnesses, the steemit.com front end owned by Justin Sun is now censoring posts about Hive and other topics.

The @c-squared team has always believed in the potential of Steem as a decentralized, censorship-resistant, blockchain-based social media network. We have tried to add value to the community by surfacing good content produced by real people, and @c-squared operations have been as open and decentralized as possible while doing so.

Given the centralization and censorship of the Steem blockchain under Justin Sun we no longer feel that we can in good conscience curate on Steem when a truly decentralized alternative has emerged.

Incidentally, @c-squared has always used a bee hive theme to evoke a community working together, and our general purpose curation channel has always been named "The Hive".

Both @c-squared and @c-cubed are available vote trails to follow at hive.vote (@hive.vote is the rebrand of @SteemAuto on the new chain).
- @c-squared is the general curation account, casting ~ 30-70 votes a day at variable 5-20% vote strength, with occasional higher % votes on featured posts.
- @c-cubed votes a maximum of 10 times daily on featured posts, with all votes at 100% vote strength.

As soon as possible, @c-squared will switch its witness to run on the Hive chain.

@C-squared has operated a community witness on the Steem blockchain since Nov. 4th, 2018. @c-squared was ranked the #38 active (#42 total) witness prior to the hostile takeover of the Steem network on March 2nd, 2020.

@c-squared has developed our own witness monitoring tool that interfaces with Discord for simplified monitoring.

@markangeltrueman is one of the cofounders of @c-squared and serves as the witness operator. Mark has extensive experience running witnesses on the Steem blockchain, having operated the @curie witness while it was in the top 20 consensus positions and having run his own personal witness as well. He also has extensive technical experience having been a developer for 15 years and a dev ops support engineer for the last 5 years. He has decided to disable his own witness and fully commit to the @c-squared witness.

We believe that you should know what we are doing with any profits @c-squared may make from our witness. Producer rewards will be used as follows:
* Paying for witness server(s),
* Powering up the @c-squared and @c-cubed accounts to allow us to give higher rewards to content creators,
* Supporting community initiatives that focus on community building to include possible prize pool funding.

- The curation guidelines can be boiled down to: no self promotion in the curation channels; and check for spam/plagiarism. Currently 125 members have the "curator" role which gives permission to drop links in the curation channels.
- C-Squared has left it to each curator's best discretion what kind of posts to bring in. We tell curators: If you find a post that deserves more love, bring it to the C-Squared Discord.
- The most active curators who become valued contributors to c-squared curation (as nominated/voted by administrators) are given the "voter" role and can upvote posts brought in by other curators (voters are still not allowed to upvote posts they themselves bring in). Currently there are 34 voters in the server.
- C-Squared does not attempt to define specific guidelines for voters to follow, instead leaving it to each voter's best discretion whether to upvote a post or not (with the instruction that unless the reason for not voting is spam/plagiarism, to not give negative feedback and instead just leave the post for consideration by other voters).
- The most active voters who continue steady contribution to c-squared are given administrator role upon nomination and vote of other administrators. Currently there are 7 c-squared administrators. Administrators can upvote posts they curate themselves to keep the server moving but still must adhere to the no self-promotion rule (i.e. admins still cannot vote posts they authored themselves).

No curator or administrator at c-squared receives payment for time volunteered. Post rewards from the daily curation posting on the @c-cubed blog are powered up to increase our vote.

We are committed to partnering with and helping to support Hive communities. We want to be a place for all communities to come together to make Hive what we know it can be. If you are a community leader or moderator, curating the best posts from your community to C-Squared is a very easy way to incentivize posting in your community while reaching a broader audience through the @c-squared resteem!

We are always looking forward to more partnerships. We have sponsored contests and initiatives in the past and will do so again in the future. Want to join forces to do more good together? Come hop in our server and let's chat!
Examples of groups who have actively partnered with c-squared include @naturalmedicine (natural health curation), @la-colmena (Spanish language curation) & @discovery-it (Italian language curation).

OK - you sound like a potential curator! Please join the Discord, request curator role, and start bringing in the good posts in areas that c-squared curators are currently neglecting. There are no hoops to jump through. There are no complicated guidelines to adhere to. There is nothing stopping you from diversifying c-squared curation even more than it is now :) That is what we mean by c-squared is an open community for curators.

*EVERYONE should be a curator on the Hive blockchain* ####

That is what "proof of brain" means... or is supposed to mean :) Come join us where that is the reality.

As @c-squared closes this chapter on the Steem blockchain and starts writing a new history on Hive, a reminder of our long history of diverse curation: 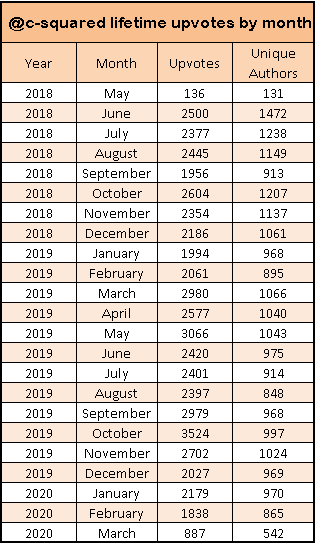 Given the centralization and censorship of the Steem blockchain under Justin Sun we no longer feel that we can in good conscience curate on Steem when a truly decentralized alternative has emerged.

Completely respect your position. As a curator, I will not drop anything other than posts from the hive blockchain, is this cool?

Thank you @c-squared. You and your curators do great work. I have been privileged to have posts curated. Makes the world of difference. See you on the other side.

Love to hear this positive feedback :) Thanks @fionasfavourites!

So excited to be continuing on in #HIVE in a spirit of decentralisation and community. Resteemed!!

Yay thanks for being a valued contributor to c-squared for a long time, @artemislives! Excited that the rest of the blockchain finally caught up to #the-hive :)

always nice to be part of a prescient & visionary team. :) no rebranding req here. :) look forward to curating with vigor. :)

Didn’t doubt this move for a second that honeycomb logo was yearning for hive the day it was announced! All the best

Yes our time machine was working very well when we founded c-squared, obviously 😂

Crazy times my friend!
I will see you in the hive. :)
Initiate protective barrier!!

Good to see your moving over, I have had plenty of love from you in the past.. especially the early days!

See you on Hive my friends. Let's make it a new awesome place for all of us :)

Seems all my friends are going over there; guess I should join them:)