The TULIP Mania Game Round 2: How the New Dutch Auction Works 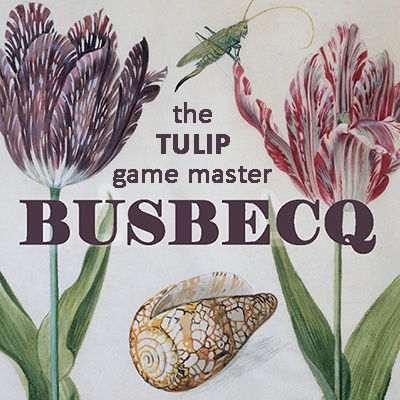 The current @ADDAX game had the most successful Dutch auction so far, I think, so will start the new TULIP Mania game in the same fashion, but with an added twist.

As I mentioned in a previous post, this TULIP game will be administered on a cash basis. This means that in my daily posts I will list the amount of STEEMP that has come in from token sales and the amount gone out to the players, including profits generated by the TULIP fund.

I shall still publish an ABV but this will be more a guideline than an accurate estimate. The problem is that there are so many TULIP tokens still hanging around from the previous game that may (or may not) suddenly be sold in this new game. I don't wish to lose money on this, and nor do I wish to underpay our players. So the easiest thing is to ignore the number of tokens and just work in STEEMP.

This also means that at the end of this new TULIP game, and once all profits have been paid out through token buy-backs, there will likely still be users holding TULIPS. To avoid this, it's up to each player to judge when to sell and when they've made enough profit. Your TULIPS will obviously hibernate till the next game, but that means some days of inactivity and a decreasing yield. That's all part of the game and I make no apologies for it.

Rules for the Dutch Auction

OK, finally, we get to the Dutch Auction itself. It worked well at the start of @ADDAX, so will do a very similar method.

If you look at the TULIP market now, you'll see a large sell-wall at 10 cents and possibly a few eager traders. The distribution will be flat this time, with the same number of tokens at each price-point going down to a minimum of 1 STEEM cent.

When the auction starts, I shall create the sell orders for tokens going down from 10 cents to 1 cent. This will take a few minutes; because of reaction and refresh times on the Steem Engine, I usually proceed slowly so that players can react.

As we have previously seen, as we get to the lowest token prices, the DEX will process a sale if an open buy exists that is equal to or greater than the price of the new tokens. This proved to be important as players can snipe each other during the auction. I shall leave the tactics up to you.

However, the difference this time is that the Dutch Auction will only stop once I have sold or created 100,000 TULIP tokens (excluding those at higher price-points). This means that most people should be able to buy as many tokens as their budget allows. I shall place for sale tokens on the hour every hour until they are gone and the trading part can begin in earnest. I shall only put on the market tokens at price-points that have already been fully sold.

I will keep all players informed of progress through comments on the post announcing the start of the game.

Just to repeat, the reasons for these changes are that with so many TULIP tokens hanging around from the previous game, it will be far easier for me to see money in and money out than to keep track of the tokens themselves. I hope this goes smoothly and these may become the new default rules. It also means that players know that, if they end up with remaining tokens, they can sell them in the next round - hence a problem now becomes a feature!