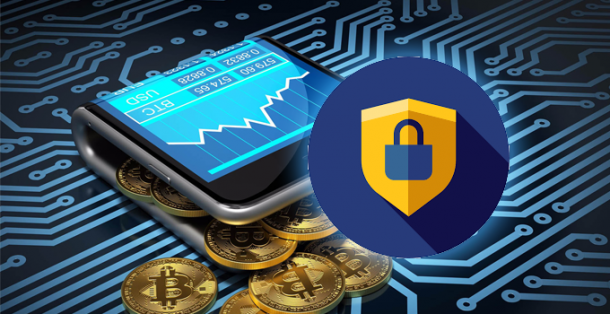 WHAT EXACTLY IS BLOCKCHAIN?

Blockchain is a digital folder of economic-related transactions that has a very high level of intractable security. Blockchain is programmed in such a way that it is able to keep a very good record of every single financial transaction.

Again, it has the ability to record anything of value of any kind. It can be visualised as a thin spreadsheet that is sort of duplicated to run simultaneously in different computer networks.

These spreadsheets are designed to be updated on a regular basis. This forms the basis or basic understanding of the operational model of the blockchain industry.

There is no centralised database. Instead the databases are run across different individual computer networks. Hence, there is no single database that could be attacked by cyber hackers.

With the use of public and private keys which are cryptographic keys made accessible to individuals across the globe access can be gained into the system.

Through a public peer-to-peer system, two users can both agree on an exchange of a particular value of cryptocurrency from one end to another. This would be done privately and sey.

WHAT SECURITY FEATURES ARE AVAILABLE TO BLOCKCHAIN?

There are a few simple but complex security features that have been adapted in the blockchaiustry.

The crypographic keys are a very wonderful innovation in the cyber security space of the 21st century. The keys consist of a long string of encrypted and difficult-to-decipher sequence. They are so unique and difficult to access without authation.

(2) Mult Muliple verification for a particularnsaction

However, in the block chain industry, there are thousands of distinct nodes that serve as digital ledgers that bear a copy of every single digital transaction acted upon.

There are equally a few other important security measures in place.

ryptoyptocurrency is a digitally recognised and held form of asset. It can be used as a medium of exchange which uses a very complex form of cryptography to secure every single business and economic transaction performed on the platform.

They are often referred to as alternative, digital and virtual currencies. In essence, cryptocurrency can be said to be a series of simultaneously-run, spreadsheet-like entries in a database system which can only be altered in the case that some encrypted conditions are met.

Cryptocurrencies have the properties of being secure, controlled in supply, fast and global, irreversible, needing no permission to be used and operated with pseudonyms (that is, identity not revealed to any third en).

Some examples of well-known cryptocurrencies include Bitcoin, ethereum, ripple, litecoin, monero and s.

WHAT SECURITY ISSUES CAN BE IDENTIFIED IN CRYPTOCURRENCIES?

Cryptocuencies can have the same problems as other well-known electronic payment gateways such as PayPal and WebMoney. This is because cryptocurrencies can be classified as electronic money also.

It should be noted that there are some risks which are quite uniquely associated with cryptocurrencies. The way and manner by which cryptocurrencies are operated even make them more likely to occur.

Two very significant security issues of cryptocurrencies would be discusshere.

(i) Hackacking through the payt system

ne ve very disturbing security challenge and threat in the cryptocurrency ecosystem is that even using the correct receiver or user addresses to make payments could still result in loss of digital assets or money.

Once access is gained, digital assets can be transferred wrongfully and fraudulently. At a certain time, this particular method had been used to swindle over 300,000 dollars in a few hours by some hackers. However, they were later intercepted due to the fact that payee names were quickly and impatiently replaced.

This resulted in the system becoming suspicious of the fraudulent transactions going on. Gaining access and keeping the wallet for a longer period before transacting could have proved to be by far more dangerous and quite deleterious.

However, this particular method of illegally gaining access into an unauthorised wallet can also be seen in other classic e-payment gateways. This could be seen in the case of a whole bank being hijacked by hackers irazil.

However, this is based on the discovery that most users decide to store the wallet size of their cryptocurrencies in their computer systems. Hence, they can either be stolen with the use of malware or lost in the case that the hard disk crashes.

On the block chain, cryptocurrency transactions and transfers are registered, stored or recognised as wallet-to-wallet or peer-to-peer transfer of particular amounts of digital assets or cryptocurrencies agreedeed-upon.

A private key could be imported into the wallet of a hacker and your digital assets could be spent fraudulently without your knowledge in that manner. This could happen in the case that you lose your private keys to an unauthorised user.

However, it is reassuring to know that this asymmetric encryption is programmed in such a way that one way is easy and the other is absolutely difficult or impossible.

A way of getting around this particular security threat of cryptocurrencies is by making hard copies of one's secret and private keys. Then, USB hardware wallets could be purchased also. Also, when large amounts are to be transferred or corporations are involved, the use of USB tokens become datory

In conconclusion, it should be understood that most security breaches in the cryptocurrency airspace could often be traced to some form of negligence and human error.

The security of the cryptocurrency has often been described as being airtight. Hence, human efforts should be properly put in place, executed and implemented to curb some of the breaches experienced over the blockcchain ecosystem.

Hello, it is good to have you participate in this week's class. While reading through your post, I found it difficult to differentiate between the subtopic and the body of the post.