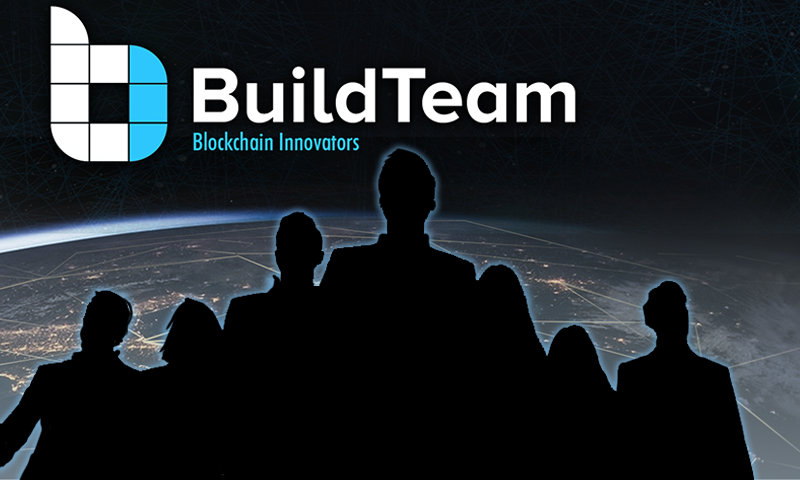 But who are the people behind it? Who is writing the code and managing the services, making sure that everything works?

While you can always find the current core team on our website, it can be useful to have a rough idea about who is doing what.

And what's even more interesting is to catch a glimpse of how international BuildTeam is! Our members are scattered all over the world, which captures the spirit of developing a product on a decentralized blockchain.

So there it is; an overview of the BuildTeam, with a few sentences about everyone from the core team!

@thecryptodrive, BuildTeam's CEO, is an industrial and tech serial entrepreneur, with an extensive history of business and real estate experience.

His previous roles include acting as a co-founder of an Internet Service Provider and following that role he acted as a CEO of a steel and industrial services business.

He holds a Bachelor of Commerce degree in Information Systems and Marketing from the UKZN University of South Africa, as well as a long list of diplomas in Financial Accounting, Media Studies and Metallurgy.

@thecryptodive is an early adopter of Steem and trusted consensus witness who constantly innovates within the Steem community with unique project ideas.

He also handles the payroll and the semi-monthly BUILDTEAM token distribution.

@cryptomancer hails from Issaquah, a small town near Seattle in the United States. He graduated from the University of Washington in 2003 with a B.S. in computer science and a minor in mathematics. Erik spent several years as a developer in the finance industry, working for various global investment banks, before finding his true calling in the crypto space.

Our German CTO @reggaemuffin focuses on building applications that fulfil concrete needs in the most ethical way possible, user-centric and fair.

@reggaemuffin brings a lot of developer talent to the table. He is proficient in many programming languages including but not limited to Java, PHP, Python, Javascript, Rust, and Ruby. He has developed an outstanding skill set which makes him the perfect leader when it comes to tackling the challenges related to blockchain development.

Recently, he finished his B.S. in computer science and moved to Ireland with his fiancée, where he intends to give his full attention to BuildTeam.

@eonwarped is a full stack developer from the USA whose main focus at BuildTeam is working on TokenBB and the BuildTeam Single Sign On.

He is also part of the Helpie witness team, involved mostly in frontend projects. @eonwarped has a passion for Math and considers it one of his hobbies.

@tdre is another developer from the USA and has Full Stack experience using Node.js, C#, Python, and PHP, working on backend, frontend, and blockchain.

He's an enthusiastic contributor to StackOverflow, the English Language and Usage stack exchange, and an avid hunter, fisherman, and outdoorsman.

@sagescrub, a web designer from the USA, is responsible for a variety of frontends for BuildTeam services. He's especially involved in the TokenBB frontend.

As a part-time homesteader, he tries to grow as much of his own food as possible and is the creator of "Homesteaders Co-op", an international marketplace that allows vendors to accept STEEM, SBD via the Woocommerce Steem Payments Plugin that he maintains. Further upgrades to this open-source plugin are now possible through BuildTeam commissioned sponsorship of his development time.

@suesa joined BuildTeam after working for steemSTEM and Utopian. As General Manager she does a little bit of everything, from writing announcements to managing internal processes, stocking the BuildTeam shop with merchandise, and being available as a contact person between BuildTeam and other projects.

A biologist at heart, she recently moved to Ireland with her fiancé to pursue a M.S. in Immunology.

@beekart is our Art Director from the Netherlands and responsible for the BuildTeam art, from thumbnails to branding to the new GINAbot design.

The Cephalopod enthusiast is simultaneously happy and sad that working remotely conceals their collection of fanciful hats.

@cryptoctopus joined BuildTeam to give TokenBB a new home, which also makes it his main project in our Team.

The Canadian father of one is an early adopter of Steem and takes actively part in the blockchain community.

@scottybuckets is the General Manager of @steemsports, writing posts and keeping everything organized. He has worked in the sports radio industry and now owns a restaurant.

As a crypto enthusiast, he enjoys the friendships from all over the world that Steem and BuildTeam made possible.

@scottybuckets lives with his wife and daughter in the USA.

The creator of GINAbot @neandersquirrel has been doing programming as a hobby for around 2 years now. GINAbot is his only project at BuildTeam

Nowadays, he has a day job working indoors for a delivery company.

@trev03 started his career as a Technical Support analyst in 2007 and then proceeded to hold various positions in the field of IT, specializing in infrastructure stream.

At BuildTeam, he is the Customer Support Admin, a job that fits his customer-driven attitude. He is very passionate about this job that allows him to work with a team from all over the world.

This South African loves sports and is very enthusiastic about achieving his health and exercise goals.

@bafi, an Italian medicine student, is not only one of our translators, but also manages the DLease Twitter account to spread the word to more people.

He's one of the few non-developer members of BuildTeam, but still an avid technology and blockchain user. Aside from his interest in Steem, he likes cardboard and strategy games and is a car enthusiast.

@lanzjoseg translates our posts into Spanish to make them available to a broader audience of users.

He is an educator at a Venezuelan University and loves reading and philosophy.

@techblogger used to hold the title of General Manager, but due to lack of time now only serves as advisor to BuildTeam.

As a graduate of Western Washington University’s Faculty of Business Management, he has a background focused on sales, marketing, management and economics.

For me it is a great honor to belong to this great team, which offers many opportunities to all who make life within the steem platform with all the developments and the tools of great help.

Sincerely Thank you, thank you very much. from Venezuela I send you a very fraternal hug.

Likewise it is an honor having you on the team @lanzjoseg! Fraternal hug to you across the oceans as well.

Hi guys. I didn't know that Jose is part of @buildteam. Wow.

Last and not the least @maxdevalue reader, appreciator and BuildTeam fan!

I love you guys and what you’re doing in our blockchain!

100% Thanks for the love and we love supporters like yourself, helps us keep doing what we are doing.

Great to see the team still together and expanding from what I recall! Happy to be a part of the growing community supporting you guys in many ways!

You have been a supporter of BuildTeam for as long as I can remember, I think you are part of the furniture now, appreciate your enthusiasm and loyalty!

Great introduction to your team. I was amazed to see @lanzjoseg to be part of your team. Great choice!

ps. are you guys planning to launch your own token on steem-engine?

Already did, BUILDTEAM is dual listed on Bitshares and Steem Engine, but staking is only possible on Btishares currently, in future staking will be available on Steem Engine.

Thank you for sharing this link with me @thecryptodrive

Will check it out right away,
Piotr