US Customs Seizes ... the Tip of the Iceberg! 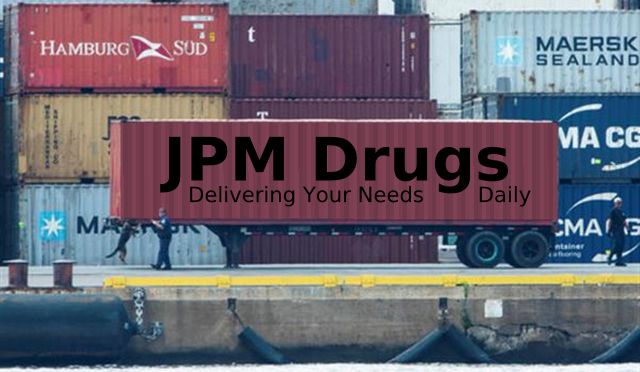 And it is being touted as the biggest drug bust ever.

This is about as far from the truth as you can get.

The amount of (illicit) drugs a large city uses is a semi-truck load per DAY.
Not a briefcase.
A big truck, every single day of the week.

And the amount of money being processed and then laundered?
Only the largest banks in the world can handle that kind of money flow.
And, all those banks have been charged, convicted and fined for money laundering drug money.

It is nothing but a facade.
There is a continual flow of drugs.
C-130s flying out of Afghanistan. (which means pilots, ground crew, air traffic controllers... all are in on this drug shipment)
They land in america where the plane is unloaded and the shipment is stored in a warehouse and broken up into shipments. (which means lots of factory workers, lots of guards (probably police) and local officials never looking into said warehouse)
Then they are shipped all over. (which means a lot of trucks that DON'T get stopped and searched going all over, to every major city, where local police and officials turn a blind eye)

This isn't a little group. This is full time work for a LOT of people.
This isn't hidden.
You can't hide something this big.

Thus, the govern-cement is running it, or in on it.

If the govern-cement is running it, then what is this "war on drugs"?

What it is, is a plan to terrorize all american people.
At any time, anybody could be stopped and arrested (for planted drugs) or have anything of value confiscated because it might be drug related.

Guilty until proven innocent... a crime against the constitution.

And, the reason stated for the "war on drugs"? That it is to keep people off drugs.

If there is this much structure for transporting / delivering drugs
... what else is being shipped?

Epstein is being found out as just being the tip of the iceberg.

All images in this post are my own original creations.
drugsinformationwarwarondrugsbanks

It's very easy, the government has an interest in hight local drug prices. This limits the offer against demand and makes money. While I was in Brazil in jail there was on the Brazilian news that the Argentines didn't want to let an American military airplane take off because of a huge amount of cocaine, not pounds or kilos, tons. Probably in the US, you didn't get the same news about that.

Thanks for the real story.
I have heard many rumors of such stories.

It is hard to imagine that my govern-cement is the largest drug dealer.
Even though i can easily see all the dots. Still don't want to believe it.

There are stories I can't share, but they are really only the tip of the iceberg. Everywhere are government and there "servants" involved. I think this is also the reason why they are so mad about underground markets. But that's just my guess.

The Silk Road prosecution undertaken by the FBI put Ross Ulbrict in prison for life. The government hates competition, and they revealed just how much. Interestingly, some of the FBI guys that participated in the takedown of Ross pocketed a lot of BTC. Some of them actually were convicted and did time for it.

Usually evidence from such sources as crooked FBI agents isn't admissable, but it sure was against Ross Ulbricht.

Drug prohibition is the greatest retirement plan for dirty cops and government officials the world has ever seen IMHO.

Move along.
Nothing to see here.

JP Morgan was physically large with massive shoulders, piercing eyes and a purple nose, because of a chronic skin disease, rosacea.

His grotesquely deformed nose was due to a disease called rhinophyma, which can result from rosacea. As the deformity worsens, pits, nodules, fissures, lobulations, and pedunculation contort the nose.

Surgeons could have shaved away the rhinophymous growth of sebaceous tissue during Morgan's lifetime, but as a child Morgan suffered from infantile seizures, and it is suspected that he did not seek surgery for his nose because he feared the seizures would return. His social and professional self-confidence were too well established to be undermined by this affliction. It appeared as if he dared people to meet him squarely and not shrink from the sight, asserting the force of his character over the ugliness of his face.

He was known to dislike publicity and hated being photographed; as a result of his self-consciousness of his rosacea, all of his professional portraits were retouched. Morgan smoked dozens of cigars per day and favored large Havana cigars dubbed Hercules' Clubs by observers.

There are also theories that this thing in the photos was only one persona. And that he was using a fake nose so no one would recognize him as his arch enemy.

If you put "palnet" as a tag on your posts I could flee this place and only check my Palnet feed!

I have very few remaining friends still posting on Steemit, but I still keep having these random hopes that the good old days could somehow be revived.

So I am now watching Palnet with interest - OK its probably another scam and could rapidly turn to shit, but call me the eternal optimist :) - it does have some good bits at this point. A lot less bots, less whales, and no "featured posts" for starters.

At this point the quality of the posts on my feed is certainly better, but who knows how long that will last for - dickheads can quickly learn to put "palnet" tags on their posts too.

But it's the best alternative to Steemit I've seen so far, so I'm trying to get all my Steemit friends to tag their posts with palnet.

Here is my quick overview on all this PALNET stuff - on both platforms:

I will try for you.
i am just very slow to adopt.
Learning curves are terrifying for me at the beginning.

Palnet and neoxian are good communities.
Worth the effort to use their hashtags, imo.

"...the amount of money being processed and then laundered?
Only the largest banks in the world can handle that kind of money flow."

Most people never realize this, because the enemedia doesn't tell them. Most people have never heard of Gary Webb either, for the same reason. I found it very odd that Webb shot himself twice in the head with a shotgun when he reportedly committed Arkancide.

Almost no one knows now about the 60 Minutes segment produced in the 1980s in which the DEA accused the CIA of importing tons of cocaine into the country, even though it aired on TV. The DEA were pissed off that one of their agents, Enrique 'Kiki' Camarena, had been tortured to death when he stumbled on to a CIA drug smuggling operation.

The CIA's original ambit was heroin, and it has kept that geas undertaken since, for most of a century now. I don't think their little local cousins, the FBI, hasn't had it's hands in that cookie jar either. We know innumerable state, regional, and local cops have, because there's hundreds of convicted drug dealing cops right now.

Also, another reason for prohibition is to enable the PIC (Penal Industrial Complex) to be used to eliminate competition. I'm actually shocked JPM shipments were involved in this seizure. Must be a rogue somewhere in the law enforcement community. I expect heads to roll, because JPM investors like their money, and this is costing them some the loss of which is not insured against.

This is also the reason to laugh when they said "bitcoin is used by drug dealers".

Bitch please... excuse me, i must be proper, presstitute, if that kind of money was in bitcoin, we would be talking about how bitcoin would pull back to $10,000,000.