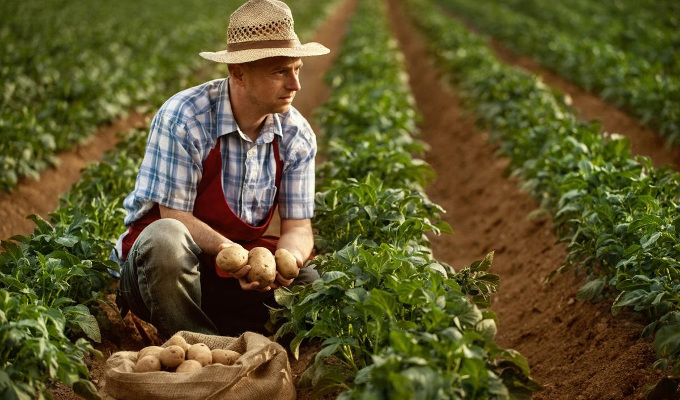 So STEEM is kind of busted up at the moment. We have a STEEM DOLLAR which is supposed to be pegged at $1 USD and has been trading well under 75 cents for over 2 months. The STEEM price itself almost hit single digits this week and we have some ongoing conflict about how, where and why the free downvotes are being used – all of which seems to be driving more established Steemians away from STEEM than attracting new people. That said, there are a couple of positive things going on that I want to help shed some light on and that’s what this post is about. Fixing STEEM.

Any long term followers of my blog (if there are any of those left) would know that I’ve been banging on about the SBD Peg to $1 USD since late 2017 when it first started breaking in a very serious way. A lot has happened since then and while I became a bit unpopular for my doomy predictions they ALL played out. We are now hopefully near the absolute low for the ecosystem and while I’d still like to see the SBD Peg mechanism itself fixed, there is an initiative via the @sbdpotato account to try and destroy some of that excess System Debt that was built up by the SBD pump in late 2017 – early 2018. Basically the idea is for the community to upvote @sbdpotato posts with the proceeds of those posts then used to purchase SBD and convert to STEEM – thus destroying the over-supply of SBD. I imagine that this rinse and repeat process could work a bit like a rolling snowball, with the cyclical conversions gradually getting bigger and bigger every 3.5 days. While there might be some value loss during the conversion process the overall amount in circulation would be periodically augmented by daily post rewards on the @sbdpotato account. The initiative is not profit driven so it does not rely on arbitrage fluctuations to incentivise conversions, thus it can be a constant debt reduction initiative that will work over time if the community supports it. 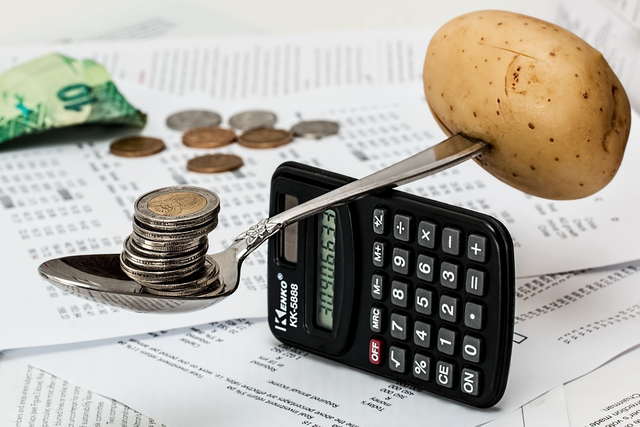 Source
The Steem Power Up Day

Now into its 8th iteration and using the tag #spud / #spud8 this is an attempt to focus and cheerlead STEEM Power Ups on the first day of each month. There are some pretty decent prizes on offer for participants from some of the more benevolent community members. There has been a lot of STEEM powered down and sold in recent times and this initiative is about trying to encourage some of the smaller Steemians to help buck that trend. If you have a reputation between 42 and 69, have existing Steem Power between 150 and 7501 then you can power up on December 1, write about it with the #SPUD8 tag and you will qualify for upvotes and prizes. If you’ve been thinking about taking advantage of the current low STEEM price and building your account a bit (like I have) then taking part in this initiative is a bit of a no-brainer. Do it on December 1 and jump through a couple of easy hoops for a potentially sweet bonus. 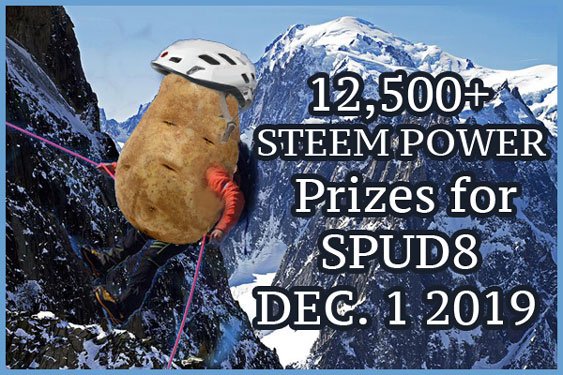 There are other worthwhile projects going on, but these are a couple of good ones that I believe will genuinely help the STEEM ecosystem if well supported. Even if it only helps in a small and gradual way it does not matter if you’re only a small player you can still get involved to assist if you want to help STEEM turn the current death spiral around. From a risk / reward perspective I do personally believe that STEEM at 10 cents is a good bet. There is still a decent chance we are going to zero, but there ARE valuable communities and content here and so there is also a decent chance we could be back at $1 in a year or 2 – which would be a x10 investment from this point. The chances of us getting back to $1 STEEM in the medium term are a lot better than 10% so it's very simple math.

DISCLAIMER – This is not financial advice

Right on @buggedout, I always enjoy our insights. I also am enjoying the pictures in your post today and have a few thoughts about them that I will share now ;)

Anyhow, thanks for the financial advice, I am now going to use potatoes as currency as you have just instructed me to do.
)

Outstanding. This is probably the best comment I've ever had on one of my posts.

They say a picture tells a thousand words, so in this case those words might be a bit garbled and random without making much sense but I guess that's part of the fun :)

Ha! Cheers Bugged! That second picture just got to me and wouldn't let go. :)

Fuck me sideways with a bargepole!!

I was halfway through a gulp of coffee when reading this comment. I laughed so hard it shot out my nose and ruined the work I had to get through this morning. I then laughed so hard and long my stomach muscles are aching and a little bit of wee-wee came out!

Re:photo #2 - if you find out what it is @summertooth I'll come try some with you.

I have to agree, great post and content but that second picture got me as well and i see sumertooth has beat me to it?

Who thought to put those things together in that way and what does it even mean!?
I cannot picture any explanation to that photo where I would say, "oh, that makes sense."

Oh my word just realized the second picture is defintely taken in South Africa ... the coins and notes are unmistakenly ours. Haha hope this brings you closer to the mystery @summertooth

Still here and still grinding away. Im not optimistic about Steem.ever getting back over a dollar but i dont think it can get much lower and i doubt it will go to zero.

Respect! You are definitely one of the SSG stalwarts and it's good to see you sticking through the tough times. Thanks for dropping by.

You could always power up again?

Sure, just need money and steem to 11 cents lol

Thanks so much for writing about @sbdpotato

Thanks for being the spearhead for the idea and running the account.

You have been curated by @rem-steem on behalf of Inner Blocks: a community encouraging first hand content, with each individual living their best life, and being responsible for their own well being. #innerblocks Check it out at @innerblocks for the latest information and community updates, or to show your support via delegation.

Thanks so much for writing about SPUD

Hope that more people see it and support SPUD

Great!
This post make me so sure that Steem will better again with hard effort. in this situation many STeemian feels ver hard but we must struggle to stand in Steem.
As a SPUD supporter i am so glad to know that many Steemian make many effort to support it. @streetstyle has great initiative and get support form other Steemian as sponsors such @xpilar, @reflektor, @sultan-aceh, @bippe, @hingsten and the others then SPUD jut just about a movement, but also a show our love to Steem. it is about how we can participate to proof our loyality to Steem, while we hope Steem price will be better again
thank you @buggedout