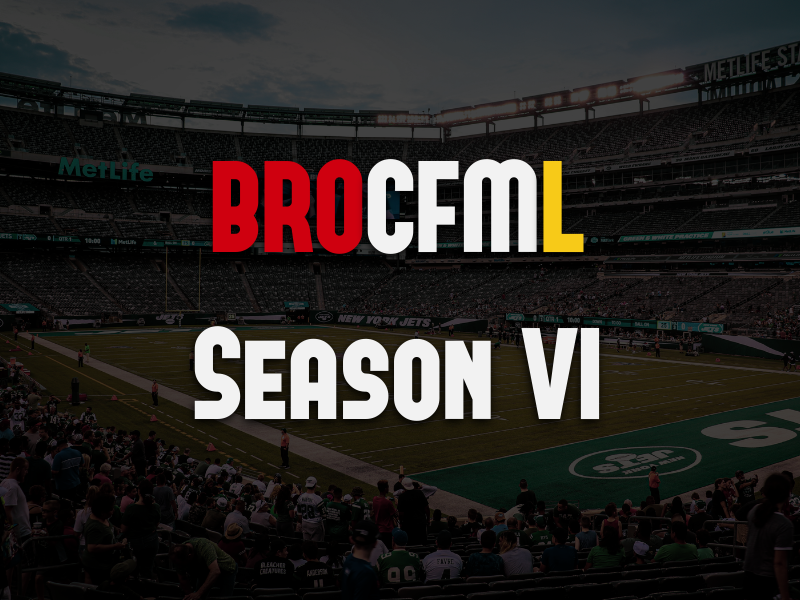 Unfortunately I don't have time to run a full season, but it's kind of pointless with super teams since we all make the playoffs in every single simulation I do and most of us only play each other 1-3 times in the regular season, although those are entertaining to watch, they are just too few to make it worthwhile.

Perhaps with more time for Season VII I will run those regular season games between human teams and sim the rest (which were all blowouts).

As far as Season VI goes, I'm not sure yet if I will be forwarding to the next season in the file like a Dynasty Mode or just running back the previous teams at the start of the playoffs (most likely). The reason it is unlikely I do it like Dynasty Mode is because I cannot guarantee all of a teams players will stick around, some choose to retire or go to free agency no matter what.

However, the mod is far different from the previous version so it should make things different enough to seem like a fresh run. The only downside would be that seeding would be the same, but then again that really didn't seem to matter last season as several visiting teams won in the playoffs. It simply seems like a better idea to run back the same rosters versus certain teams losing key players while others retain all players from last season.

You will be able to make your normal pre-game moves as always. Please use the team roster videos from last season for reference, I will not be making new ones this time around.

Since this is a shortened playoffs only season and the fact that I don't have much in the way of liquid SPORTS currently, the prize pool will be ...

All games will once again be streamed on the BROCFML Twitch channel and promoting BRO Sports & Gaming Network and SportsTalkSocial.com within the Madden game with in-game advertisements.

https://www.twitch.tv/videos/487687283
Want to see what the BROCFML is all about? Watch the BRO Bowl V and it's fantastic finish in all of it's glory!

See you on the field!