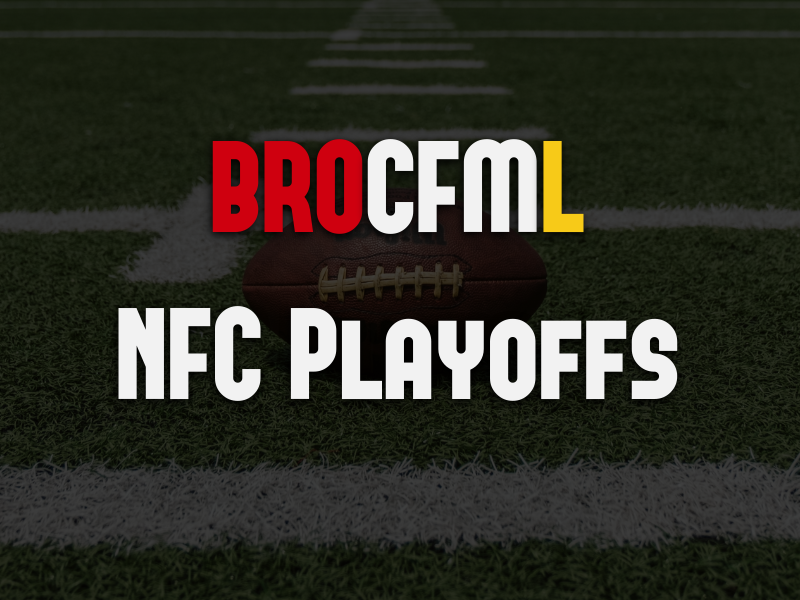 The BROCFML is finishing up Week 17 today and tomorrow and the Playoffs start on Friday 9/27. In the NFC there is one undefeated team remaining, the Seahawks, but they are being stalked by several other powerhouses. The Playoffs are really shaping up for some great games!

Seahawk's Owner Beth is as happy as an adolescent on the last day of school to be in the #1 spot, and she let's us know on a daily basis. We let it slide because in the previous four seasons of the BROCFML her team usually has a losing record and doesn't taste the sweetness of the Playoffs, like the rest of us.

Right behind her are the Cowboys, owned by @chops316, who's only loss came to the undefeated Bills from the AFC. Up until that game the Cowboys looked like the team to beat, but the Bills exposed some weaknesses and held them to under 60 yards rushing when that seemed to be their strong point up until then.

The Lions are in the 3rd spot with their only loss coming to the Cowboys in Week 11's game of the week. The Cowboys won a close battle 23-19 thanks to a tough defense that saved the game late. However since that time the Lions, owned by @michaelluchies, have rolled off 5 straight victories.

After a slow start to the season, losing to the undefeated Texans, Cowboys & Seahawks, the Saints have shined bright under Owner @celsius100. He's made some shrewd moves that have built the Saints into a contender with a 12-3 record and holding down the 4th spot in the NFC.

The Wildcard spots are still up for grabs, but are currently held by the Redskins and Bears, both AI controlled teams. However the Vikings owned by @beat-the-bookies are still in the hunt and with a little luck might just sneak into one of those Wilcard spots.

Tomorrow we will take a look at the AFC Playoff picture. In the meantime you can check out some live action tonight and follow or subscribe to The BROCFML on Twitch below.

It is a tight fight for the last playoff slot.....Looks like my practice team, the Bears, and the team of @beat-the-bookies with the Vikings, will go head to head for the last playoff slot...If the Bears somehow win that game, I will have the honor of facing my practice team in the playoffs, it looks like.....they will have a 9-7 record and the Redskins should have a 8-7-1 record (figure they will lose to @chops316 and the Cowboys.

What fun that will be......Come out and watch

So the admittedly undefeated Seahawks appear to be forever marginalized ... "Life imitates Art" ('art' in this context being the BROCFML Season This One). We Shall See, Gentlemen. We Shall Seeeeee