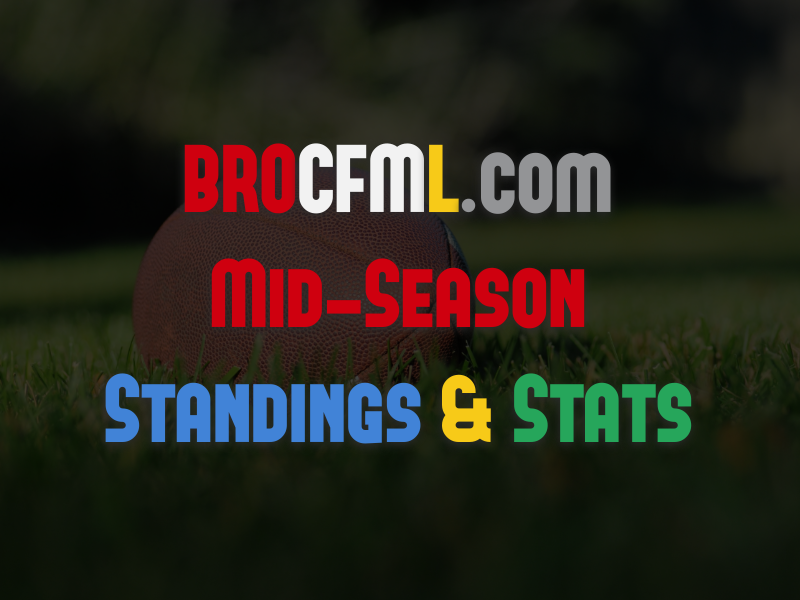 BROCFML Season 5 is entering its midpoint and team owners are beginning to look ahead at how their teams can make the playoffs.

Owners are also keeping an eye on statistics from the league since SPORTS will be given out to league winners and team owners who have players that lead the league in several statistic categories.

Through 8 weeks, we have five owners who are undefeated. There are several human vs. human games coming up in the next couple of weeks, so these statistics are sure to change. The Cowboys and Lions will face off in a great matchup later this week, so stay tuned for that.

The Saints, owned and managed by @celsius100 aka @kryptokeeper have had several tough games against human opponents, but they now look poised to go undefeated for the rest of the year with only non-human managed teams ahead.

Talent separates itself from the pack as Mahomes leads the league in passing and has @bethalea's Seahawks in prime position to contend for the BRO Bowl Championship.

Le'Veon Bell leads the league in rushing, and when it comes to broken tackles, no one else is even close!

The Seahawks have the top two receiving threats this season in Julio Jones and tight end Delanie Walker. They will be a hard duo to stop!

A look at the rest of the leaders in the BROCFML in receiving.

Tackle leaders in the BROCFML through 8 weeks.

A look at the sack leaders in the BROCFML Season 5 through 8 weeks. Unfortunately due to a bug in Madden Franchise stats, the Lions Demarcus Lawrence is not shown who leads with 16 Sacks.

Catch all of the action in the BROCFML here on our Twitch stream and use your Amazon Prime account to Subscribe for FREE to get the Official BRO chat emojis and watch all the action commercial free!

Connect your account FREE via Twitch here or via Amazon here