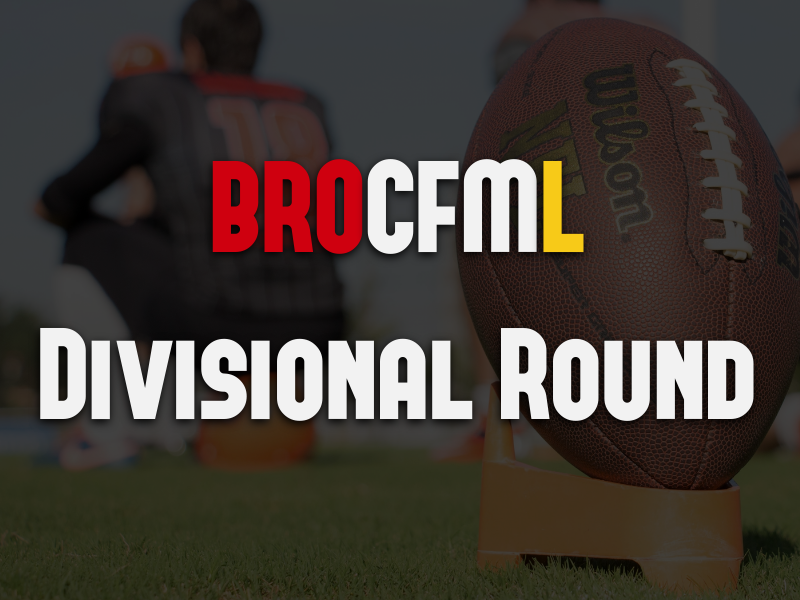 he Ravens face off against the undefeated Bills in our first Divisional Round matchup today. On their first drive the Ravens stall and punt it away to the Bills who capitalize in the snow with a long 52 yard field goal to take an early 3-0 lead.

On the Ravens second drive they are thwarted once again from doing much of anything and punt it away to the Bills. With the snow still falling, the Bills can't get anything going and are forced to punt it right back to pin the Ravens inside their own 20 yard line.
Throughout the first quarter this is a field position battle with the Punters taking center stage. The Bills pick up their next drive at their own 33, but the tough Ravens defense immediately drops Bell for a loss. Rivers follows that up with a couple of incompletions and they punt it away.
Ravens ball at their own 24 yard line and just like the Bills drive, their halfback D. Johnson is popped in the backfield for a loss onon consecutive pls. And that's where the 1st quarter ends, Bills s 3-0.

The 2nd quarter is a lot like the 1st so far, with the punters being the key players fighting for field position. The Ravens manage to dig themselves out of a deep hole deep inside their own 10 yard line with a first down. Maybe they can get something going.
A 28 yard reception from Richardson Jr. has the Ravens showing signs of life now at midfield. Perhaps their undies have warmed up. QB Carson Wentz follows that up with a nice pass to tight end Brate for a nice gain and a facemask penalty against the Bills on the next play has the Ravens in striking distance at the Bills 11 yard line.
And we have our first Touchdown with Wentz to Rodgers! Ravens 7-3 midway through the 2nd quararter.

I don't think anyone expected the Ravens to shut down Bell like they have so far, but he is being met at the line of scrimmage repeatedly. Bell has 10 rushes for 13 yards so far. Rivers however has them moving into the Ravens end of the field though with some timely passes on 3rd down.
With a nifty move the Bills wide receiver Woods picks up 32 yards juking Ravens out of their snow shoes. The Bills try to use Bell to push it in from short distance but once again the Ravens shut him down on multiple efforts.
The Bills settle for another field goal, which has to be disheartening after getting the ball inside the Ravens 5 yard line and 1st and goal. Ravens lead d 7-6.

At the two minute warning in the first half the Ravens have the ball at their own 20 yard line but can't manage a first down and punt it away to the Bills. It's a good punt that puts the Bills at their own 25 yard line to start with 1:44 left on the clock.
Bills QB Rivers comes out firing right away with a long gain to midfield with 1:01 left on the clock. Rivers follows that up with a strike to Bell coming out of the backfield across the middle of the field for a Bills first down at the Ravens 35 yard line.
Tight End Kelse gets in on the action with a catch to get the Bills to the 30 yard line where they settle for a 46 yard field goal to take the lead 9-7 in the final seconds of the first half. And that's where it stays as the Ravens just kneel it down to take it into the half down 2 points.

https://www.twitch.tv/brocfmlThe Bills get the ball first and convincingly drive down the field with Rivers looking sharp. But once again, inside the Ravens 5 yard line the Ravens defense stiffens up and holds them to another field goal. Bills lead 12-7.
On the ensuing kick off, Ravens Kelsey is hit hard by a Bills special teams player and coughs it up to Shepard who takes it to the house for a touchdown! Bills increase their lead 19-7.
The Ravens try to mount a comeback but Wentz throws a pick 6 to Bills defender Jalen Ramsey. Bills now up 26-7.
With just under 4 minutes remaining in the 3rd quarter the Ravens try a 56 yard field goal in the snow, but it's wide right giving the Bills great field position.
Rivers doesn't waste any time hitting Mike Adams for a 41 yard TD to increase the Bills lead even further to 33-7 with just 4 plays.
The Ravens start the 4th quarter with the ball inside the Bills end but can't do anything with it and on 4th and 2 down by 26 points decide to go for it. Wentz converts the 4th down play with a QB option that works perfectly to keep their hopes alive.
D. Johnson gets a nice run to bring the Ravens inside the Bills 5 yard line with 1st and goal. The Bills defense is up to the task and hold on 2nd and 3rd down forcing another 4th and 2 yards and once again the Ravens go for it only to see running back Johnson shut down in the backfield turning the ball over to the Bills deep in their own territory.

The only bright spot for the Ravens in this game so far is the fact that they've held Bell to 36 yards on 18 carries. Bell came into the game as the leading rusher in the BROCFML.
Bell finally gets a big run of 21 yards, but instead of kicking it into high gear int he open he chose to hang onto the ball with both hands slowing him down and he's tackled from behind at the 28 yard line of the Ravens.
Rivers hits his wide receiver for a 19 yard gain and the Bills are threatening again deep in Ravens territory. What started out as a tight game has now been blown wide open.
The Bills once again have to settle for their 5th field goal after getting the ball inside the Ravens 5 yard line. Bills now lead 36-7 and this game is all over except for the crying, with under 5 minutes left.
Well the Bills aren't done as they force a fumble and return it for another touchdown after hitting Wentz hard. The Ravens had a great season, but ended up being no match for the undefeated Bills who now lead 43-7 with under 2 minutes remaining.
The Ravens Kerley makes a great one-handed grab but it's meaningless at this point. And that's where this one ends, Bills take it easily 43-7. Congrats @homesteadlt who continues their undefeated season!