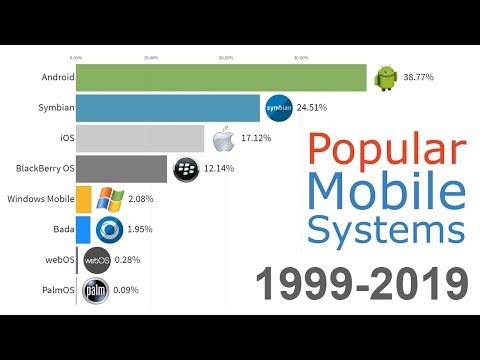 The engagement on these videos has to be through the roof and they have been getting suggested to me like crazy lately. Once they start sort of auto playing without sound on my phone I can't scroll past them. It is unreal to be honest with you. They have really been able to capture people's attention because they bring back so many memories of what you were doing in those time frames.


It blows my mind what Blackberry was able to capture and then they lost it. You really realize that with a lot of things. Things go viral and get super popular and then interest is lost for one reason or another and stuff can really fade fast in modern times.


As a reseller I was really blown away with how eBay stayed ahead of Amazon for so long on here. Pretty crazy. Amazon never faded.....they just kept coming for everyone's lunch.


Facebook is still pulling a lot of traffic even when sometimes it seems like it has partially faded and not as many people trust it. So many of these apps try to tie you into having a Facebook account it is annoying. I have shell accounts on that platform just for this reason.


If you were a gamer during these periods it can really bring back a lot of memories because so much time is spent playing games. Nintendo back on top! Mario Kart on the Switch is so much fun! how the race just became Apple and Android. I still run into a lot of people who for some reason think that there are more iPhones than Android devices or that Android Devices are for poor people. It is very strange.

Woever came up with this YouTube channel concept was a genius because it wasn't something that was going to get shadow banned and the engagement and anticipation of watching is through the roof. They really struck a gold mine with that one.

I should of did tons of vids back then but it was hard. I joined YouTube in July 2006! I knew it was going to be huge 🤦🏼‍♂️

Yeah people didn't even had a good camera in their pockets all the time. I think vlogging and stuff only became a thing since the iphone.

True that! I had a Casio camera and it was a pain just to upload vids back then lol

I had a video blog called a blogumentary back in 2008 but it was hard to monetize. I did the merch thing and sold some other stuff.

I started uploading videos in 2007 but I got frustrated because gaining a following was tough and there was no revenue sharing program so it was hard to really focus on it unless a person was subsidized somehow to create content.
Things never got easier they just sort of changed I would say

Shits funny, my first upload was in 2009... look how bad the quality was haha