Adventure on the Sharr Mountains 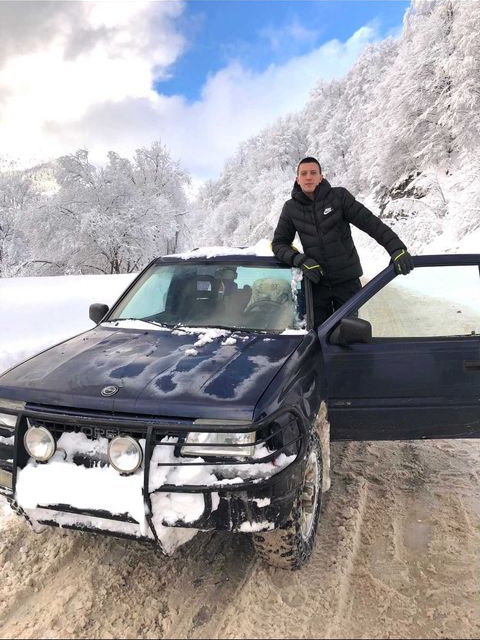 This winter has been really interesting and exciting. I went to Shar Mountain, everything was so beautiful and white. Snow-covered everything, nothing could be seen except the traces of car wheels. I love winter and winter white days. It would be a shame if I didn't leave.

Shar Mountain, or as we call it for short, Shara, is one of the 5 national parks of Serbia for which it was declared in 1986. Shara is located in the very south of Serbia, in the area of AP Kosovo and Metohija, on the border with Macedonia in the length of 85 km. It is believed that it got its name thanks to its colorful landscapes, which are most pronounced when it is covered with snow. Steep cliffs and elevated rocky areas do not allow the snow to evenly cover the mountain, so its slopes look colorful from afar. These "patterns" were furrowed by powerful ice movements from the ancient ice age, leaving behind numerous traces in relief, such as circuses and glacial lakes.

The average height of the hundred peaks that make up the main ridge is about 2000 m, of which about thirty peaks exceed a height of 2500 m, and the highest peak in Serbia is Bistro with 2661 m above sea level. Shara is steep, rugged, and wild, ideal for fans of extreme sports and off-piste skiing, and it used to be a famous ski center for serious skiers and competitors.

Shar-mountain hides something that is not so dangerous and rough, it hides the tenderness and beauty that it keeps among its hard-to-reach places, and those are glacial lakes. About 27 lakes are located among the slopes of the Shara, and because of their incredible clarity, they are called Mountain or Shara Eyes.

The flora and fauna of this mountain are very rich and diverse, it is home to about 1,800 plant species, among which 175 are strictly protected and 268 protected species. The most common conifers are munica and spruce, but there are also a large number of mixed deciduous forests and rocky areas that represent the habitat of the Balkan lynx. With 147 species of diurnal butterflies, it is one of the richest areas in Europe, and over 200 species of birds make up 60% of the total number living in Serbia. Numerous relics and endemic species can still be found on the Shara, such as the Dinaric vole, the golden marten, the white marten, the otter, but also the wild cat, lynx, bear, and chamois. Poisonous snakes, hippopotamuses, and carp are also present.

Another thing that gives a personal stamp to this mountain and my favorite when the values of Shara are in the trajectory is the dog of the Sharplaninac breed, which is the guardian of this national beauty. Sharplaninac is a shepherd dog of exceptional intelligence and physical abilities used to guard the herd, but also as a protector against forest beasts. Apart from being an autochthonous species, it is loyal and faithful to the family with which it lives, and there are frequent cases in which it saved owners from various risky situations.

Apart from various natural beauties, Shar Mountain is rich in cultural and historical monuments that are important for Serbian identity and history. In addition to medieval fortifications, settlements, and bridges, there are also 34 churches and monasteries that are also under UNESCO protection.

Shar Mountain is undoubtedly more than a national park, it is a postcard of a country that depicts natural plant and animal beauty, tourist attraction, but also cultural and historical values.