STEGOS -An Immunity against Surveillance: Run Your transactions; Remain Anonymous 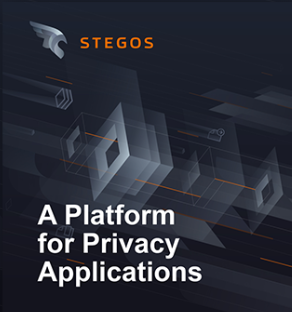 If we all could harness the full potentials of Blockchain technology, only then could the revolution of immutable ledger-keeping transactions/data begun. The diverse ability of the digital messianic tech is enormous to solve roughly 75% of the world's aggregate problems. Cryptocurrency (for instance) as a vine, relying ultimately on blockchain's strength focuses on restoring transparency, create immutability through harnessing blockchain capacity and facilitate easy, fast, secure and cost-reduction transactions in financial dealings. Using cryptography, it acts as a medium of exchange through a peer to peer technology that creates and manages monetary transactions with view to eliminate centralized authority. The real ideology behind cryptocurrency is to establish a decentralized environment where digital assets can be exchange serving as financial tool in a trustless environment where the trust of the other is not needed to complete a transaction.

The ability blockchain uses to render transactions public can as well be revamped to completely render transactions or data untraceable. This is an astonishing diverse ability it possess and innovations seem to be limitless where blockchain is concerned. Whereas the need for openness arises due to the cravings by certain percentage of users, so also is the need for privacy by another. You would agree with me that adoption of blockchain technology and crytocurrency in the private sectors/enterprises, others is greatly hindered by the supposedly benefits it gives to others. The need for mainstream adoption prompts privacy-oriented blockchain segment.

Openness is being abused as there are unscrupulous act being tested and unleashed every now-never-seems-to-stop, targeted at accounts having considerably huge funds to either stealing from them or for surveillance purpose especially government interference. Stegos gives us answers to this. Now, I'll answer this question:

Stegos is privacy-oriented blockchain platform that seeks to empower users through its enormously sophisticated features that restores full privacy benefits to them and a resistance to surveillance. Privacy now becoming treasure that needs to be taken very seriously hence STEGOS. It uses an advanced gamified proof of stake algorithm for achieving consensus among the nodes.
The Stegos application is configured to allow an average users send payments and engage in social activities (messages) easily. Both tech and non-tech savvy can harness the capabilities of codes built into an application - Stegos. Some proposed unassaialable features expected on the Stegos App thus: An integrated messaging (very powerful and immune to surveillance), an encrypted peer-to-peer on-chain messaging feature (resistance to surveillance, embedded feature that enables everyone participate in validation service and node program. and so on.
Stegos is absolutely private, secure, scalable, fast and compact and designed for everyone. I will briefly highlight one vital feature that makes Stegos completely privacy-oriented: